Insight: Residual value gap between automatic and manual continues to widen in the UK 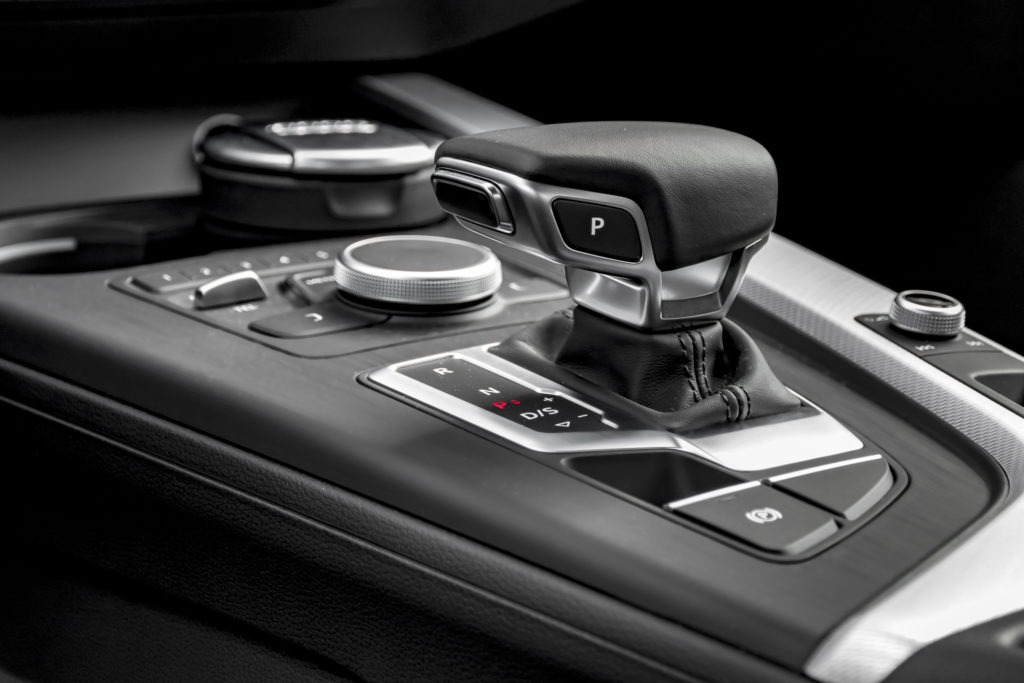 Despite growing volume of automatics in the market, their popularity continues to rise in the UK due to immeasurable improvements in their sophistication and quality, says Glass’s.

For many people, choosing to drive an Automatic car in times gone by was considered an expensive luxury. In the 1970’s, the Auto gearbox was pretty rare and generally only seen in the larger prestigious saloons of the day like a Jaguar XJ.

Automatics were normally considered sluggish, as often they only had 3 gears. They were notoriously poorer on fuel economy than a manual, expensive to repair, and of course labelled as ′not a true driver’s car.’ But now, often autos have more gears than manuals and can be very economical. Some even come with F1-style paddles to give that sporty drive when required.

Now that autos are far more common and have evolved from a performance perspective, how do sales volumes compare to manual variants? For comparison purposes, CVT, Automatic, and DSG gearbox types have been grouped together, as to drive these, represents a similar experience.

In terms of volume sales, based on registration data from the SMMT, the chart below shows the split between manual and auto gearboxes. There has been a steady increase in market share for autos over the past 19 years, from under 15% in 1998 to over 35% today.

The chart below shows how residual values for both manual and automatic have fared for 2 year old cars, over a similar time frame. Residual values are expressed as a percentage of original cost new price. The dotted line is actual while the smoothing line is a moving average to remove plate variations. 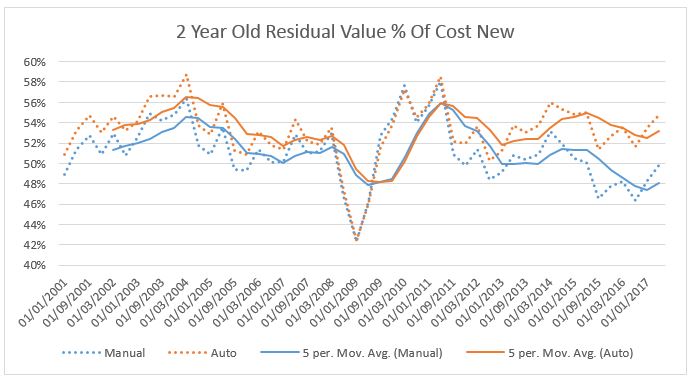 The chart demonstrates that there has nearly always been a premium for autos, but over recent years this has grown from 2% to over 4%. The exception being the global financial crash and subsequent scramble for used stock in the aftermath.

There are many reasons for this increase. Over the years, the sophistication and quality of non-manual gearboxes has increased immeasurably and they are now available across almost all makes and models, so the additional choice has helped fuel the increase in registrations. In addition, as mentioned before, some autos are more efficient and produce less CO2 than their manual counterparts, resulting in lower benefit-in-kind (BIK) and tax burdens.

So in conclusion, with more availability across models ranges and ever improving automatic style transmissions, combined with traffic increasing and queues getting longer, the ease of a non-manual has become more appealing than ever.