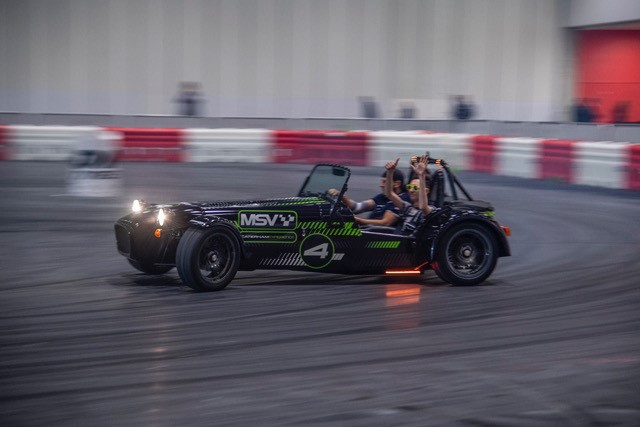 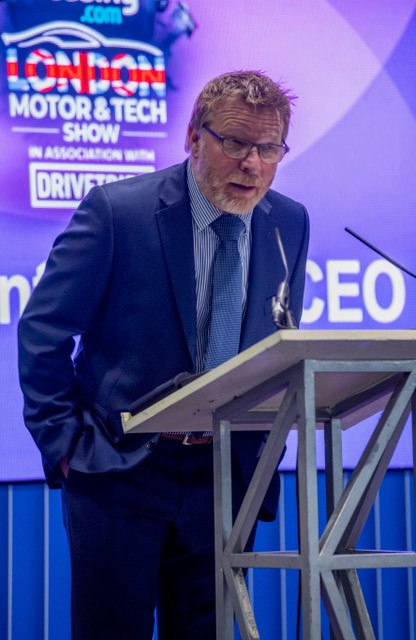 Autovista Group Journalist Phil Curry caught up with the London Motor and Tech Show’s CEO Andy Entwistle to find out why the event has taken the direction it has, what it plans for the future and whether its model really is the future of the motor show in general.

Four years ago, London regained a motor show, albeit one very different to what had been before. Today, rebranded as the London Motor and Tech Show, the team behind the event is looking to gain further manufacturer support as it displays its differences.

As we stand in one of the halls at London’s ExCeL, surrounded by various cars and traders and next to the Live Stage zone where TV Personality Mike Brewer has just presented a design award, it is clear that this motor show is very different to those held in Geneva, Paris or Frankfurt.

′Motor shows need to develop and change, having a lot of cars sitting in a room is a bit old hat now,’ says Andy as he surveys the scene. ′The industry is changing; it is all about technology now. If you look at the US, manufacturers are moving away from the Detroit motor show to CES because they want to be as seen as tech companies that build cars, and we are trying to embrace that over here. This is why we’ve rebranded this year.’

Has the change in direction, towards a more ′family friendly’ type of show, bringing customers together with manufacturers and including lots of entertainment, from its live stage to the arena area with stunt driving and other attractions, been difficult? 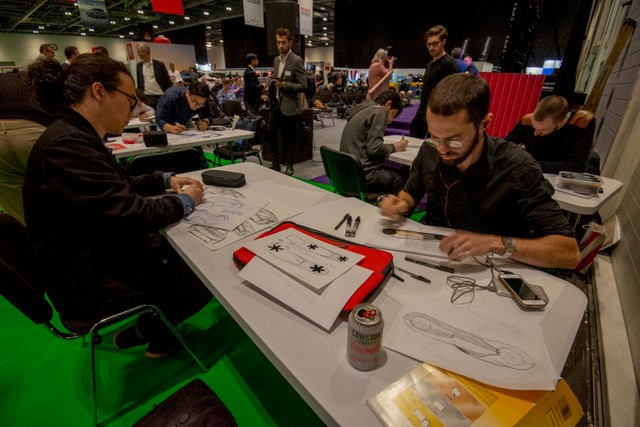 ′We have this great brand, The London Motor Show, which back in 2006 and 2008 [the last two times the original format ran] was this huge event, but that brand also brings huge expectation,’ muses Andy. ′That type of motor show is dying, the like where manufacturers would spend millions to stand out, such as Geneva, for example. We want to move away from that. Geneva is a fantastic show and has its place, and we are not trying to compete with that.

′What we are doing is trying to create something new, something different, with cars you can actually buy. You look around, and you will see we do not have the big ′gin palace’ stands, which carmakers spend a lot of money on. I want this show to work on a level playing ground, where everyone can show the vehicles they have bought without the need to compete for attention.’

′This is a very different show from the old one,’ he continues. ′It is all about creating a really good day out, so you come along to see the next car you might want to buy and have a look at the technology. Then amongst that, you can look at the nice supercars on display, have a go on the ′wall of death’ [a ride in the arena] and check out the live action that is taking place. We are trying to create a great day of ′automotion’ at this event.’

The rebranding may highlight the fact that there is more to cars today than just tyres and metal, but how has the London show embraced this? 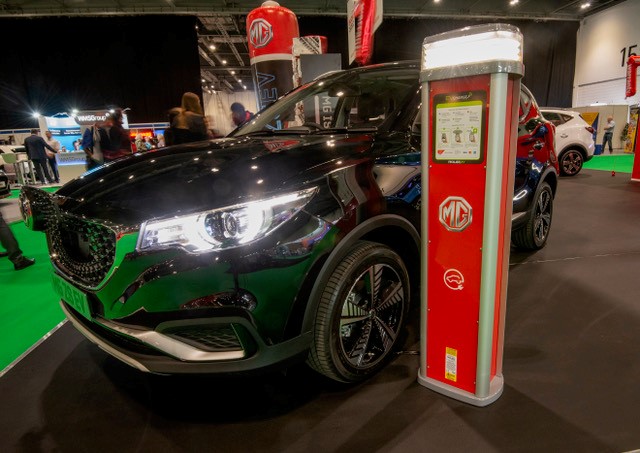 ′We have the EV Zone, with eight electric vehicles on display, and we have Tesla here too, who are supporting us,’ highlights Andy. ′We have electric motorbikes, and we also have MG launching their new ZS EV, which is a great coup for us. I see the show developing much along that line; it will become a combination of the old and the new – petrol engines and classic cars that all petrolheads love, but the new technology for the new breed of motorist will prevail., so we are all about embracing that. Equally, we want the industry to embrace the show, and we believe there is more to come from the manufacturers.’

On the subject of manufacturers, I asked Andy how they were supporting the show and whether some of the bigger companies who were not present in 2019 were interested in attending in the future.

′Some of the other manufacturers have not quite got behind us yet, and in some cases, they’ve made introductions to their retail networks instead, so we have Glynn Hopkins, the Hendy Group also here representing a lot of brands. We have started to build that momentum. The manufacturers that are in here love it, see what we are doing and are supportive. I’ve just got to get a few more across the line, which I think I will do next year.’

The UK is suffering from poor sales of new cars at the moment, and while there are several factors in this issue, the problem of actually enticing customers into showrooms is one which the industry is trying to solve. With this in mind, the London Motor and Tech Show are well placed to bring carmakers and buyers together in a fun and friendly environment.

′We are trying to put buyers in front of the manufacturers,’ Andy states. ′This is not a show where you can see concept cars that people can’t buy. It is very nice to have two or three standout vehicles there that will bring the crowds in, but what I want are real cars so that people can come and buy.’

′We all know that there is a big move towards people buying online, and that is natural, and a lot of manufacturers are now starting to sell direct,’ he continues as the discussion moves to physical sales tactics. ′But I know that cars are a big purchase, and a lot of people will be nervous about buying a vehicle that they haven’t even driven or sat in – so this show should be the biggest sales opportunity for any manufacturer. People will come here, they will sit in your car, and they will compare it, then go away and make that purchase.

′If I remember correctly, 37% of last year’s visitors who were looking for a car said the vehicle they saw at the show influenced their purchase decision. That is what I mean about supporting the industry. The show gives the opportunity to put up to 50,000 people in front of a carmaker and I want to double that next year.’

Finally, talk turns to next year’s event, and the plans for future shows. ′Bigger, better, faster, I’ve got a real vision for this show, and this is really just the starting point of it,’ Andy concludes. ′We have a great live stage, lots of cars and lots of fun this year. I want the non-petrolheads to enjoy it because it’s a good day out, and I want those real enthusiasts, teenagers and families to enjoy it too. I think we will take this concept and grow it. In the future, there will be more going on in the arena and more manufacturers here. I want more fun. We will invest more year-on-year and the increased success will bring more and more people through the door. It is taking this concept and growing it.’