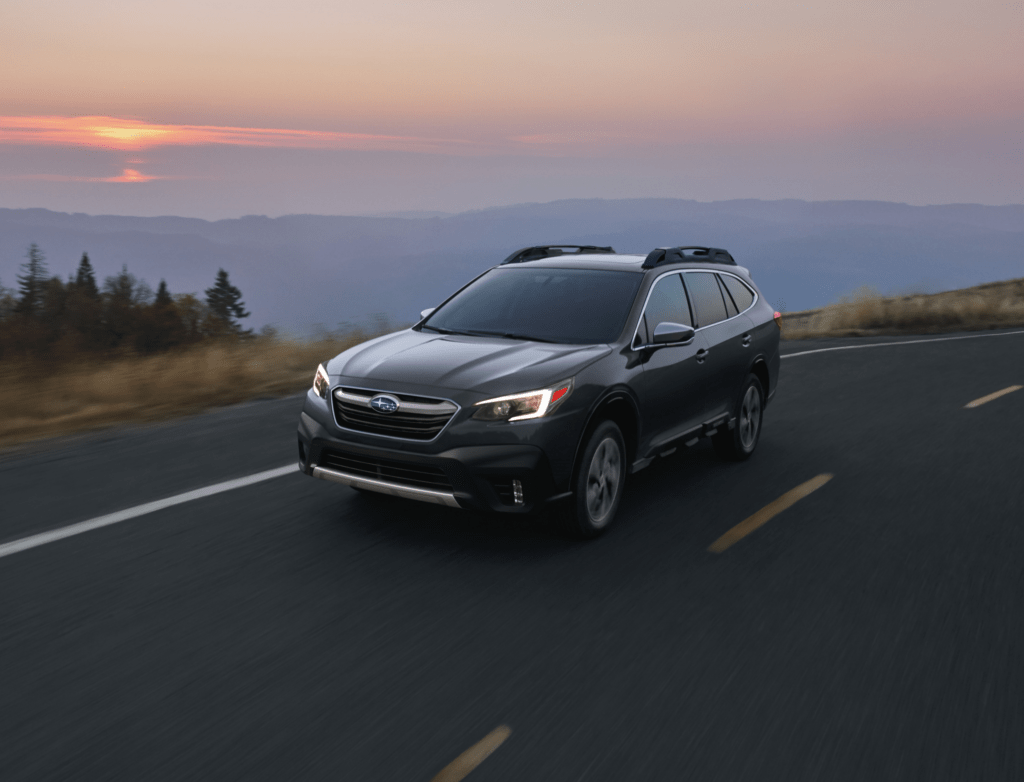 Autovista Group journalist Phil Curry spoke with Subaru UK managing director Chris Graham about the past, the future, diesel and Brexit. This follows on from his interview with Subaru’s automotive development director Torbjörn Lillrud.

Subaru in the UK is undergoing something of a renaissance at the moment, under the direction of new MD Chris Graham. The head of the brand for the distributor, IM Group, has a clear plan for the growth of the business.

Chris has a clear goal and, looking at different markets, believes it can happen. ′We intend to sell 4,000 cars this year, and 10,000 by 2025,’ he says. ′When you look at the volumes that are sold, and the share that is achieved in other countries, such as the Nordic region, it is entirely possible. If we had the same market share as mainland Ireland, we would be selling 6,000 cars a year. If we had the same as Estonia, we would sell 146,000 units. That volume is not going to happen, but if they achieved it there, it proves that anything is possible.

′Spain had the highest growth in 2018; we were second. Do they have worse roads than us or more need for rugged and reliable vehicles? Not really, the country is almost the same as the UK; it is just that they started their plan around three years ago, while we are just one year into ours. Therefore, we can hope that in two years, we can go to our annual distributor meeting with the biggest growth.’

Our conversation also touched on Subaru’s past, which in the UK still revolves around its motorsport heritage. This is something Chris is keen to move the brand away from.

′My biggest battle has been with the image of the brand, and the hangover from our motorsport successes in the 1990s,’ he muses. ′It is not just a throwback to Colin McRae, but a throwback to a high-performance turbo car that has of course now been replaced by a 2.0-litre vehicle with no bonnet scoop and much more compliant suspension, higher profile tyres, smaller wheels and so forth. The car still drives beautifully, but if you drive over a cigarette paper, you do not feel it!’

I put it to Chris that the industry is currently being reactive, rather than proactive, for the first time in quite a while.

′I have never seen as many changes, and as often, in all my career, and I’ve been working in the industry for some time,’ he replies.

′We had challenging times back in the day with fuel prices and things like that, but nothing like what the industry is going through now. What is difficult is not just the new rules and regulations, but the timetables for them as well. For example, Euro 6d-TEMP engines were due to be introduced in 2020 but they have now been brought forward to August this year, and the timing of that announcement gave us only 16 months’ notice.’

However, Chris is philosophical about such situations. ′You either worry about these things, and don’t move on as a business, or you focus on the job in hand, and that’s what we want to do,’ he comments.

Talking about rules and regulations moves us to the inevitable discussion over diesel. Subaru removed the engine option from its range in 2018, and I was keen to find out if it had affected the company.

′During 2015, when I was working for IM’s Citroen distribution in Ireland, and when the diesel scandal broke, my view was that in Scotland and Northern Ireland, if it didn’t have a diesel badge on it, a vehicle would be unsellable,’ he reflects. ′Therefore, at one point, I felt that Scotland would see a hit when we stopped diesel sales as the technology took 25% of the natural volume of sales in the region.’

′However, our dealers and regional managers all got behind the initiative, with the attitude of ′why wouldn’t people buy a petrol vehicle?’ and as a result, last year, Scotland was our best performing region for sales. That attitude was so encouraging we have adopted it across the rest of the country, especially in the north, where diesel is still a popular choice,’ Chris adds.

Of course, I could not speak to the MD of a brand in the UK without mentioning Brexit.

′I don’t think it will look any different if we are in or out of the European Union, that’s our view as an importer,’ he responds when I asked if the situation will cause problems for Subaru. ′I think the effect it has had is that some of the customers thinking about buying have deferred until the situation is clear.’

′If we have import duties to pay, then I do not think that overnight things will become cheaper or more expensive. I do not think that regulation-wise it will impact us too heavily either. For example, I’ve spoken to representatives of other countries outside the EU about emissions regulations and they have adopted the same current European rules, a target of 95g/km and fines for every gramme over.’

′We receive our parts directly from Japan. However, we do then export to Ireland, together with CitroÃ«n parts for IM’s work over there. That may be the only sticking point from a business point of view,’ Chris comments.

Finally, I was interested to hear what Chris had planned for the future. With Subaru moving forward in the UK, spending more on marketing and concentrating on areas it had lacked in before, what is the direction the brand will take going forward?

′Our main plan is to grow our dealerships,’ he responds. ′However, we also need to ensure we continue working with the right companies. We currently have 76 dealers, yet around 25 of these are under scrutiny. We do not want to lose any of them but they’re either not putting the effort in or are preoccupied with their other brands.’

′We are growing; we have great new products about to launch, so we are not there to have territory tied with someone who doesn’t want to give the brand any attention. We will change possibly 25% of our dealerships. We will look for small groups or mainly owner-operator dealerships; family run businesses appeal to us; it is right for the brand. We have some open spots across the country that we would like to fill, and we will grow the network in line with the volume. We may get into the 90s in terms of dealer numbers but I want to grow the network as I do the volume, naturally.’

I asked Chris to elaborate on his wish to proceed this way.

′Anyone can do boom or bust,’ he replies. ′I could knock £3,000 off our cars tomorrow, and we would have a spike in sales. However, it is wrong for the customer, wrong for our dealers and ourselves. The customer gets money off, but in five years if there is no further deal, they are gone, and the dealers will fail to retain customers. I think consumers today are keen to ensure whatever they have bought is reliable, efficient and the service is excellent. That is the opinion of ourselves we want to achieve, and we will not stop until we get there.’