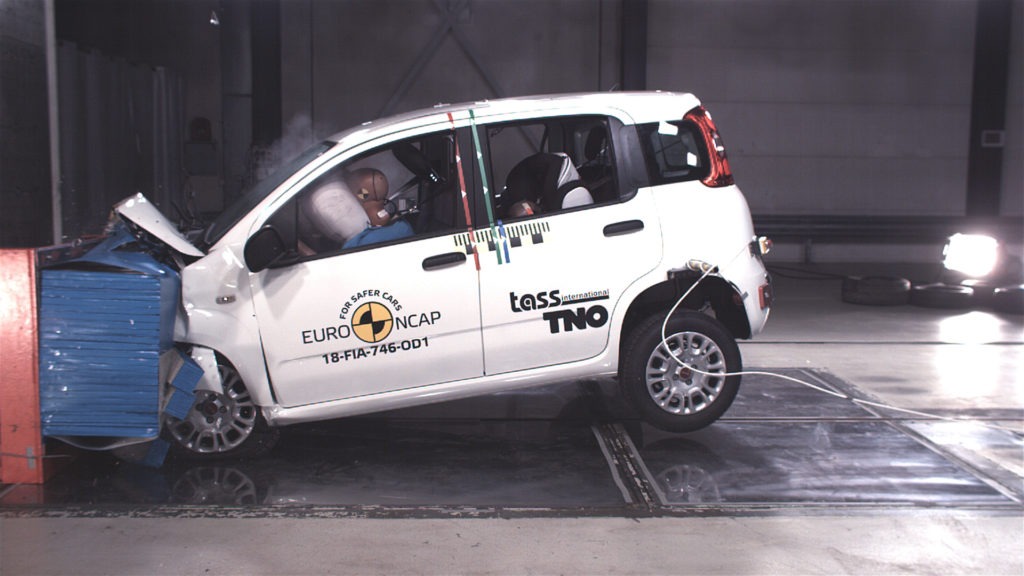 Vehicle manufacturers are tasked with producing some of the safest cars in Europe; a standard many achieve often. With this in mind, Autovista Group journalist Phil Curry spoke to Michiel van Ratingen, Secretary General of Euro NCAP, to find out more about the organisation and its changing role in vehicle safety. In a second part of this interview, to follow, we will discuss the challenges it faces with future vehicle technology.

What is the role of Euro NCAP in today’s automotive industry?

We deal with at the same time many problems. One, of course, is that we continue to provide and expand objectives and scientifically based information to consumers to get them to trust in the products they buy on the market. That has been the case for the last 21 years and is really our core output.

However, the vehicle industry has moved on so quickly in the last decade, and now it is, relatively speaking, making vehicles much safer. Therefore, our role now is as a watchdog. We are looking at the vehicle manufacturers that are underperforming in safety and not putting the equipment on the cars and trying to save costs at the expense of the purchaser, who may be unaware of what they are doing. This combination of providing information, but also being a market watchdog, is our primary focus, keeping the automotive industry tight to the requirements of safety.

We are also strong at being a ′catalyst’ of innovation in the marketplace, really pushing for the increased fitment of safety technology across the 28 member states of the European Union. We push for higher fitment rates and specifically the need to make such equipment a standard component of a vehicle, rather than just an optional extra.

During the year we spend a lot of time trying to understand what new safety technologies are coming onto the market, and once we do understand them and can see their benefit, we look to develop test procedures around them so we can easily assess the technology and help to bring system costs down for manufacturers prior to standardisation.

One such example of this would be Radar sensors, which dropped in price tenfold over the last seven years. This is not because the technology is much cheaper to make, but is down to the increased demand for the technology compared to ten years ago. With standardised procedures for testing, manufacturers are confident that they can achieve five stars in crash testing with the technology. Therefore they are fitting them to more and more vehicles, making it more affordable for the consumer.

How has the role of crash testing changed the automotive industry?

You have to look at the different stages of the last twenty years. When we first started doing this work and showed the good and bad examples of vehicle construction to consumers, it had a huge impact on their buying decisions. It was influential then. Today, if you look specifically at crash testing, I do not believe it has the same impact anymore. People have seen so many crash tests and it still catches their attention, but we do not see many bad vehicles any more as far as crash performance is concerned.

Therefore, for us, we naturally change the scope from looking at occupant protection in accidents to what technology we can show the consumer, which can help them avoid crashes in the first place. This is the reason why we have widened our scope for testing, because we believe that the consumer needs to be better advised, and not just look at cars being put against a wall to see how bad or well they are performing. Instead, we can help them to see what other systems they can buy in their car that will protect them in case anything goes wrong.

What is required to achieve a five-star rating?

Right now, Euro NCAP is the most comprehensive of all the NCAPs around the world. We started looking specifically at crashes, and very early on looked specifically at the safety of children in the vehicle, offering vehicle manufacturers the requirements to ensure they were designing cars that would protect not just adults, but infants while in transit. We also looked early on at pedestrian safety, asking how we could design a car that takes into account any accidents involving those outside the vehicle.

These things are still in the rating system today, but in the last decade, we have added more and more, in regards to driver assistance systems, for example, autonomous emergency braking, lane support systems and so on. The latest system we have added to our requirements is Emergency Lane Keep, which uses radar information and does something to make the lane keep system much more intuitive. We believe in this very strongly, as current lane departure systems irritate drivers and many choose not to use it.

All these things together are needed to fulfil our top requirements to get five stars. This is why, if you look at our latest results, the Jeep Wrangler, for instance, if it comes with just the bare bones, it is impossible to get a five-star rating. In fact, it is impossible for it to even get two stars as standard, with just the seat belt warning included.

Most of the cars today, around 99% of new models, will have at least seatbelt reminders, some lane support, some speed support, and there is a natural evolution towards automated driving, which will be the next big technology to hit the market.

Will manufacturers have to look at the results of your testing and go away to improve safety?

We normally test new cars that come to the market, but sometimes we will pick an old vehicle to test, if we believe that vehicle is still for sale and has been for way too long, competing unfairly on price with other newer vehicles in the same segment that are much better equipped. The only way we can point this out to the consumers is to test again with today’s standards.

In our recent test, the 1.2-litre Panda model achieved zero stars, only the second vehicle to obtain this score. This first, last year, was the Fiat Punto.

Most of the time, the response of the vehicle manufacturer is to pull the car from sale. Last year, with the FIAT Punto, as soon as we nominated the car for testing and they knew they could not avoid it, they took the decision to stop selling it.

With the Jeep Wrangler, it is a different story, as the model tested is the North American model. The company believes its drivers are very clued up on safety and will, therefore ′spec it up’ meaning it is a deliberate choice to offer it as standard with no active safety equipment. It is, therefore, our job as a watchdog to remind people what comes with this car. It is a nice looking vehicle, a US icon, but please be aware that this is not up to par with other cars that we see. For example, the new Mercedes G-Class, which will be a five-star car.

The EU commission released road safety stats for 2017 with a drop in fatalities. They have targeted a zero-fatality rate by 2050, what can Euro NCAP do to help this?

In general, vehicle safety plays the most important role in that whole discussion. If you look at how we make sure that drivers are safer, or people in the traffic system can behave in a safer manner, together with how we improve the roads themselves and how we improve vehicles, these are the three main aspects to consider in vision zero.

The vehicle aspect has always been the most successful, as it is a system that reinvents itself every so many years. Because of their limited lifetime, cars replace themselves with something better, and this same cycle is much more difficult to achieve with roads, for example. On average, a road is replaced every 25 years. Of course, there are new paintings and markings, but to design a new road and make it better than previous ones is extremely expensive and takes a long time. With drivers, we inevitably become better drivers towards the end of our lives thanks to experience, but when new drivers come in, it is not entirely possible to teach them a lifetime of experience.

Therefore, for zero fatalities in 2050, the vehicle component is the most efficient one. If you look back over the last 30 years at the generation of vehicles that were sold around 1985 vs 1995 vs 2005, there is a huge difference in the safety performance of these vehicles. There is about an 80% reduction in 30 years in terms of fatality risk. Therefore, cars are the main driver in the Commission proposal.