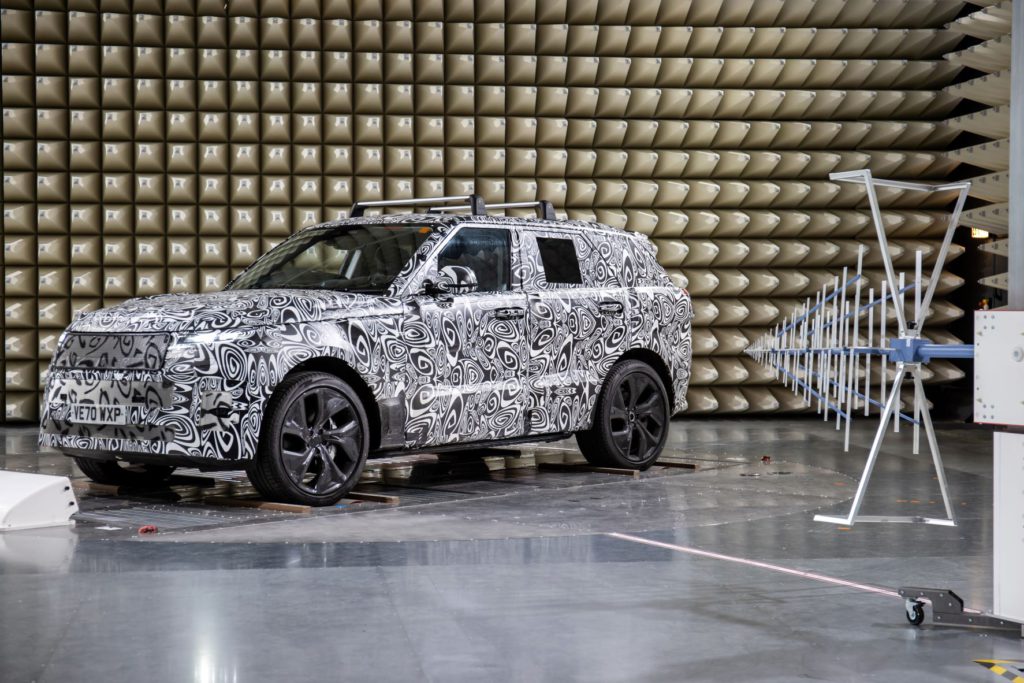 Jaguar is to become an electric-only brand by 2025, as part of parent company Jaguar Land Rover's (JLR) plans to be a zero-carbon business by 2039.

As part of a new strategy, presented by CEO Thierry Bolloré, JLR has set a path for a sustainable future. The Reimagine plan will see Land Rover produce six battery-electric vehicles (BEVs) in the next five years, with the first variant arriving in 2024. Jaguar will transition all models to BEVs by the middle of the decade.

The carmaker is looking to achieve net-zero carbon emissions across its supply-chain, products and operations by 2039. As part of this, JLR is preparing for the expected adoption of fuel-cell technology, in line with a maturing of the hydrogen economy.  Fuel-cell prototypes are set to be seen on UK roads in the next 12 months as part of a long-term investment programme.

′Jaguar Land Rover is unique in the global automotive industry,' commented Bolloré. ′Designers of peerless models, an unrivalled understanding of the future luxury needs of its customers, emotionally rich brand equity, a spirit of Britishness and unrivalled access to leading global players in technology and sustainability within the wider Tata Group.

′We are harnessing those ingredients today to reimagine the business, the two brands and the customer experience of tomorrow. The Reimagine strategy allows us to enhance and celebrate that uniqueness like never before. Together, we can design an even more sustainable and positive impact on the world around us.'

JLR will make an annual commitment of around £2.5 billion (€2.9 billion) to the plan, including investments in electrification technologies and the development of connected services to enhance the customer experience.

This is part of a plan to consolidate platforms across the business, allowing JLR to focus on efficiency in production and quality of the finished product. It will also help to rationalise sourcing and accelerate investments in the supply chain.

The announcement also included confirmation that JLR will continue to build vehicles in the UK. Its plant in Solihull will become home to Jaguar's BEV models, while also manufacturing the MLA. The replacement of the current Jaguar XJ model will also not be pursued. With its West Midlands plant geared up for BEV production, it is likely JLR's site at Castle Bromwich will be repurposed.

The company will substantially reduce and rationalise its non-manufacturing infrastructure. Its executive team and other management functions will move to its Gaydon site to aid cooperation.

The move is good news for the UK automotive industry, which is finding its feet again after years of Brexit uncertainty. JLR's commitment to the country follows Nissan's announcement that it will invest in its Sunderland plant and bring battery manufacturing to the country.

′The news that the UK's largest automotive business has confirmed its long-term commitment to the UK is very welcome and is an injection of confidence into the wider sector,' commented Mike Hawes, chief executive of the Society of Motor Manufacturers and Traders (SMMT). ′Its roadmap to a future that is built around sustainability, with electrified and hydrogen models as well as investment in connected and digital technologies, aligns with government ambition and increasing consumer expectations.

′Delivering this ambition, however, will require the UK to improve its competitiveness. The UK automotive industry is essentially strong, innovative and agile, but the global competition is fierce. The UK government must ensure advanced manufacturing has its full support, with a policy framework and plan for growth that reduces costs, accelerates domestic battery production and electrified supply chains, and incentivises R&D and skills development. Every effort must be made to create conditions that will enable the entire sector to flourish.'

JLR's decision to turn its Jaguar brand into an electric-only marque is in line with an industry that is starting to fully embrace the zero-emission technology after years of development. The timescale, stopping the sale of internal combustion engines in around four years, may sound ambitious. However, Jaguar already has a BEV model on the market, the I-Pace, while it has also shortened the number of non-electric models it offers in recent years as part of financial cutbacks.

Therefore, the company is ideally placed to make this announcement with such a short timeline. It will hope that it can achieve these targets before its main rivals, including Audi, BMW and Mercedes-Benz, and therefore take advantage of shifting consumer attitudes towards luxury BEVs.

The move to bring hydrogen fuel-cell vehicles to test this year also shows the company's proactive thinking. With electric drivetrains moving from development to production, carmakers now have space to consider the alternative fuel. Hydrogen can produce the range and refuelling times of internal combustion engines, while also producing zero emissions. The technology is already used by Toyota and Hyundai.  JLR partner BMW is planning to bring a hydrogen model to market next year.