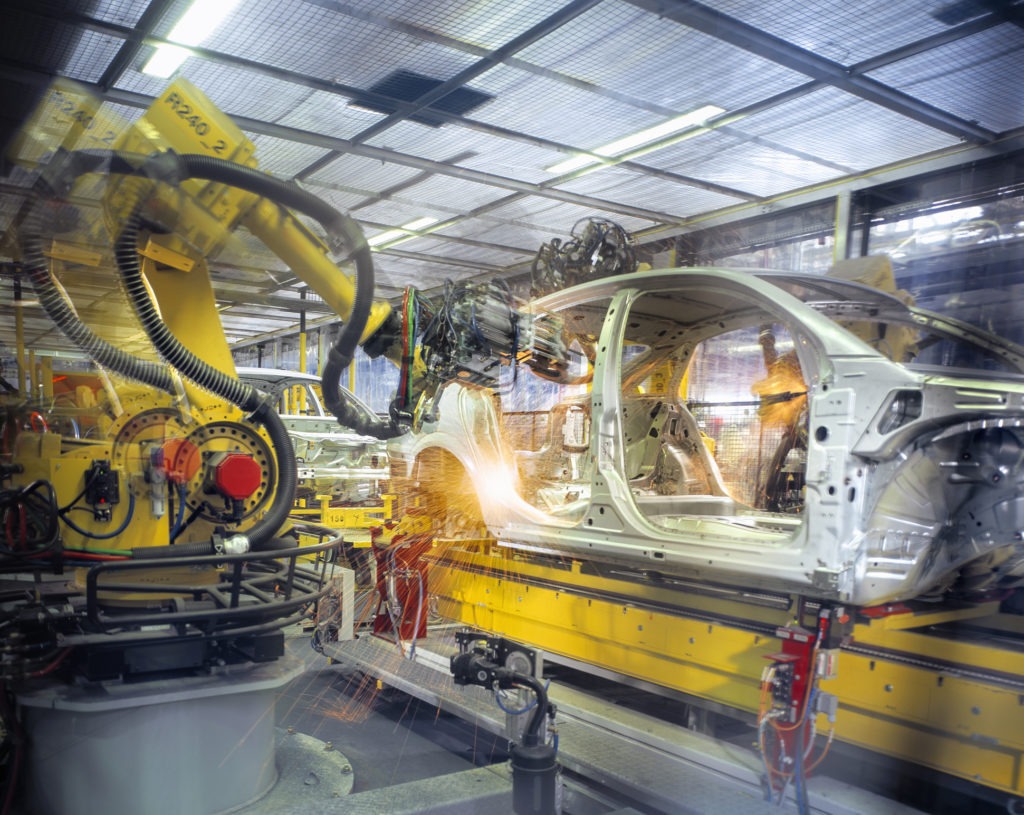 The company plans to offer an electrified version of every model in its range from 2020 onwards, following in the example of German rivals Mercedes-Benz and BMW. However, rather than concentrate on electric vehicles, the manufacturer is hedging its bets with hybrid development.

In an interview with Automobil Produktion, Wolfgang Stadler, production manager at JLR, explained how its flexible architecture would be used in all its plants going forward, futureproofing the carmaker against changing market trends.

Stadler suggested that as a small production vehicle manufacturer, it would be ′downright irresponsible’ to bet on the development of a purely electric platform when the market is still evolving, and no one knows for sure whether it will become a mainstream technology.

JLR’s new plant in Nitra, Slovakia, is due to start producing the Land Rover Discovery from September. This plant is already tooled to produce internal combustion and hybrid models, and Stadler suggested that expanding to pure electric manufacturing at the site is feasible with manageable effort. The company’s site in Solihull will undergo the development while the Discovery production is shifted.

Meanwhile, Ford’s head of German operations, Gunnar Herrmann, has suggested that the company must accelerate its development of electric vehicles, with even the current Fiesta EcoBoost model falling foul of Europe’s tightening CO2 emission targets.

′Even today’s Fiesta, which is very efficient, pushes one gram of CO2 too much, measured against the EU’s 2021 target. We can only compensate for this with electric vehicles. By 2022, we want to put 40 electrified models on the road. The customers are reserved for e-cars but rather because it still waits on the infrastructure for them,’ he told Cologne Rundschau.

Ford is believed to be behind its competitors in the development of hybrid and electric technology. However, the company realises how important it is, especially with tightening European legislation.

′By 2030, according to the plans of the Commission, CO2 emissions are to fall by another 30%,’ Herrmann continues. ′This is more of a challenge for carmakers than air pollutants. [Current legislation of] 95 grams corresponds to a diesel consumption of 3.6 litres of fuel per 100 kilometres and a petrol engine of 4.1 litres. We face this challenge and are confident that we will achieve our goals. However, this is becoming increasingly difficult as the market share of diesel vehicles, whose CO2 emissions are lower, continues to fall. And if we exceed the CO2 target by one gram, Ford faces over €400 million euros in fines. So that cannot be an alternative.’