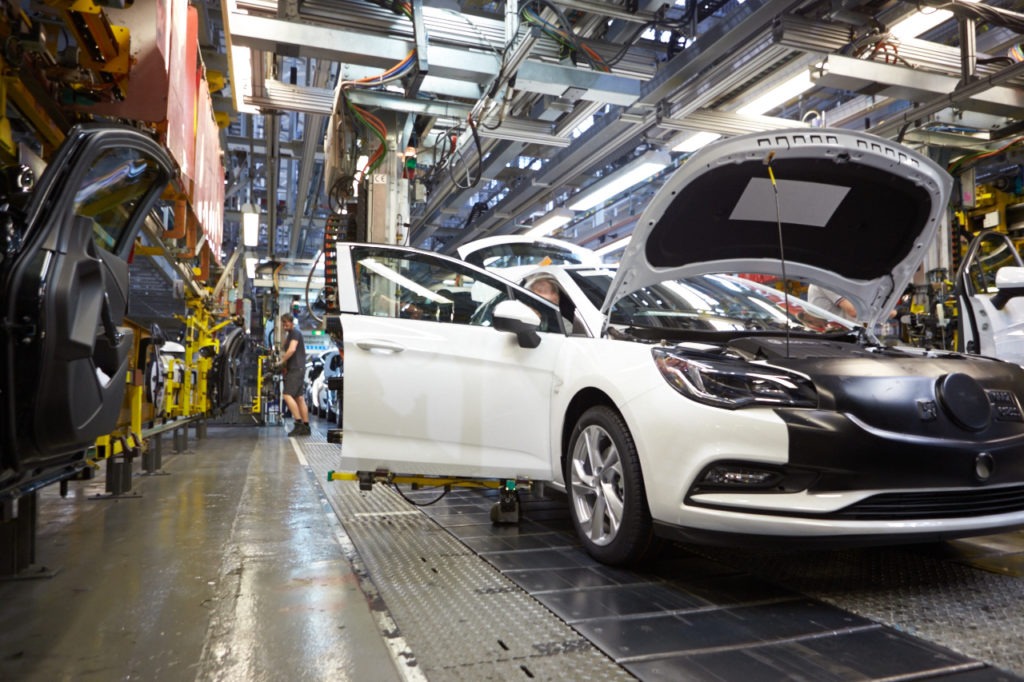 PSA Group is to cut 400 jobs at the Vauxhall Ellesmere Port plant which builds Astra vehicles, following its acquisition of Opel from General Motors (GM).

The move is sure to stir more worries over the future of the plant, especially as the plant is running under production capacity. As the new French owners look to cut costs across the Opel brand, there is potential for the group to move Astra production to a PSA plant, especially when the next generation model goes live, as reported by Autovista Group in August.

The French group has said the job losses are being implemented in order to improve the facility’s competitiveness. Ellesmere Port needs to adjust production volumes because of ′challenging European market conditions and a declining passenger car market’, a PSA spokesman said on Friday. The factory must also improve its performance to protect its future, according to the company.

The current Astra model is produced in the UK, at Ellesmere Port in Cheshire, and has been since 1981. However, in 2021, the new generation Astra is expected to be launched, and it will be at this stage that PSA will want to look at how it can use its facilities to reduce costs. Currently the model is produced both in the UK and Poland; however, with low sales, Ellesmere Port is only running at 63% capacity, far below the 80% threshold needed for it to be profitable. Another problem is that the Opel brand is only sold in the EU, so parts imports and vehicle exports will all be subject to tariffs once the UK leaves the market. In total, 80% of vehicles made in the UK by Opel are sent to the mainland, while 75% of parts used come from the continent.

Ellesmere Port’s future was already being questioned following the UK’s decision last year to exit from the European Union in 2019. That could make manufacturing more expensive if, as is looking increasingly likely, the UK fails to agree tariff-free access to EU markets. Cars built in Ellesmere Port are dependent on parts delivered from the EU, with only a quarter of the car’s content coming from UK suppliers.

In addition, Vauxhall sales fell 20% in the first nine months of 2017, as the overall British car market slowed. This means less demand for the model, and therefore production capacity falling even further.

PSA CEO Carlos Tavares said in September that PSA factories appear to be more productive than plants operated by Opel/Vauxhall. ′The gaps I have seen so far are quite big,’ he said at the IAA motor show in Frankfurt.

Tavares said last month that it was hard to decide upon the group’s strategy for Vauxhall given lack of clarity over Britain’s plans to leave the European Union.

The sale of Opel to PSA was completed in August, with the French manufacturer looking at ways to cut costs after years of loss-making with the former GM brand. A full cost-cutting plan is expected to be revealed in November 2017.

Meanwhile, Chinese manufacturer Great Wall Motor has said it is in talks with BMW over manufacturing the Mini model in the country. The carmakers have been discussing plans to launch electric and conventional Mini models in China for 18 months, Great Wall said in a statement to the Hong Kong stock exchange on Friday.

BMW had said it aims to grow the Mini brand in China, although it had not announced which company it was planning to do so with. An electric version of the car will be built at the company’s plant in Oxford.