Last-mile – what are the prospects for low-emission vans? 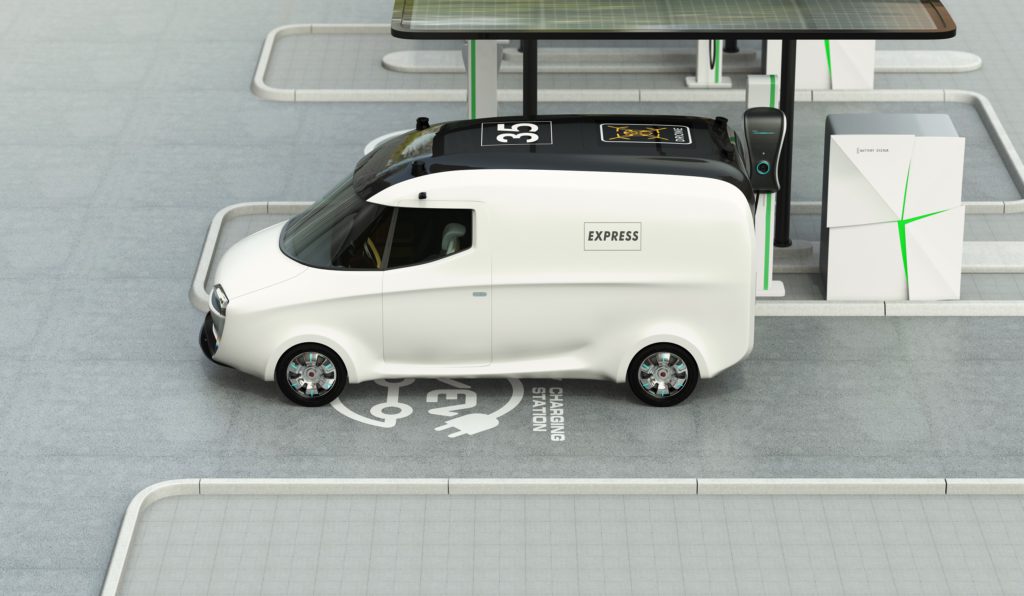 Andreas GeilenbrÜgge, head of valuations and insights at Schwacke, considers the benefits and struggles of the electric LCV market in Germany.

The electrification of the new-car market is making great strides. Battery-electric vehicles (BEVs) achieved almost 6.7% market share in Germany during 2020, while plug-in hybrids (PHEVs) achieved a further 6.9% market share. Above all, the government incentive scheme led to a licensing frenzy that tripled the numbers of BEV registrations, compared to the previous year, and even catapulted the sale of PHEVs by four-and-a-half times.

Since the incentives also apply to light-commercial vehicles (LCVs), this raises the question of whether this market looks similar to passenger cars. The sober answer is simply: far from it. The classic ′last-mile’ journeys, those conducted frequently in urban environments, together with low annual mileages and driving distances in a single day, would seem to be predestined for emission-free electric mobility.

The reasons for reservation are diverse. First of all, the range of models on offer is significantly smaller than that of passenger cars. Manufacturers are quite late in developing electric vans that are suitable for everyday use and offer an appropriate balance between battery weight, payload and cargo space, as well as an affordable list price. The issue of pricing can be explained not least by the comparatively low total number of units, which hampers cost-intensive new technical developments.

Overall, the van market does not even generate a tenth of new-car registrations and the widespread rebadging of technically-identical models does not seem to have helped. So far, only VW, with the ID.Buzz or the MOIA vehicle, and the Deutsche Post subsidiary Streetscooter have dared to develop completely new vans. The rest are limited to conversions of existing model series.

Now, however, more and more e-variants are coming onto the market. The Streetscooter models, which are now ubiquitous in the media and on the road, accounted for more than 40% of the 3.4% pure-electric share of LCV registrations, and 1.4% of the total market. The electric share of the used-vehicle market is an even more disappointing, accounting for just 0.7% of vehicles up to five years of age (Figure 1). This is mainly because Deutsche Post/DHL almost exclusively operates the 17,000+ Streetscooters registered in the last few years, and they no longer appear in the remarketing figures – just 63 since production began. After years of losses, new production will soon be discontinued. 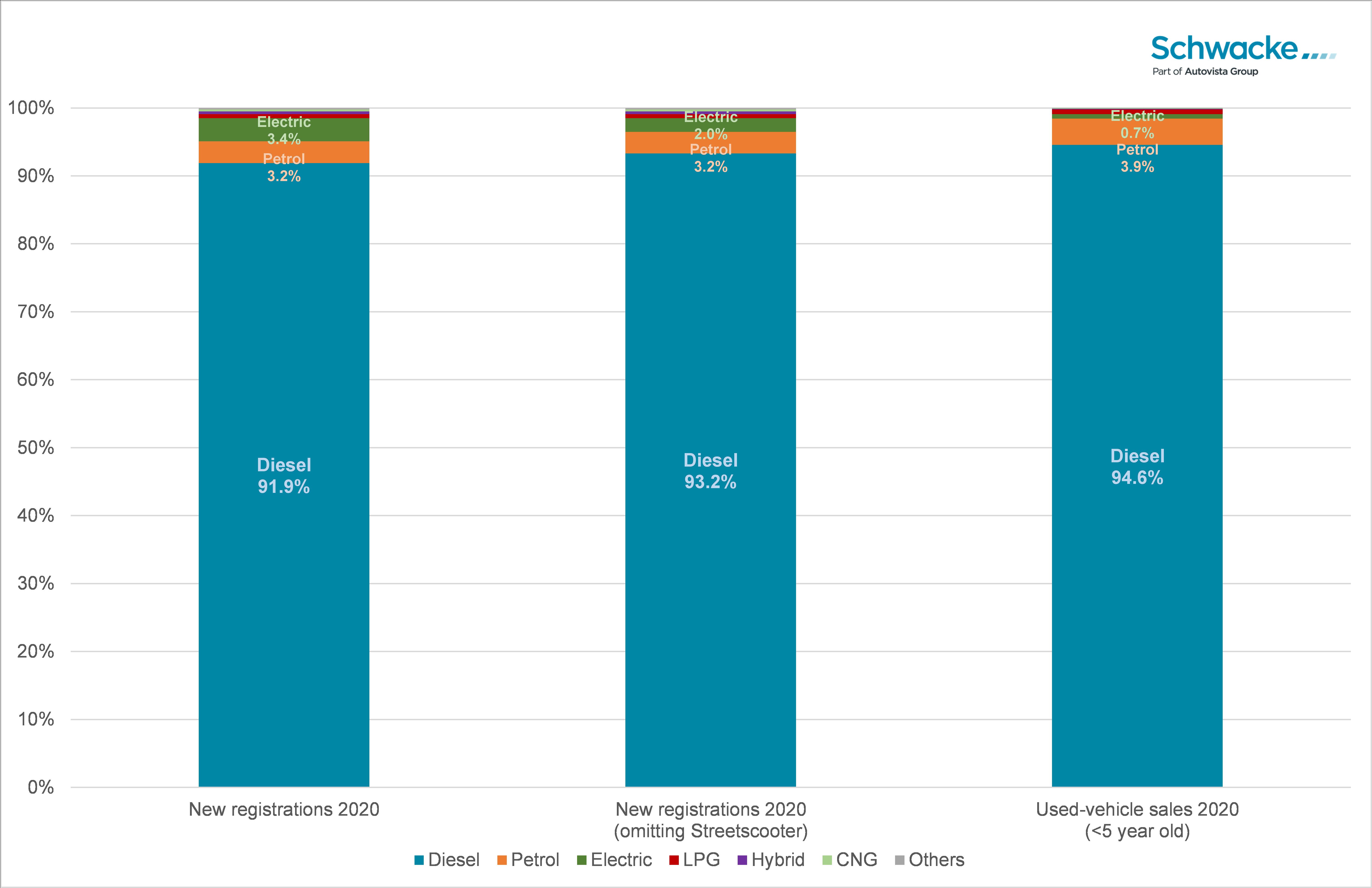 But, despite the increasing availability of models and government incentives, sales did not increase last year. Why is that? Ultimately, LCVs are considered work equipment and are meticulously considered in terms of costs and price. In the van sector, it is not just the purchase price or the leasing rate that counts, but also operating costs and the lowest possible risk. In view of Germany’s relatively high household electricity prices, it is not really cheaper to run a small electric van than a comparable diesel, not to mention the sometimes higher electricity prices at public charging stations. In addition, there is a very advantageous German vehicle tax, which means tax-exempt electric vans do not have a significant advantage over the annual amount payable for combustion engines.

And last but not least, there are uncertainties affecting potential customers, which could impair smooth operation: ′will my drivers find a charging station when they need one on the way,’ ′which payment systems do I need,’ ′how do I calculate the downtime,’ ′will I get an adequate replacement vehicle,’ ′does my L4 fit into the public charging station?’ are all questions that could be asked by business owners that are unsure of how electric vans will suit their fleet.

There are answers and solutions for all of these questions, but operators of commercial vehicles have enough to do with their daily business. They evidently shy away from taking any risk as long as it is not necessary, and rely instead on the tried and tested. For example, the argumentation of advantages in lower maintenance costs and wear and tear is complex, and does not really resonate with used buyers yet.

A further purchase incentive could presumably only offer a stronger subsidisation of the operating costs, such as through cheap electricity and correspondingly improved public-charging infrastructure or – as in other countries – driving bans in city centres as negative motivation. Neither option is currently in sight, so the bubble has yet to burst with electric vans, both for new buyers and, with an incentive concept for the more price-sensitive used buyers. As the van market will continue to grow for the foreseeable future, electric vans are a worthwhile investment, but the market still has a long way to go.