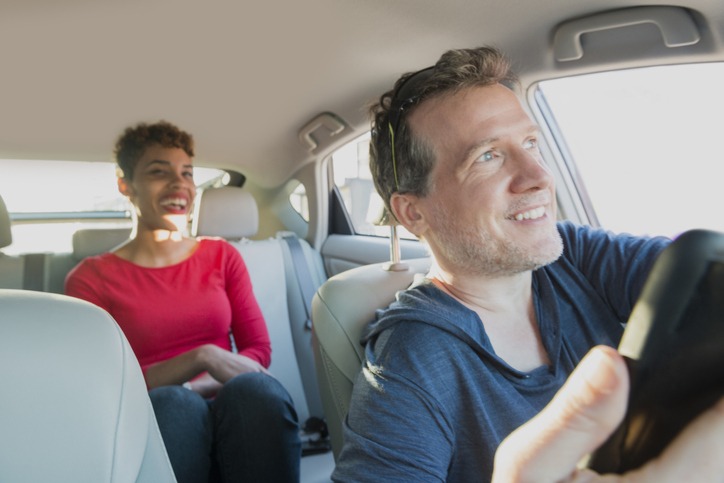 Mobility service Lyft has made its debut on the US Nasdaq stock exchange, encountering success on its first day but difficulties on its second.

Shares in the mobility service rose as much as 23% in their market debut amidst strong investor demand, a move that bodes well for larger rival Uber. The IPO also sets the stage for other Silicon Valley ′unicorns’ looking to debut on the stock exchange this year, including Pinterest, Postmates and Slack Technologies.

The success on its first day comes despite Lyft’s steep losses, criticism of its dual-class share structure, concerns over its strategy for autonomous driving, and new laws aimed at increasing driver pay.

Lyft’s offering ended up 20 times oversubscribed, similar to other high-profile IPOs, with more than 500 orders from institutional investors such as mutual funds, according to people familiar with the matter.

Uber, which is also loss-making, would be valued at about $128 billion (€114 billion) at its IPO if awarded the same multiple as Lyft. Uber is planning to launch its IPO in April, sources have said.

Lyft, as of December, had a 39% market share in the United States, up from 35% early last year.

However, Lyft’s successes on the first day of its IPO did not continue on day two as share prices crashed 12%.

Analysts blamed the slump on lingering questions about how loss-making Lyft will become profitable and the big pop in its highly anticipated first day of trading.

Lyft Chairman Sean Aggarwal said the company would continue to prioritise US growth over international expansion after completing its IPO. Uber operates in more than 70 countries, although it has consolidated certain overseas markets, while Lyft has stuck to the United States and Canada.

′Sticking with that playbook of owning this market (North America) and expanding in this market is how we get to deliver to our public shareholders and the long-term expectations that we set.’

In recent years, Lyft has attracted investment from around the industry, including a £20 million (€23.4 million) payment from Jaguar Land Rover.