MG’s plans for the future as XS launched in Britain 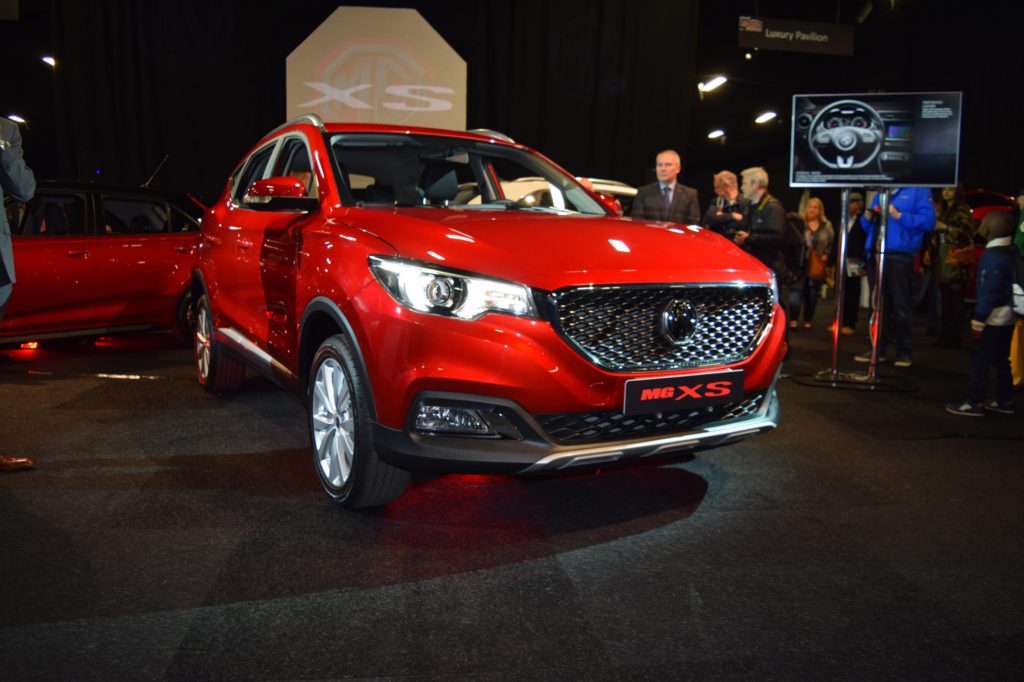 MG has launched its new XS small SUV model at the London Motor Show. Having discontinued its MG6, the company now features two SUVs alongside its MG3 city car.

The brand is also set for a return to the European market in 2019 and is currently looking at electric and low-emission vehicles.

Autovista Intelligence caught up with Matthew Cheyne, MG Motor UK’s head of sales and marketing. Discussing the company’s future plans, he told us: ′Now it is a case of ′steady as she goes’ – when I took over the MG approach was a bit erratic, I had too many main problems to overcome. Our core customer was historic, aging and not buying more cars. Then I had a whole bunch of potential customers who didn’t know about MG because they grew up when the company wasn’t around. What we’ve done over the last three years is build volume, build the network and lower the age-range of our customer profile, to bring more into the fold, that is a vital thing to do.

′The European project is a parallel one for us in the UK. In the UK I’m concentrating on establishing our brand is what is the more traditional retail sales method with the network and so on. The EU project allows us to move on from the ′quirky right-hand-drive’ market while also allowing us to meet the criteria and specifications for the continent. It also means I have a stronger hand to say which models I want to bring over, based on sales and projections.’

We then went on to talk about how the upcoming Worldwide Harmonised Light Vehicle Test Procedure (WLTP) will affect the company. Matthew comments: ′You look at what some of the press has been saying, that some vehicles emit worse CO2 than what is claimed. The reality is all of the motor industry has been testing their vehicles to a set of standards that were laid down, and now they have been changed. Our vehicles are not emitting any more CO2, the criteria has changed. What we now must do is change our investment in engineering into meeting and improving those targets. The reality is that it is forcing a lot of manufacturers to look at low-emission technology even more quickly because it’s the easiest thing to do.

′We are part of this global manufacturer with enormous power and investments; the reality is that low-emission is vital to all of us going forward. I am not a green crusader talking about saving the planet but we need to invest in low and zero emission technology so we can stay competitive. In China, we have it all available, they’ve tested EV and hybrid, so it’s almost like there’s my proving ground.

′In the short term, it may be that the manufacturers are seen as the villains, whereas we have been complying with the rules, they’ve just been changed.’

Finally, we discussed the new mini SUV, known as the ZS in China but renamed as the XS in the UK. Talking about the change of name, Matthew says: ′I wanted to have something that stood out for us [MG UK]; I also like names that have a story, where you can talk to customers. The XS name is unique and if I’m the only market calling it that then it becomes part of that story. S because it is an SUV, it follows our brand naming, and X because you’re getting extra as a consumer.

We have this very definite strategy about being the affordable value for money brand but we also want to be credible with great specification, great to drive, so we’re almost giving people that extra that they don’t get with other things, but without having to pay extra for it. Simply put, if my competitor price-wise is a two to three year old used vehicle, I want people to say ′I’m getting this and that with it, it’s a new car and I’m getting a five-year warranty so I’ll choose that.’ Someone today [at the launch] said it is extra special, so that is another reason!’

The London Motor Show sees manufacturers and dealer groups come together to show consumers the latest cars and products, with drivers able to purchase on the day. The 2017 event is the second to take place at London’s Battersea Park. Other events during the opening day included the unveiling of the new Nissan Micra in the UK, and the opening of a book of farewell to the diesel London Taxi, ahead of its move to electric power with new models.