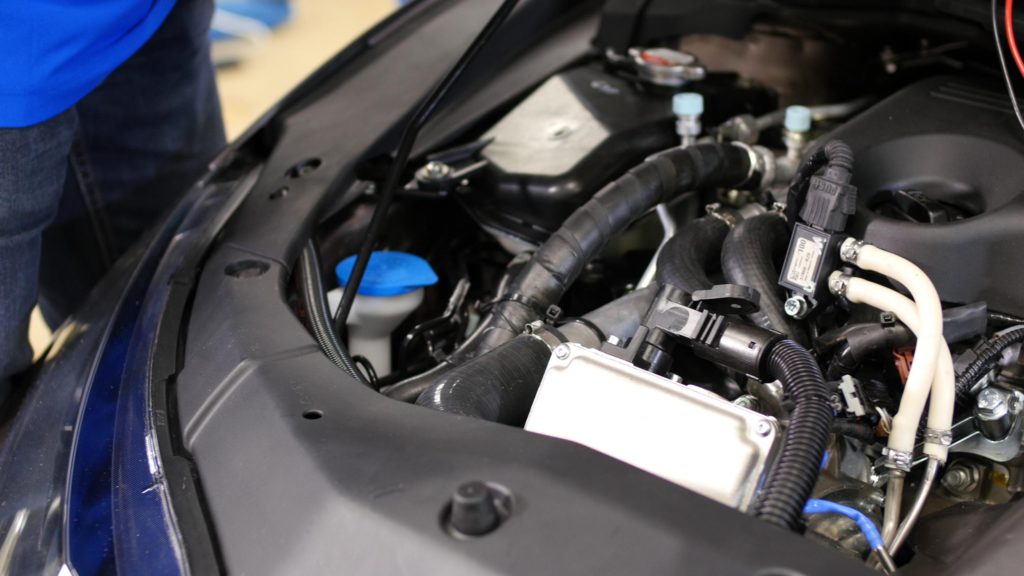 Manufacturers are turning to 48 volt ′mild hybrid’ systems to ensure they can meet strict emissions targets with their existing fleets as they continue to develop electric vehicles (EVs).

Suppliers such as Valeo and Delphi highlighted their 48v systems at the IAA motor show in Frankfurt, with these systems adding some electric power to traditional petrol engines, meaning car makers can adopt them without the need to redesign vehicles in order to take bulky batteries and generators. Companies such as Volkswagen (VW), Daimler and PSA Group are turning to the technology, partially due to the decline of diesel pushing them to the brink of missing CO2 targets by 2021. Volvo is also looking at the mild hybrid route as it prepares for electrification-only models from 2019.

The fall in sales of diesel vehicles, despite manufacturers’ attempts to convince the public that they are clean, has seen carmakers dangerously close to landing big fines for not meeting strict CO2 targets for their fleets. These were set before the VW diesel scandal broke in 2015, and meant companies set their sights on increasing their diesel technology to move away from the higher CO2 emitting petrol engines. Following the scandal, manufacturers have been caught on the back foot and are hurriedly pushing forward with electrification plans, however this requires mass investment in new models and research and development.

′Our view is that 48 volts on a gasoline engine is an alternative to diesel,’ said Karin Thorn, vice president for vehicle propulsion at Volvo. ′If and when the diesel market is dropping, something else needs to take its place.’

PSA Group, which had previously seen no need for 48V hybrids, now plans to introduce them ′across the board’ in response to diesel’s faster-than-expected decline, the Peugeot maker’s programs chief Patrice Lucas told Reuters.

The system requires car makers to quadruple the 12 volt standard in conventional vehicle electronics while adding a bigger starter motor to feed the extra power to the drivetrain. This adds power to the traditional combustion engine, turning it into a hybrid without the need to redesign the platform or amend production line tooling, making it a cheap alternative to full hybrid systems for manufacturers as they develop their own solutions.

The motor delivers a noticeable torque boost and recovers braking energy to recharge a battery that is smaller and cheaper than those required by electric cars or full hybrids such as Toyota’s Prius, which typically run at 100-300 volts. The increased torque on a petrol engine makes it a viable alternative to diesel, especially for those looking to tow objects such as caravans.

Renault was among the early adopters of 48V hybrids, with a system supplied by Continental for its Scenic and Megane cars. Nissan and Hyundai are among other mass car manufacturers with 48V in the pipeline.

Meanwhile, PSA Group will launch full-electric versions of its Peugeot 208 and upcoming DS 3 Crossback cars in 2019, with the Peugeot 2008 getting a battery-powered option in 2020.

The company’s upcoming plug-in hybrid options will include compact crossovers built on the company’s EMP2 platform, starting with the DS 7 Crossback in 2019 and continuing with the Peugeot 5008 and Citroen C5 Aircross. Two smaller crossovers jointly developed by PSA and General Motors, the Peugeot 3008 and Opel/Vauxhall Grandland X, will also have plug-in hybrid options.