Mini to go ‘EV-only’ as BMW increases focus on electric 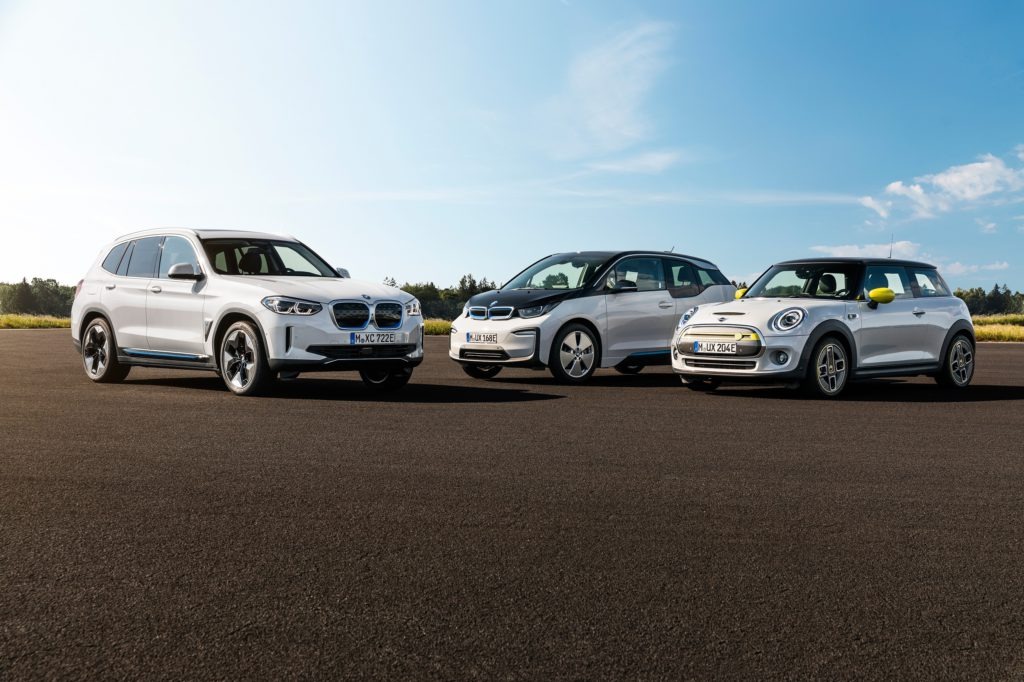 BMW is increasing its focus on new-technology powertrains. The carmaker aims to grow deliveries of battery-electric vehicles (BEVs) by 50% annually while also developing hydrogen and eFuel options.

Additionally, BMW has stated that Mini will introduce its last internal combustion engine (ICE) model in 2025. It plans for the marque to become a full-electric offering by 2030. Mini joins the growing list of manufacturers pledging to focus on battery technology. However, like similar multi-brand businesses Volkswagen (VW) Group and Jaguar Land Rover (JLR), BMW Group is keeping its options open when it comes to other zero-carbon propulsion technologies.

During the company's annual financial performance conference, BMW chairman Oliver Zipse stated that 2023 is a crucial year for the German carmaker in terms of e-mobility. By this time, it plans to have 13 BEV models on the roads, with 90% of the market segments it serves to feature a BEV option.

′Positioning our BEVs in the high-volume segments will enable us to ramp up quickly and achieve swift market penetration,' commented Zipse. ′To this end, we have empowered our structures in recent years. Others focus on individual market segments and niches. We, on the other hand, are taking a targeted approach across all market segments.'

BMW plans for BEV penetration in segments from the compact car to ultra-luxury models. The carmaker could also pull ICE models out of specific segments if it helps to meet various regulations, such as CO2-emission targets and Euro 7 standards. The company is keen, however, to keep an optimal balance between product offerings and profitability.

′I want to make it quite clear: if demand in certain markets shifts entirely to fully-electric vehicles within the next few years – we will be able to deliver,' added Zipse.

By the end of 2025, BMW states it will have delivered around two million BEV units to customers. The carmaker wants to grow its share of sales appropriated to BEVs in the coming years, aiming for 50% of vehicles sold to be battery electric by 2030.

The carmaker has not committed to going fully electric itself but is following the models set by other automotive groups in designating a brand to focus solely on the technology. Daimler is using Smart, JLR is pitching Jaguar as electric only, while Volkswagen has Bentley going down this route.

By adopting this strategy, carmakers can still appeal to the millions of customers who are not sure about electrically-chargeable vehicles (EVs) while exploring the market with a dedicated electric brand. It also means they can explore other zero-carbon technologies, keeping their options open should one prove better than the other.

For BMW, using the Mini brand as a focus for BEV-only sales is a good move. The marque sold just over 211,000 units in 2019 (the last year of non-COVID impacted sales), a fifth of total group sales. Most of its products sit in the small-car segments, which are likely to be used for local journeys and short-range trips. BMW can leverage interest from the brand to sell-up to premium vehicles when the time is right.

′Mini is perfect for the city and e-mobility,' added Zipse. ′We will be releasing the last model with a combustion-engine variant in 2025. By the early 2030s, Mini will be exclusively fully electric.'

BMW also stated that it would be launching some Rolls Royce models using battery-electric technology in the coming years.

BMW is one of the carmakers committed to exploring hydrogen fuel-cell vehicles (FCEVs), with a model scheduled for launch in 2022. The carmaker remains open to exploring other avenues of propulsion as well.

′As an industry, we will only be able to meet current and future mobility needs with an open-technology approach for all drivetrain forms,' said Zipse. ′This includes eFuels as well as hydrogen, which will be an alternative worldwide.

′Next year, we will be releasing a small series of the BMW i Hydrogen NEXT. We could also imagine it as a production vehicle. That is why we are supporting the creation of the necessary infrastructure here in Germany.'

As part of its growth, BMW has set itself three phases to move through. It is currently in phase two and aims to enter the third and final phase in 2025. At this time, the company will launch a ′new class' of vehicle development focused on sustainability.

Alongside the increase in BEV sales, the group has set itself clear decarbonisation targets up to 2030. This is across the entire lifecycle of its products, including supply chain, production and end-of-life. In every aspect of theits activities, carbon emissions per vehicle are to be reduced by at least one third compared to 2019.

At the same time, the BMW Group is also cutting back on its use of critical raw materials. It has reduced the cobalt amount in the cathode material for the current fifth-generation battery cells to less than 10% and increased the amount of secondary nickel it uses by up to 50%.