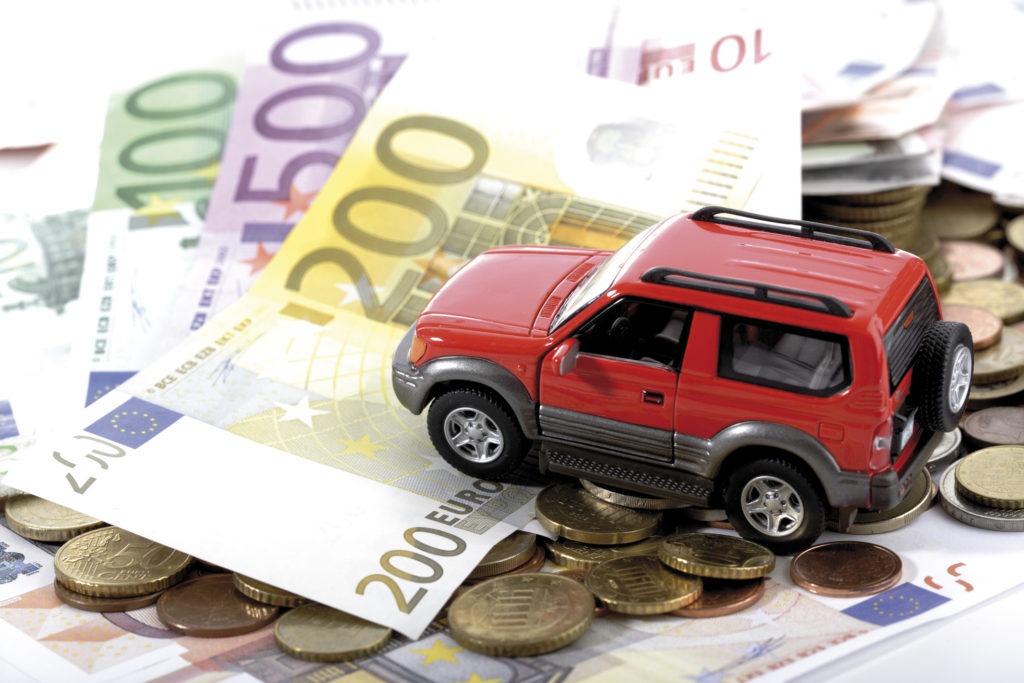 This month’s MMD reveals that the average residual value (RV) of cars aged 36 months and with 60,000km grew year on year in all the Big 5 European markets in January. However, values were lower than reported for December in France, and only rose modestly month on month in Germany and Spain. Italy and the UK enjoyed month-on-month pricing growth of 9.7% and 5.3% respectively.

RV retention, represented as a percentage, grew year on year in all markets except Germany. The highest growth in RV-percentage terms was in the UK, where the average was 48%, equating to an 8.4% change compared to January 2020. Compared to December, RV retention was lower in France and Germany, and rose by a modest 1.1% in Spain. Again, Italy and the UK enjoyed month-on-month pricing growth, of 9.9% and 2.9% respectively. 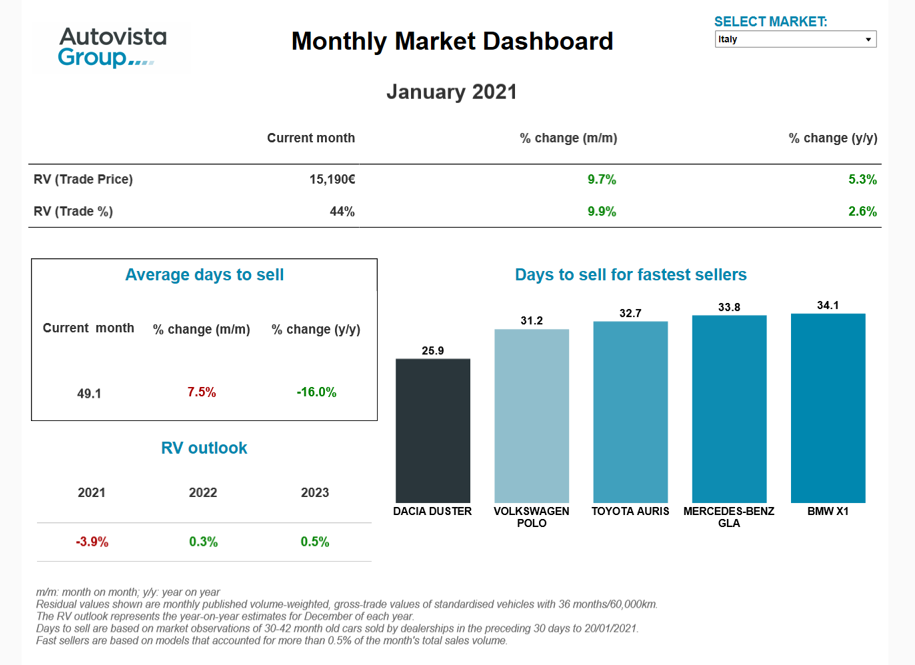 The UK enjoyed the strongest rally in used-car prices after Europe emerged from the first wave of lockdowns in summer 2020. This was driven by the release of pent-up demand, and a starker vehicle-supply challenge than any other market, which translated into higher RVs as used-car demand outstripped supply.

These RVs descended from their great height in late October as pent-up demand was broadly satisfied and new-car supply improved. However, with the UK back under lockdown restrictions as it seeks to stem a sharp rise in COVID-19 cases, and Brexit impacting new-car supply and prices, residual values are rising again.

Three-year-old cars are selling more slowly than a year ago in France, Spain and the UK. Moreover, the average number of stock days rose in all the major European markets over the last month, compared to December, as restrictions, including the closure of dealerships (except for online sales and servicing/repairs) in Germany and the UK, hinder transactions.

The greatest slowdown in the average number of days for 36-month-old cars to sell, compared to the December 2019 snapshot, was in the UK. Three-year-old cars are now moving on after an average of 48.5 days, up 14.5% from 40 days in December. This also means France is now the market with the quickest turnaround times, with cars selling after an average of 46.5 days.

The two fastest-selling cars in the major markets in January 2021 are both in Italy. The Dacia Duster and Volkswagen Polo are taking 26 days and 31 days respectively to find a new home. In third place is the Audi A1 in France, which needs just under 32 days to be rehomed.

The new MMD also features the latest Autovista Group RV outlook for the major European markets. Despite the mixed RV movements in January, a downward trend is forecast in 2021, with prices of used cars in the 36 months/60,000km scenario declining in all the Big 5 European markets.

Click here or on the screenshot above to view the monthly market dashboard for January 2021.