Monthly Market Dashboard: RVs under pressure in Italy and Spain in April 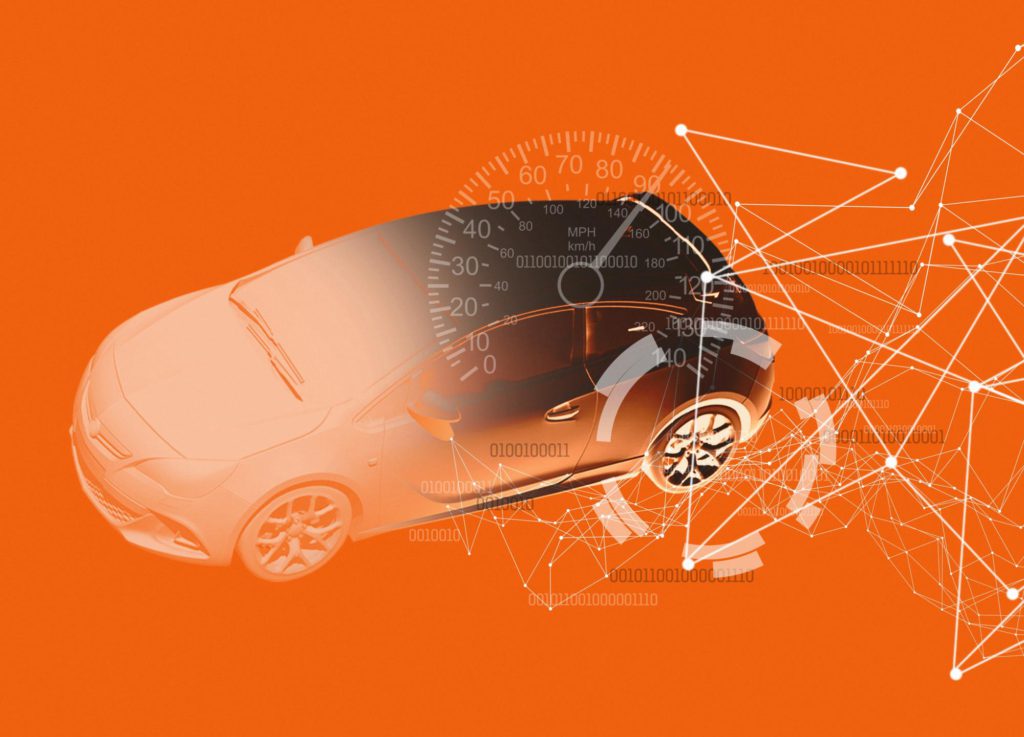 Autovista Group’s interactive monthly market dashboard (MMD) reveals that residual values (RVs) continued to rise in most major European markets in April. However, they are coming under pressure in Italy and Spain. Senior data journalist Neil King explores the analytics. Average RVs, in value terms, were higher in France, Germany and the UK in April than in March, but declined by 2% and 0.5% in Italy and Spain, respectively. Nevertheless, RVs remain firmly above the levels of a year ago in all markets, as consumers need safe alternatives to public transport, and new-car markets are affected by weakening economies and the shortage of semiconductors. The average value retention, represented in RV-percentage (RV%) terms, of cars aged 36 months and with 60,000km, improved month on month in all markets except Italy in April. The greatest RV% growth was in France, where the average was 48%, equating to a 1% change compared to March. The RV% fell by 0.8% in Italy, and Spain recorded month-on-month growth of just 0.2%. The introduction of the MOVES III incentive scheme in Spain, and the severe economic consequences of the COVID-19 pandemic, are undoubtedly mounting pressure on RVs. ′The magnitude of the economic impact is very visible in Spain, which experienced an 11% drop in GDP in 2020. We have faced new waves of infections, at different times but with similar intensity,’ commented Ana Azofra, Autovista Group valuations and insights manager, Spain, in the latest edition of Autovista Group’s whitepaper: How will COVID-19 shape used-car markets? ′It is difficult to see the light at the end of the tunnel, but the fast authorisation of vaccines by the EU has been important. It improves the outlook and facilitates the start of thinking and working on the economic recovery,’ Azofra added. 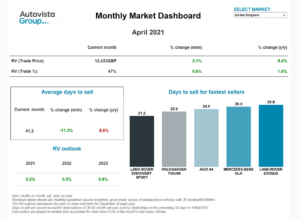 Stock-day slowdown in Spain Three-year-old cars have been selling quicker in April in most markets than in March. The exception was Spain, where the average number of stock days rose by 4.9% in the month, to 63.3 days. In contrast, stock days fell month on month by 11.3% in the UK and by 7.8% in Italy. Nevertheless, three-year-old cars are moving on more quickly than a year ago in Spain and Italy. The latter was the first to go into lockdown in 2020, on 9 March. France is suffering the greatest slowdown in the average number of days for 36-month-old cars to sell, up 38.6% year on year. The Land Rover Discovery in the UK was the fastest-selling car in the major European markets in April 2021, taking on average just 21.2 days to find a new home. With COVID-19 restrictions easing in the country since 12 April, the next fastest-selling car was in the region too; the Volkswagen Tiguan moving on in under 23 days. Economic pressure outweighs RV-positive effects The MMD also features the latest Autovista Group RV outlook. A downward trend is forecast in 2021, with prices of used cars in the 36 months/60,000km scenario declining in most European markets. In Southern Europe, the RV-positive effects, which have helped used-car markets to perform so resiliently against the pandemic and economic crisis, will not be enough to compensate for the higher economic pressure that markets are facing. Marco Pasquetti, Autovista Group forecast and data specialist, Italy, points out that ′even if the impact on residual values will be milder in 2021 compared to previous outlooks, the economic recovery will take longer than expected.’ As new-car markets continue to be under siege, some of this pressure will eventually wash through to the used-car sector, albeit with a bit of a delay. ′The economic outlook for Spain is amongst the lowest in Europe. There is little optimism at the beginning of 2021. The third wave of infections solidifies the economic crisis, mostly affecting private consumption. In the first two months of the year, sales of new vehicles fell by 45%,’ highlights Azofra. Click hereor on the screenshot above to view the monthly market dashboard for April 2021.