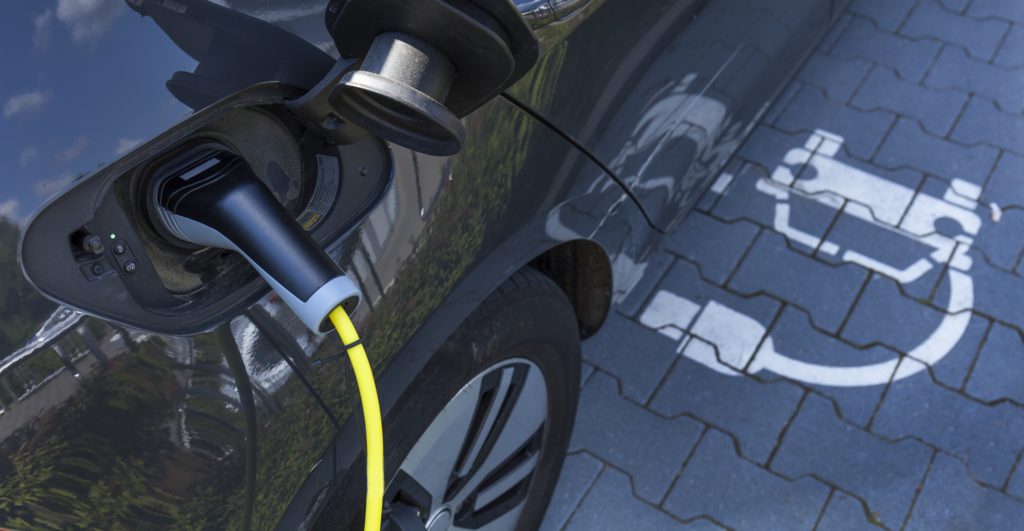 13 October 2020 Electric cars will treble their market share in Europe this year as a result of CO2 targets, according to analysis by Transport and Environment (T&E). Despite the coronavirus (COVID-19) pandemic, electric-vehicle (EV) sales have surged since the start of the year, with projections showing them reaching a 10% market share this year and 15% in 2021. This leaves most carmakers on track to meet their EU emissions targets, with a handful already crossing the 2020 finish line. However, the lobbying group also points to the upward creeping SUV sales as a worrying trend, alongside the existence of what it calls ′fake electric’ plug-in hybrids (PHEVs). Rising market share With EVs forecast to capture an increasing market share over the next few years, the automotive industry looks to be on a green track. After analysing sales numbers for the first half of 2020, as well as carmakers’ compliance strategies, T&E claim ambitious CO2 standards are working. Coming into effect in 26 out of the 27 EU countries, EV stimulus measures played their part as well, with 22 member states offering direct incentives. The schemes have been successful, with EV production gaining momentum. However, manufacturers’ have a legal obligation to clean up new-car sales, T&E explains, and as a result of the recovery measures, taxpayers are subsidising carmakers with public money. Furthermore, the lobbying group has concerns over ′lax EU targets’ for 2025 and 2030, which they believe could see EV momentum run out of steam.

Source: Transport and Environment ′Electric-car sales are booming thanks to EU emissions standards. Next year, one in every seven cars sold in Europe will be a plug-in,’ said Julia Poliscanova, senior director for clean vehicles at T&E. ′EU manufacturers are back in the EV race, but without more ambitious CO2 targets in 2025 and 2030 to spur them on, they’ll run out of steam as soon as 2022.’ Hitting targets PSA Group, Volvo, and BMW Group are already complying with the EU’s targets for average emissions for new cars based on their sales in the first half of 2020. Thanks to its tactical emissions pooling with Tesla, FCA also makes the grade. Renault, Nissan, the Toyota-Mazda pool and Ford only have 2 grams of CO2 per km left to go. The 2020 sales of the Zoe alone will knock off 15 grams of CO2 to help ensure Renault complies.

Source: Transport and Environment Meanwhile, Volkswagen Group (5 grams), Hyundai-Kia (7-3 grams), Daimler (9 grams) and Jaguar-Land Rover (13 grams) should all reach the finish line. This will be achieved by either selling more PHEVs, pooling emissions with other companies, or both. Volkswagen has already announced it is entering a pool with SAIC Motors between 2020 and 2022. Daimler meanwhile is expected to sell more of its PHEVs, including the E-Class, C-Class, A-Class and GLC – sales of which have grown rapidly this year.  ′Fake electric’ The EV market share looks to go from 3% to 10% this year, increasing to 15% in 2021. However, according to T&E analysis, it could only reach 20% four years later if current CO2 regulations are not revised. Pointing to Norway, the lobbying group highlights how fast the EV market can grow: from 6% of sales in 2013 to almost 50% in 2018. T&E is further concerned at the creeping sales of ′lucrative but highly-polluting SUVs,’ which increased to 39% in the first half of 2020. The group explains this is encouraged by a loophole in EU regulations, where selling heavy vehicles gives carmakers laxer CO2 targets. T&E also claims half of all electric cars sold today are ′fake electric’ PHEVs, that are rarely charged and emit two- to four-times more CO2 in the real world than the lab tests show. T&E said the EU needed to set 2035 as the end date for sales of combustion engines, including current PHEV technology. ′The electric car is finally entering the mainstream in Europe, but SUV sales are still growing like weeds. The only way to kill off highly-polluting vehicles is to give carmakers a clear end date now. Cars that run on biofuels, fake electric engines or fossil gas emit CO2 and shouldn’t be allowed on the market after 2035,’ Poliscanova concluded.
Sustainability Regulation