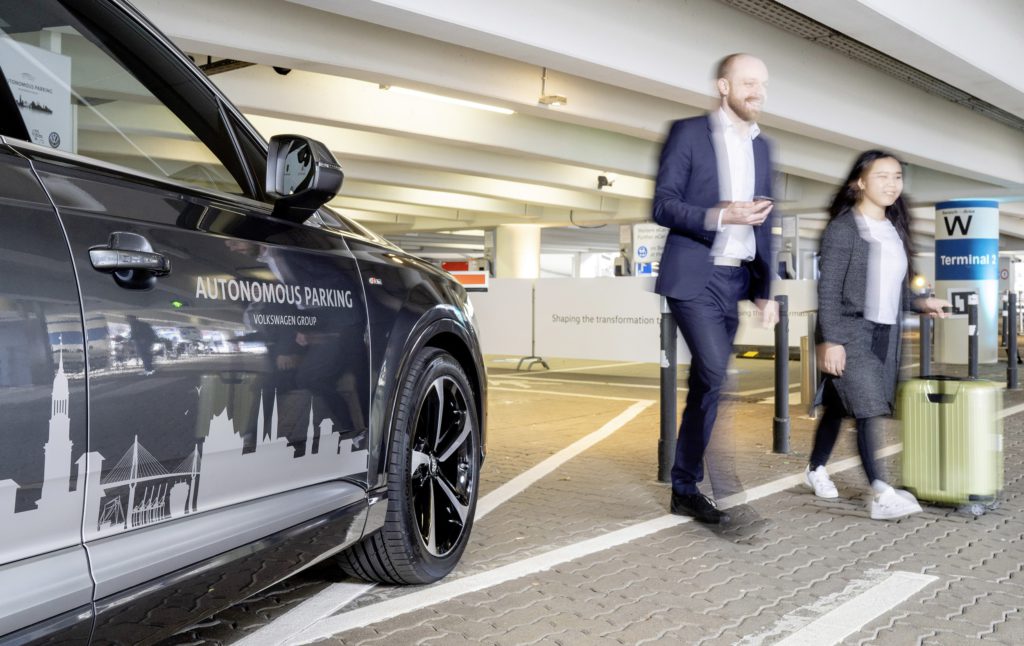 Volkswagen Group (VW) has founded a new business division dedicated to the development of autonomous technology in mobility services.

In the first phase of its new partnership with Ford and Argo AI, Volkswagen Autonomy (VWAT) will have headquarters in Munich and Wolfsburg, while the carmaker will create another subsidiary in the US next year, and China the year after. It plans to establish these bases as centres of excellence for level 4 driverless systems.

VWAT will serve to build up expertise within the Group and bring a self-driving system (SDS) to market maturity. Mobility solutions for people and goods in urban areas will be the first application case for the system, a growing market and one that many carmakers believe will be the best proving ground for autonomous technology.

Argo AI and VWAT will work closely together on the realisation of VW’s self-driving system. In the development of the SDS, VWAT will put a strong focus on systems engineering and industrialisation. The aim is to establish an SDS as a standard module for all Group brands in future.

′We want to establish Volkswagen Autonomy as a global technology company where we bundle expertise from the automotive and technology industries, combining the agility and creativity of a high-performance culture with process orientation and scalability,’ says Alexander Hitzinger. ′We will continue to use synergies across all Group brands to reduce the cost of self-driving vehicles, high-performance computers, and sensors. We plan to start commercialising autonomous driving at a large scale around the middle of the next decade.’

The first application cases are planned in the commercial sector, the company says in its statement. Volkswagen Commercial Vehicles, as the leading brand for Autonomous Driving, mobility as a service (MaaS), and transport as a service (TaaS) in the Group will develop and build special purpose vehicles (SPV) such as robo-taxis and robo-vans. In a co-creation approach, together with VWCV as a customer, VWAT will develop the respective systems. This will make the brand for light commercial vehicles the first user of the SDS from Volkswagen Autonomy.

By the end of the year, resources from Volkswagen Group research allocated to autonomous driving will be transferred to VWAT GmbH.

Alongside its Wolfsburg HQ, Munich was chosen as a site for the company to locate itself as the Group’s existing business Autonomous Intelligent Driving GmbH (AID) is already headquartered there. At the same time, the site will become the European headquarters of Argo AI. The carmaker will also establish a base in Silicon Valley due to its proximity to Argo AI and to the world’s leading talent pool for autonomous driving.

′Autonomous driving presents the entire industry with major challenges: high development costs, extremely high demands on sensor technology plus a lack of regulatory systems and heterogeneous regional standards,’ says Alexander Hitzinger, senior vice president for autonomous driving at VW Group, who will head up the new company. ′Our goal is to build an agile, high- performance development team with the know-how to realise a self-driving system ready to market.’

Most importantly, the carmaker states that the subject of safety has top priority from Level 4 onwards. ′Driving a car today is already very safe thanks to numerous assistance and safety systems in modern vehicles: a human driver causes a fatal accident every 600 million kilometres on average,’ it says. ′Self-driving systems will further drastically reduce accident numbers. The system must be extremely robust for this.’

In addition to operational work on the development, verification, and validation of the systems, VWAT will control and be responsible for all activities related to autonomous driving from Level 4 within the Volkswagen Group.