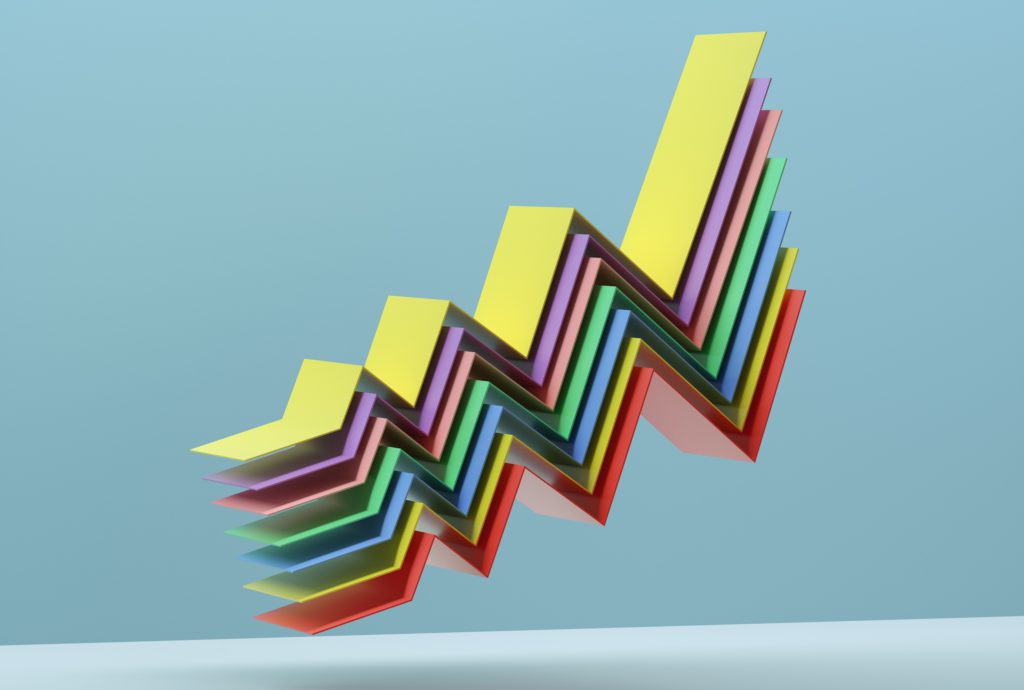 Despite government-backed incentives in France, Italy and Spain, new-car registrations suffered significantly again in November, according to data released by the respective automotive trade associations. As countries battle the second wave of coronavirus (COVID-19) cases, restrictions and/or economic repercussions are impacting registration volumes, albeit inflicting far less damage than in March to May.

Following the lifting of lockdowns earlier in the year, the countries’ automotive markets had shown signs of recovery, but, all three suffered a continuation of the downward trend that commenced in September. The 18.7% contraction in Spain was a subtle improvement on the 21.0% year-on-year decline in October, but this was only because of the extra working day in November 2020 compared to November 2019. 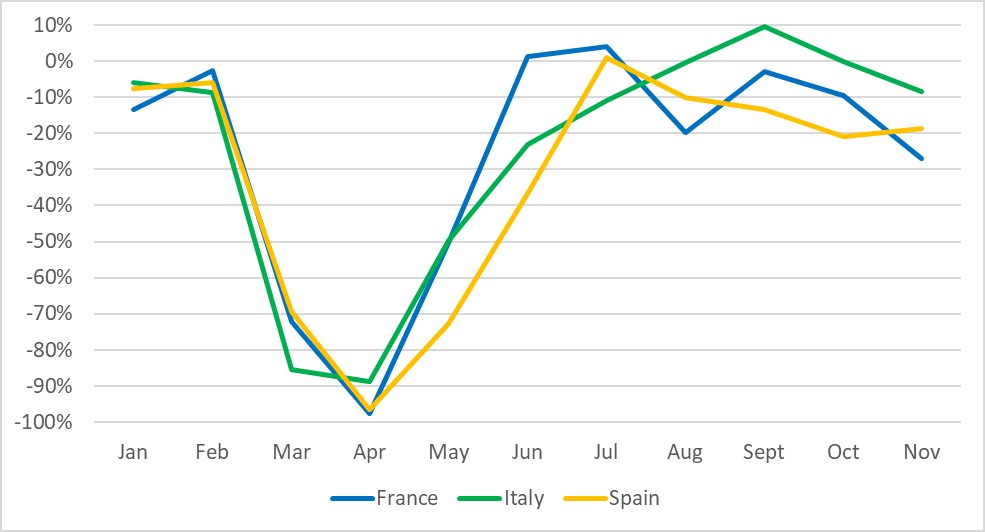 New-car registrations were 27.0% lower in France in November 2020 than in the same month of 2019, even with one extra working day, according to the latest data released by the CCFA, the French automotive industry association. This is the largest year-on-year decline in a month since May, but compared to the dramatic falls in March and April, ′the re-confinement had decidedly different consequences for the car market,’ commented the CCFA in a flash statement.

′All the dealers were closed in France in November. They were only allowed to deliver cars that had already been ordered before the second lockdown. They have reopened since 28 November,’ clarified Yoann Taitz, Autovista Group head of valuations and insights, France and Benelux. As dealers could still honour deliveries of orders, this explains why the downturn in France was far less significant in November than during the first lockdown.

In the first 11 months of 2020, new-car registrations in France were 26.9% lower than in the same period in 2019. With dealers open again, December will invariably be a healthier month for the automotive sector, but new-car registrations will still be about 25% lower in 2020 than in 2019.

In Spain, 75,708 new cars were registered during November, 18.7% fewer than in November 2019, according to ANFAC, the Spanish vehicle manufacturers’ association. ′The red numbers remain in all segments and vehicle-sales channels in November 2020, and therefore in the cumulative figures. The second wave of the pandemic, and the associated serious economic and social crisis, is deepening the decline in sales in all markets,’ ANFAC commented.

The MOVES II and RENOVE incentive schemes were introduced in July and the new-car market saw a 1.1% increase that month. Since then, however, the year-on-year results have deteriorated, with the November fall only improving slightly on October because of the extra working day in the month.

Ana Azofra, valuations and insights manager at Autovista Group in Spain, explained that ′the lockdown had many different scenarios, depending on the region and city, but was less restrictive than during the first wave and dealers – at least most of them – remain open. However, the RENOVE incentives for internal combustion engines (ICE) are exhausted and, moreover, the crisis is already affecting private consumption. The unemployment rate already increased in Spain and now stands at 16.5%, maintaining the negative trend.’

Measures to deal with the second wave of COVID-19 infections and the economic repercussions of the crisis are clearly weakening consumer demand. Furthermore, the calculation of the registration tax based on WLTP emissions figures, from January 2021, will further complicate the recovery.

′Half of the vehicles sold in 2021 will see their taxation increased at the time of purchase due to the entry into operation of the European WLTP regulation. This average price increase of 5% will mean, in such a bad environment for vehicle sales, a worsening of the sector’s situation, making it even more difficult to get out of the crisis. We need the registration tax increase to be corrected before January 1 so that the [automotive] industry and the sector can be the driver of the Spanish economy that they have always been and will be,’ the three associations, ANFAC, Faconauto and Ganvam, declared in the ANFAC release.

In Italy, the year-on-year downturn in November reported by the industry association ANFIA was 8.3%, although the result would have been worse (down about 12%) had there not been the extra working day. This is the second consecutive month that the country is back in negative territory following the 9.5% growth in new-car registrations in September due to the new government incentives that came into effect at the beginning of August as part of the Decreto Rilancio (Relaunch Decree). While the market still contracted in that month, demand improved but delivery times delayed many registrations until September.

As in Spain, there was not ′a full lockdown in Italy like the one we experienced in March and car dealers were – and still are – open. However, depending on the zones, there is a ′light’ lockdown, with different restrictions that put pressure on sales as a result. Furthermore, the incentive scheme for vehicles with the highest range of CO2 emissions has been exhausted,’ commented Marco Pasquetti, forecast and data specialist of Autovista Group in Italy.

′Without a new intervention to support the car market, the new drop in sales leaves companies with the need to reactivate layoffs, which, in any case, will not be sufficient to stem the loss of turnover today, compared to 2019, at an average value of -25%. The data on the use of the redundancy fund in the period January to October 2020, compared to the same period in 2019, show an increase of 6,000%. These are striking data that induce reflection on the cost of failure to support the car,’ highlighted Adolfo De Stefani Cosentino, president of FEDERAUTO, in the ANFIA release.

The key to the recovery of new-car markets revolves around countries agreeing on budgets for 2021, and improving economic certainty and consumer confidence to boost spending. However, with COVID-19 not yet under control, and further lockdowns possible, the industry faces a difficult end to 2020 and a challenging 2021.