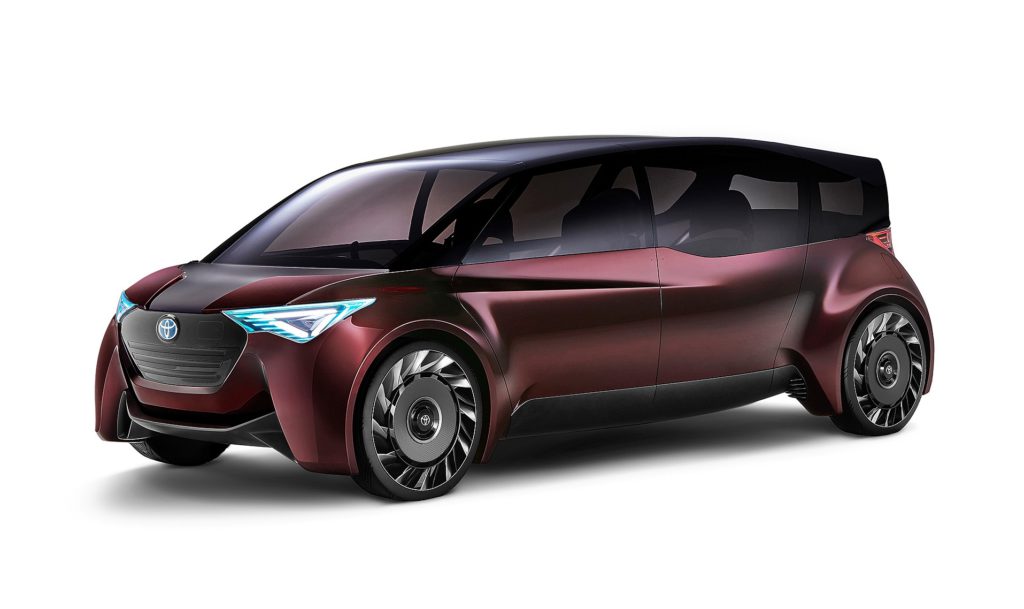 Toyota has become a pioneer in the development and marketing of hydrogen fuel cell vehicles (FCVs), following the launch of the Mirai in 2016 and its investment in infrastructure around the world.

The fuel is clean, emitting only water as a waste product, and powers an electric motor. The fuel tank on an FCV is filled up like a petrol vehicle, meaning a potential 300-mile range and a quick filling time. At this year’s Tokyo motor show, the Japanese manufacturer will release a further two concept vehicles powered by the fuel, a premium family saloon and a passenger bus.

The Fine-Comfort Ride concept saloon has been conceived as a ′new form of premium saloon’ with a flexible layout of a kind only possible in electric-powered vehicles. Toyota says the vehicle ′offers excellent environmental performance, producing no CO2 or substances of concern’ (SoC) when driven, and the convenience of a long range and a hydrogen refuelling time of around three minutes.’

The cabin section of the body has a diamond shape and is wider in all dimensions from the front to centre, before narrowing towards the rear. This maximises space for the second row seats. Using in-wheel motors means the wheels can be positioned at the very corners of the vehicle, while an underbody cover helps achieve high running stability and quietness appropriate for a premium saloon.

Meanwhile, the presentation of the Sora fuel cell bus highlights Toyota’s plans to launch commercial sales of a model based on the concept in 2018. The manufacturer expects to introduce more than 100 Sora, mainly in the Tokyo metropolitan area, ahead of the Tokyo 2020 Olympic and Paralympic Games.

The name is an acronym of ′Sky, Ocean, River and Air,’ which represents the earth’s water cycle.

Meanwhile, the company, along with Honda and Mazda, has announced that the bonnets of their vehicles contain no flawed aluminium products, following the admission by supplier Kobe Steel that they falsified quality checks on products sent to customers, including automotive manufacturers.

′We confirmed that the materials satisfy applicable statutory standards, and our own internal standard, for key safety and durability requirements for vehicles,’ Toyota said in a statement.

The manufacturer identified aluminium plates supplied by the Japanese steel manufacturer as used in the bonnets and rear hatches of both Toyota and Lexus models. While the supplied materials were outside the company’s specifications, they were still safe for use.

While other companies, such as Mitsubishi, Nissan, Ford and General Motors (GM) are still investigating, the news could mean that potential safety recalls may not be needed if aluminium sheets provided to the automakers for pressing into their vehicles meet regulations.