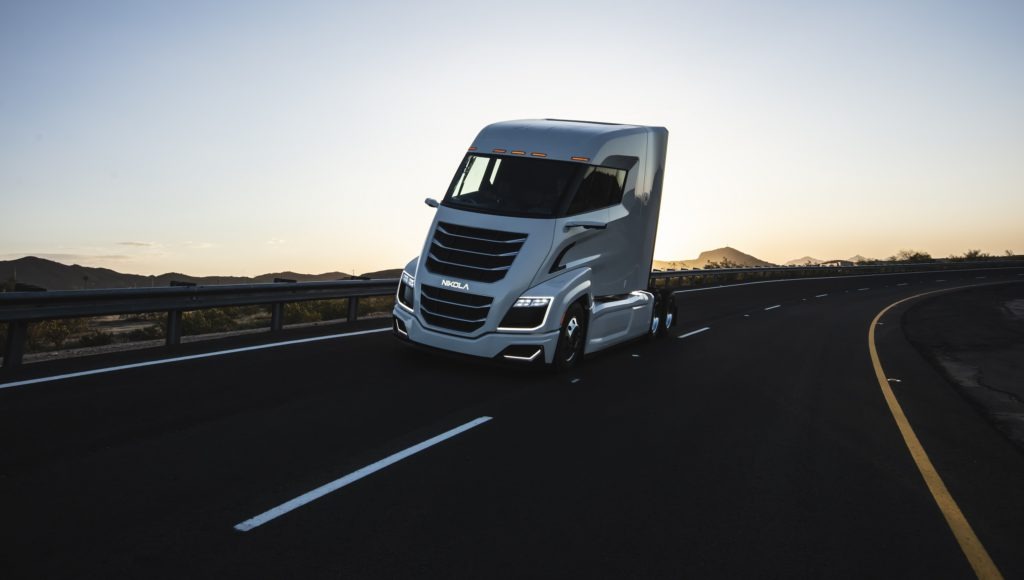 Nearly a month since Hindenburg Research published a damning report on Nikola, the electric-truck startup is fighting to prove itself to its investors.

A lot has happened in the weeks since the company was accused of being ′an intricate fraud.’ Nikola has attempted to set the record straight; founder Trevor Milton left his role as executive chairman; and the company threw its weight behind hydrogen in an attempt to claim credibility.

Published in September, Hindenburg’s report, entitled ′Nikola: How to parlay an ocean of lies into a partnership with the largest auto OEM in America,’ looked to be a condemning expose of the startup. Hindenburg claimed to have gathered extensive evidence, including recorded phone calls, text messages, private emails and behind-the-scenes photographs, which revealed the company to be a scam constructed by its founder Trevor Milton. ′We have never seen this level of deception at a public company, especially of this size,’ the report asserts.

Hindenburg brandishes a long list of apparent lies and fraud. Among them, the accusation that the startup claims all its key components are built in-house, when in reality they are bought or licensed from third parties. In one example, the report points out that ′Nikola actually buys inverters from a company called Cascadia. In a video showing off its ′in-house’ inverters, Nikola concealed the Cascadia label with a piece of masking tape.’

The report also sets out how the startup staged its ′Nikola One in Motion’ video, showing the truck moving on a road at speed. ′Our investigation of the site and text messages from a former employee reveal that the video was an elaborate ruse″”Nikola had the truck towed to the top of a hill on a remote stretch of road and simply filmed it rolling down the hill.’

Four days after the report was published, Nikola responded to the long list of allegations in a blow-by-blow response. Addressing the claims surrounding components, the startup said; ′at no time did Nikola state that the inverter on the prototype truck shown in the video was the company’s or would be used in production. Nikola has been designing, engineering and working on its own inverters for quite some time.’

The startup explained that it does use third-party parts in its prototype vehicles, some of which might be swapped out for its own parts in production. Claiming it to be common practice in the automotive industry, Nikola explained that it often blocks supplier names from media and competitor view.

Addressing the points raised about the Nikola One, the company highlighted its position; ′As Nikola pivoted to the next generation of trucks, it ultimately decided not to invest additional resources into completing the process to make the Nikola One drive on its own propulsion.’ Following this move, the startup produced prototypes for the Nikola Two, which it said were self-propelled, and pointed to a demonstration at Nikola World in April 2019.

Central to Nikola’s response was that Hindenburg is a short seller, looking to profit from stock-market manipulation. ′These allegations by the short seller are false and misleading, and designed to manipulate the market to profit from a manufactured decline in Nikola’s stock price,’ the startup said.

In recent days Nikola’s valuation was reported to have dropped dramatically from around $30 billion (€25 billion) to $10 billion. What is more, on 20 September, Milton stepped down from his position at the company. ′Nikola is truly in my blood and always will be, and the focus should be on the Company and its world-changing mission, not me,’ said Milton. ′So I made the difficult decision to approach the Board and volunteer to step aside as Executive Chairman.’

Outlining an investigation with US authorities, the startup highlighted its cooperation with an inquiry. ′Nikola has contacted and briefed the US Securities and Exchange Commission (SEC) regarding Nikola’s concerns pertaining to the Hindenburg report. Nikola intends to fully cooperate with the SEC regarding its inquiry into these matters.’

In an attempt to reignite its credibility, Nikola highlighted its commitment to hydrogen as part of National Hydrogen and Fuel-Cell Day 2020. After filling a range of patents for new technology, the startup took the moment to establish itself as trustworthy.

Join Nikola in celebrating #NationalHydrogenandFuelCell Day! Our mission to develop innovative energy and transportation solutions, from hydrogen production to hydrogen consumption, is paving the way to a #ZeroEmissions future. Learn https://t.co/41BKoyfOw3 #HydrogenNow pic.twitter.com/UWoQieogqT

′We are excited to celebrate National Hydrogen and Fuel-Cell Day 2020 by sharing our progress on our hydrogen fuel-cell technology,’ said Mark Russell, Nikola CEO. ′Nikola is creating an ecosystem that integrates next-generation truck technology, hydrogen fuelling infrastructure and maintenance. By removing commercial trucks from the carbon equation, Nikola is fulfilling our mission of leaving the world a better place.’

The amount of disruption caused by Hindenburg’s report is tectonic in size. Now bereft of its founder and trying to reassert itself, it could be a while before Nikola climbs back onto its pedestal.