Nissan to broaden its EV strategy 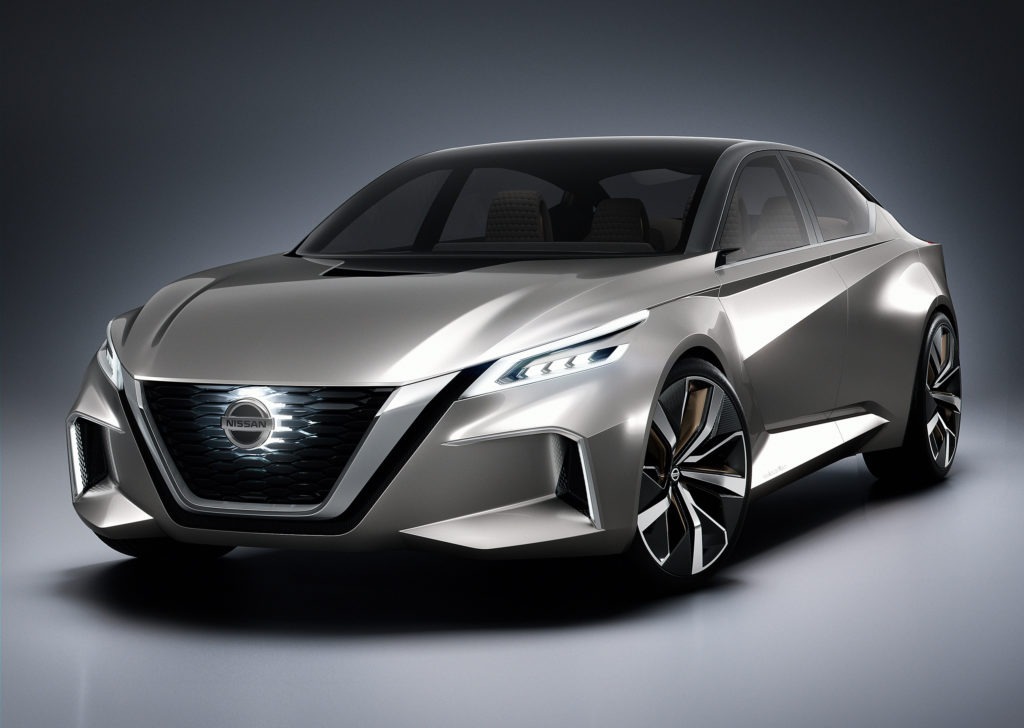 In addition to launching the next generation of the Leaf in September, Nissan is set to unveil a new direction in electrification later this year, including a new design language for its next wave of electric vehicles (EVs).

Following on from the Vmotion 2.0 family sedan concept it unveiled in January (pictured), Nissan will showcase its latest iteration of this design language in a Vmotion 3.0 concept that will form the basis for its next suite of electric vehicles. This will help Nissan depart from the ′eco’ EV image firmly into the mainstream, with the Vmotion concepts highlighting their ambitious design plans not typically associated with electric vehicles.

Its second major dedicated electric vehicle is likely to be a crossover model, and will be separate from the Nissan Leaf’s design platform. In addition to electrification, it will also feature connected and autonomous features.

Nissan Motor Co. global design chief Alfonso Albaisa said: ′In the future, we’re not going to have just one EV. So we’re starting to map out what is the DNA that can go across different genres.’

Nissan also appears to be aiming for a sleeker design language to differentiate its EVs from the designs of their latest iterations of the Qashqai and Juke.

It is striving for a win-win combination by bolstering its EV lineup while taking advantage of consumer demand and its strength in crossovers and SUVs. It is also looking at design changes including flat flooring and a new aerodynamic design, which will help with electric range at motorway high speeds.

To this end, the core focus of the company is now on moving its EV technology over to crossovers.

Nissan executive VP for emissions, marketing and sales Daniele Schillaci said: ′We are clearly focusing our attention on a crossover EV, because it’s our DNA.’

Schillaci also said the move to electric crossovers will allow Nissan to fully take advantage of its latest connected and autonomous features.

Nissan’s rapidly growing interest in strengthening its electric vehicle line-up is likely to have been emboldened by the massive success of its Note e-Power hybrid, which it is now planning for a major global launch after overtaking the Toyota Prius in sales in Japan.

Nissan’s pioneering car designs are in stark contrast to Japanese rival Toyota, whose chief executive is concerned about the cautious nature of the best-selling company as the electric auto revolution commences.