The options for cities to reduce air pollution levels 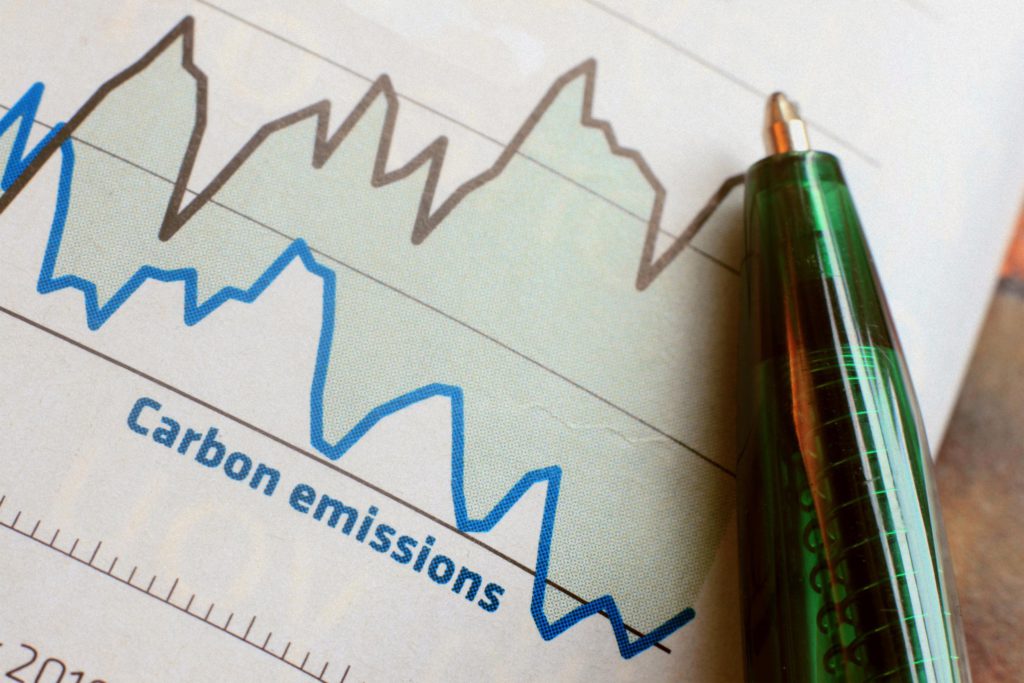 There is increased pressure on towns and cities around Europe to act on high air pollution levels, and the automobile is the key focus of reduction targets. 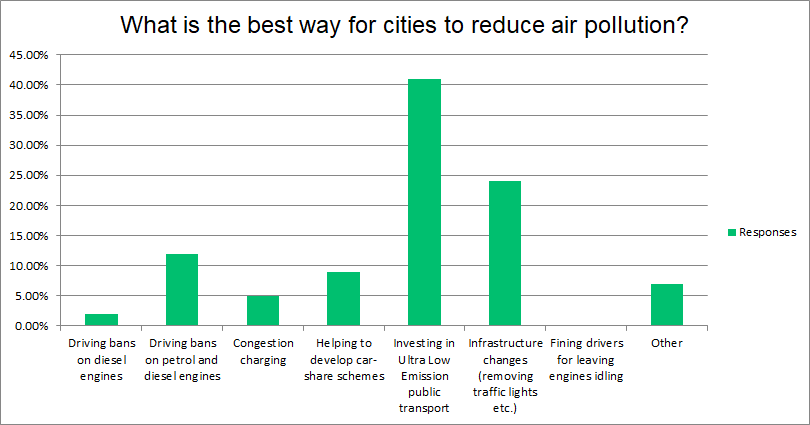 Some authorities in Germany have already initiated bans on diesel vehicles in certain streets as they look to enforce court rulings brought by environmental lobbyists. However, it is clear that today’s diesel vehicles are some of the cleanest ever. Therefore, what more can be done to improve air quality in built-up areas?

The latest Autovista Group poll asked this very question, with a clear winner and some interesting opinions as to how local governments could tackle the issue.

Leading the way with 41% of the vote was the need to invest in ultra-low emission public transport. Buses and trains in cities can ferry a vast majority of the population, yet older vehicles use bigger engines, and their heavy load only helps to increase the pollution pumped out. Hybrid, electric or hydrogen buses will reduce these levels, while also having the added benefit of updating fleets, making the commute more comfortable and appealing for those who can use them. During a bus drivers strike in the UK in 2015, air pollution on London’s Oxford Street plummeted, highlighting the issues caused by public transport.

The next most popular answer with 24% of the vote was the need for infrastructure changes. This would include removing traffic lights and widening roads or improving surfaces, keeping vehicles moving and therefore spending less time at idle, or indeed out and driving in general. There is also a need to increase the number of electric vehicles (EV) charging points, making this technology more attractive and useable in built-up areas.

Third was the implementation of driving bans on both petrol and diesel engines, specifically older and therefore more polluting units. These are indeed the biggest contributors to poor air quality, with CO2 from petrol and nitrogen oxide (NOx) from diesel causing health concerns. Banning such vehicles would force travellers to upgrade their cars or use public transport. It is interesting to note that the current approach by many cities, banning just diesel vehicles, only garnered 2% of all responses in our latest poll, showing how unpopular the action is, and how much people think it will help.

Investing in car share schemes would also help authorities tackle the problem, and 9% agreed this was the best way forward. Paris has a number of programmes in operation, with PSA Group recently expanding its Free2Move operations to other suburbs. Meanwhile, manufacturers also realise the opportunities in the market, highlighted by the new venture from BMW and Daimler.

The ′Other’ category saw some interesting comments as 7% selected it. Alongside general discussion over whether any effort is needed were ideas such as ensuring that building work is restricted so there are fewer major programmes running together at any one time, and laws that any new premises must have a certain number of EV charging points. Others suggested that councils engage with business to promote ′work from home’ schemes which would remove the commute altogether.

Finally, 5% of voters thought that congestion charging would be an effective deterrent, with the money being put back into developing infrastructure. This is a move the Greater London Authority is taking, charging diesel drivers more for entering the city. No one picked the option for fining drivers who leave their engine idling.