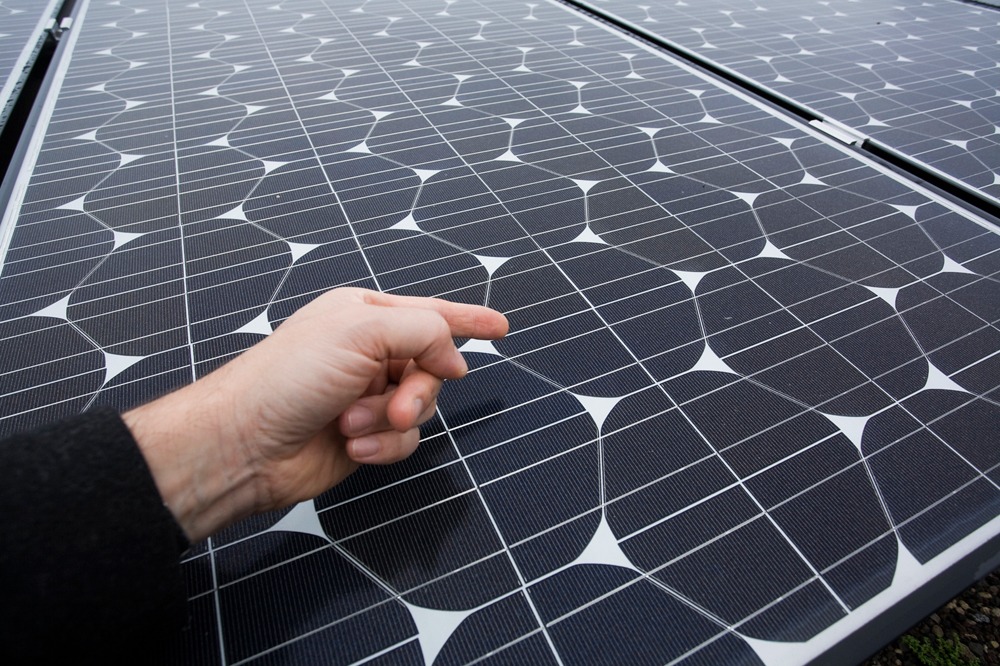 Electronics giant Panasonic is looking into the mass production of solar panels embedded into electric vehicle (EV) roofs, which can both extend driving range and reduce the need for owners to plug in for short trips.

It has begun producing an 180W array which can be fitted to the roof of vehicles. In February, Toyota announced it would install the array on the roof of its new Prius Prime plug-in hybrid as an option. Toyota says nearly 9% of Prius Prime buyers – 1,350 units – have been sold with the solar panel as of the end of April. It is the first car with a solar panel that powers its main battery.

The amount of charge varies greatly depending on how sunny the country is in which the vehicle operates, as well as due to seasonal variations in sunlight. Toyota says the average distance travelled on a single charge will range from an average of 2.9 kilometres (1.8 miles) to 6.1 kilometres (3.8 miles) depending on the time of year.

′That means you get about 10 percent of annual mileage from solar just by letting your car sit,’ said Shingo Okamoto, general manager overseeing the project at Panasonic, in a Tokyo interview.

The solar industry is likely to be pushing for the inclusion of such technology in cars strongly. Intense Chinese competition has pushed down solar cell prices sharply, leading to the industry looking for new markets. This has in turn made it much more affordable for them to be installed on EVs.

There is strong demand for greater range in plug-in electric vehicles, and charging currently takes a very long time compared to petrol. The amount of electricity required per charge is also enormous and often expensive, and so there is great desire by EV engineers to make the electric powertrain as efficient as possible, and to diversify the sources of its energy.

Toyota has long taken this approach with its Prius family, including features such as regenerative braking, which charges the battery from the friction of slowing the car down, as well as lightweighting materials so the battery uses less energy to move the car. As solar panel costs continue to rapidly fall, these look like an increasingly attractive addition to the mix.

Chief Prius engineer Shoichi Kaneko said: ′We are aware that the panels are supplying only a small amount of electricity. But this system is still a breakthrough as we are making use of the energy we would be wasting otherwise. By filling all available space with cells, it is possible to extend the range easily to 10 kilometres (6.21 miles).’

If OEMs also work with Panasonic at the design stage, by adjusting their rooftop design to add more space for solar cells, the EV range can be further extended and the maximum benefits realised. Toyota did try the technology in 2009, but at that time only 56W panels were economic, and this was only enough to power the Prius’ ventilation systems.

Panasonic is deeply involved in EV technology, working with Tesla on the batteries for its major launch of the Model 3 later this year. Tesla CEO Elon Musk also tweeted last November that the Model 3 may come with a solar roof.

It will also be interesting to see whether Nissan has any plans for using the technology more extensively in its upcoming second generation Nissan Leaf. The current Leaf has a small solar panel option that can provide extra power for its systems such as its radio and air conditioning.