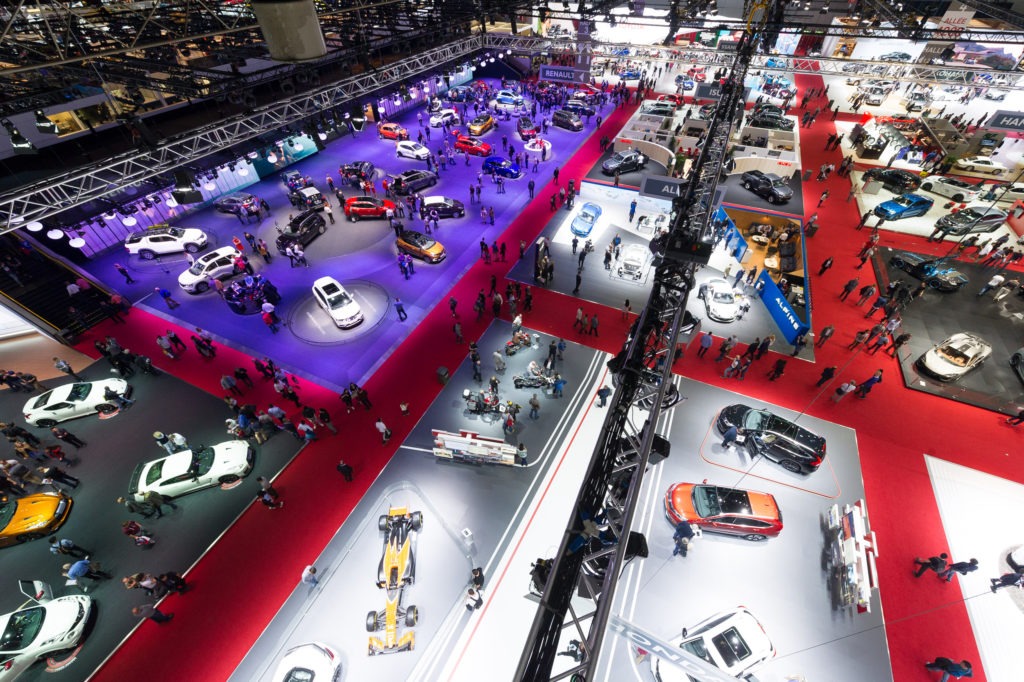 With the 89th Geneva International Motor Show (GIMS) opening its doors next week, manufacturers have been busy fine-tuning their concept cars and preparing new models for launch.

This year’s event promises to build on the theme of future mobility, as seen at other events around the world, as the automotive industry pushes towards a zero-emission and autonomous future. However, manufacturers will also be using the event to highlight new models with petrol and diesel powertrains, as the internal combustion engine still has a future for the time being.

BMW is using GIMS to give its new 7-Series its first public outing, while also bringing a range of electrified vehicles to its stand. These will include the new 330e, X5 XDrive45e and plug-in hybrid (PHEV) versions of the 7-Series.

At the same time as expanding its model range, the BMW Group says it is also seeking to provide BMW and Mini customers with free green electricity for their cars. After pilot offers in Switzerland and France, from April 2019 on Germany will follow with extended cost-free green-energy-packages for use at home and while out and about. The company plans to explain more about its system at the show.

Daimler will present the new CLA Shooting Brake and, for the first time, the Concept EQV and the facelifted Mercedes-Benz GLC. Also on display to the public for the first time will be the Formula E show car and the smart forease+ while the new V-Class will celebrate its show premiere.

The Concept EQV is billed as the world’s first multi-purpose vehicle (MPV) in the premium segment with pure electric drive. The near-series concept vehicle combines locally emission-free mobility with performance, functionality and aesthetic design, according to a statement. The Formula E show car represents the entry of the Mercedes-Benz EQ Formula E team into the ABB FIA Formula E Championship from the 2019/20 season onwards. The manufacturer believes the series is the ′ideal platform to demonstrate the high performance of battery-electric vehicles under the technology brand EQ.’

Audi will present PHEV variants of the A6, A7 Sportback, A8 and Q5 models, all with a minimum electric range of 40 kilometres. The new plug-in hybrids will be available for ordering throughout 2019.

The company has also said that all of its electric vehicles going forward will feature the e-tron branding, first seen on its new SUV model. On its stand, the German carmaker will unveil the Audi Q4 e-tron concept, which it says provides a glimpse of the next stage of Audi electric mobility and is due to be presented as a volume-production vehicle in late 2020/early 2021.

CitroÃ«n will be presenting its Ami One concept, an electric two-seater model designed for urban mobility. Designed as an alternative to public transport and two-wheel options, the French manufacturer states that the model’s top speed is 45kph, with a range of 100km. Depending on legislation, the Ami One can be driven by anyone from the age of 16 who is able to ride a scooter. This would be a competitor to Renault’s established Twizy model.

To celebrate its centenary, the brand is also exhibiting three iconic models that have all received a modern-day makeover: the Type A, Traction and 2CV. Each one features original colour and trim work in a nod to the Collector Origins Edition making its world debut on the stand.

SEAT will unveil its first electric vehicle at the show, based on parent Volkswagen Group’s MEB platform. The as-yet-unnamed vehicle will be twinned with the German marque’s ID hatchback due for release later this year.

The Spanish brand will sit alongside its spun-out CUPRA brand, making its show debut with a 100% electric racing touring car – a world first according to the company. The CUPRA Ateca will also be in the spotlight, an SUV that ′shapes the beginning of the new brand as it becomes the first model in its segment among the generalist brands.’

German electric start-up e.GO Mobile will be present at GIMS with two new vehicles. The e.GO Life Concept Sport is a sports version of its debut Life model, while the e.GO Lux is a small electric bus reimagined for private use.

Also, e.GO Moove, a joint venture of e.GO Mobile and ZF, has the near-series version of the e.GO Mover electric shuttle on display in Geneva. Pre-orders for the electric transporter, which can take up to 15 passengers or cargo, have been taken since the end of 2017.

The last holding of the event saw a number of manufacturers pull out of exhibiting, citing changing and challenging conditions. This year, Ford will be another noticeable absentee. The blue oval has no new models or technologies to highlight in the passenger car sector at present and is currently undergoing a reorganisation exercise, which could see some vehicles cut from its line-up.

Volvo too will not be present. ′The ongoing change in the car industry is creating new audiences for Volvo Cars and new ways of bringing products to the market,’ said Björn Annwall, Senior Vice President of strategy, brand and retail at Volvo Cars. ′Automatic attendance at traditional industry events is no longer viable – we must tailor our communications based on how the options complement our messaging, timing and the nature of the technology we are presenting.’

However, Volvo will have some representation, in the form of its spin-out brand Polestar. The company has said it will have its Polestar 2 model on display, following a digital launch event on 27 February.

Autovista Group will be present at this year’s Geneva International Motor Show. Look out for our coverage next week, and follow @autovista_group on Twitter for news from the show.