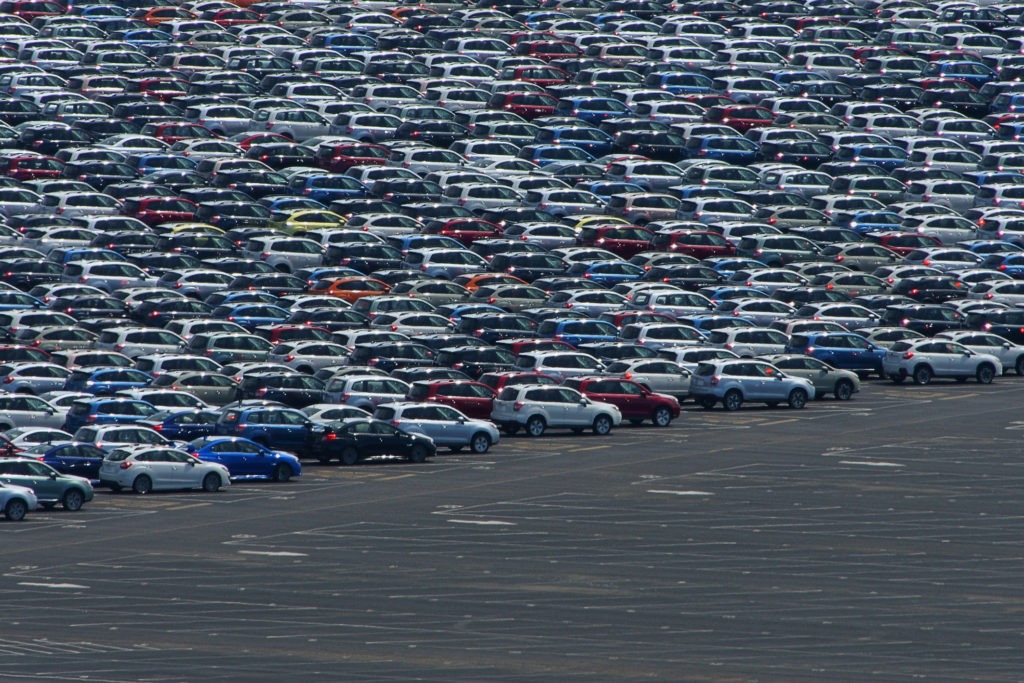 More than a thousand Volkswagen vehicles destined to be imported into the UK have been seized off the coast of the country by environmental activists Greenpeace, while more in import lots at the Port of Sheerness have had keys taken, in an effort to highlight the damage the company’s diesel scandal has done.

The protestors boarded a ship destined for the port, bringing a mixture of diesel, petrol and plug-in hybrid vehicles to the country. The group stated that its intentions were to force the manufacturer to turn the ship back to Germany.

Two activists, who got to the ship using kayaks, later unfurled a banner on board with the words ′Ditch Diesel’ alongside an image of a young girl suffering from a respiratory illness, a spokesman for the environmental pressure group said. The vessel later moved to an anchorage point off the coast of Kent, while those who boarded were arrested and later bailed.

VW said that the majority of the roughly 1,200 cars on the boarded vessel were petrol rather than diesel models, together with a number of cleaner plug-in hybrid cars, and that its vehicles meet stringent European regulations. ′The diesel vehicles, which are the subject of the protest, meet strict Euro-6 standards,’ VW said in a statement.

Meanwhile, further protestors broke into a vehicle park at the Sheerness port to take keys from diesel vehicles and place stickers on the engines of each car. According to the group, ′several thousand’ keys had been taken, with two protesters scaling a gantry with them. VW confirmed that keys had been removed from some vehicles, but was unable to state how many.

The UK is due to ban the sale of new petrol and diesel vehicles in 2040 in a move similar to that of France, however for some, this is still too far off to prevent damage to health and the environment. Diesel has been in the spotlight for the last two years following the VW emissions scandal, where the company admitted to cheating in US tests, revealing that cars on the road emitted more pollution than they would under test conditions. While other manufacturers, such as Daimler and Fiat Chrysler (FCA) have been placed under investigation for similar accusations, it is VW which has been the most high-profile casualty of the scandal.

However, the company has taken the decision not to renew the E-Golf model, an electric version of the manufacturer’s most popular hatchback. The upcoming eighth generation model, expected in two years, will feature a plug-in hybrid and traditional engines, however the company is expected to limit its pure electric range to new models developed under its I.D. brand.

The new models will be based on the company’s MEB platform, and the brand will start production at the end of 2019. VW showed its I.D. Crozz model at the IAA motor show in Frankfurt, with a minibus model, the I.D. Buzz, also in the works. The move could see the Golf model marginalised in the UK and France, and in any other country which decides to follow their lead to ban traditional engines by 2040.