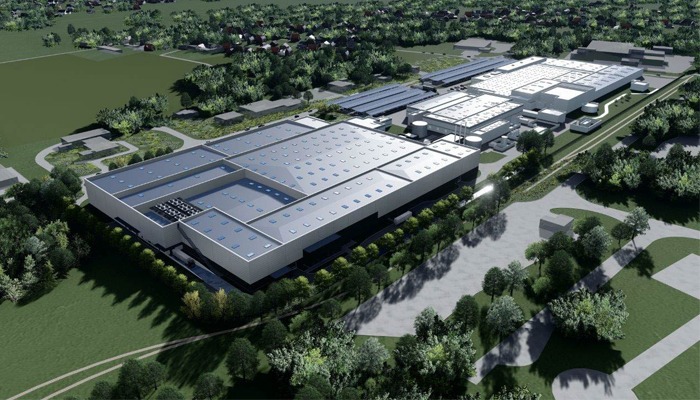 PSA Group and energy company Total have signed an agreement to create the Automotive Cells Company (ACC). The new joint venture will be dedicated to manufacturing batteries for electric vehicles (EVs) in Europe.

ACC will benefit from the support of both French and German authorities, as well as European institutions. The backing follows a transition away from internal combustion engines (ICE) and towards electrified mobility.

Yann Vincent has been appointed chief executive while Ghislain Lescuyer will become chairman of the board.

The parent companies expect ACC to be a ′major player in battery production in Europe.’ The venture will both develop and manufacture high-performance batteries for the automotive industry from 2023. While the agreement was only recently signed, plans to create the joint venture were announced in January this year.

Both PSA and Total’s battery subsidiary, Saft, will take a 50-50 share each in ACC. The battery manufacturer will contribute its expertise in research, development and industrialisation, while the carmaker will deliver knowledge of the automotive market as well as its production experience.

Work in the research and development centre in Bordeaux and the pilot site in Nersac, France have already begun. The aim is to develop new high-performance lithium-ion technology at these sites. At the end of this phase, production looks to be launched at two gigafactories, in Douvrin, France and Kaiserslautern, Germany. During the commercial production phase, Saft’s share of the joint venture will decline to 33%.

ACC is PSA and Total’s answer to numerous challenges posed by automotive electrification. It looks to reduce the environmental impact of vehicles by offering ′clean and affordable mobility to citizens.’ It looks to do this by upping the technological capabilities of batteries, increasing energy performance, recharge time and autonomy, all while reducing the carbon footprint.

Expanding the production capacity for these components is also considered essential. It will need to match increased demand for EVs, in a European market estimated at 400GWh by 2030, approximately 15 times the current level. Aiming to achieve industrial independence in Europe for both the conception and manufacturing of batteries, ACC’s initial capacity will stand at 8GWh, reaching a cumulative total of 48GWh on both sites by 2030. It looks to represent 1 million EVs produced per year, more than 10% of the European market.

French and German authorities will contribute a total of €1.3 billion to the project. The venture gained the agreement of European institutions through an IPCEI project, which testifies to the strategic importance of mobility for the energy transition. The whole project will receive an investment of over €5 billion.

Following the outbreak of coronavirus (COVID-19) in Europe, carmakers and governments are looking to take advantage of a burgeoning EV market that could lead to a wider automotive comeback. Localising the production of batteries is fundamental to the success of these efforts.

Currently, many manufacturers rely on imports of batteries from Asia. This process not only takes longer but increases the carbon footprint of a vehicle because of how units are shipped. With companies wanting to shorten these supply chains and governments keen to encourage local job creation, European battery production only has one way to go; up.