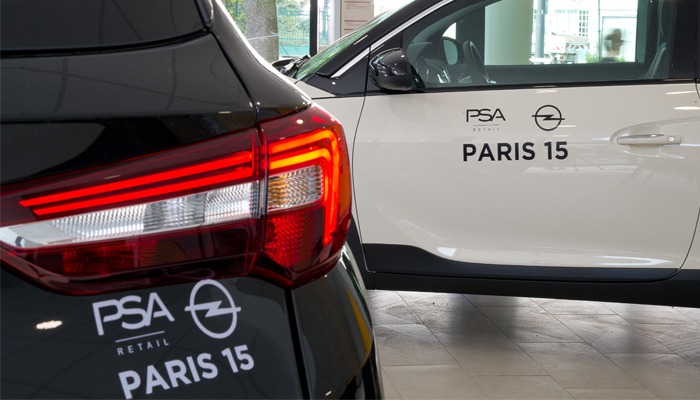 PSA Group’s retail arm has announced the opening of the first Opel dealership under the company’s ownership.

The dealership, located in Paris, is a compact ′urban format’ showroom which will display just two cars to the buying public. It is expected to sell 150 new vehicles this year, and 400 vehicles on a full-year basis. The site also offers a full aftersales service.

The dealership became a reality thanks to an intelligent multi-brand strategy adopted by PSA. The site’s original CitroÃ«n business will continue to operate at the same location but as part of a clearly distinct customer experience pathway.

The new dealership is the first step in a strategic PSA Retail growth plan hinging on the Opel brand in France and, in a subsequent phase, Europe.

Eric Wepierre, President of Opel France, comments: ′The opening of the Opel site managed by PSA Retail is excellent news for the brand and its customers and announces a wider unfolding in the short term within the ′Ile de France’ region’.

In view of this, PSA Retail can already announce that two additional Opel dealerships will be opened successively this year based on an intra-group multi-brand approach, in the Paris suburbs of Bois-Colombes and Bondy.

A statement from the manufacturer says: ′The distribution group is currently exploring new dealership development projects to distribute the Opel brand in other countries where it has already activities, and where the network coverage make sense. A winning opportunity is one which promises to increase volumes and sales for the network by distributing the Opel brand as part of a profitable business model.’

In April, PSA Group announced it was to cancel all dealer contracts with two years’ notice.

The announcement has been made to all of the manufacturer’s dealerships in Europe and allows the group to renegotiate contracts and slim down the network. It is believed that around a third of the current 1,600 forecourts could be axed.

Opel’s sales and marketing chief, Peter Kuespert, said new contracts would be offered by 2020 that focus more on performance and creating a stronger culture to promote it. ′That will pay off for our performance-oriented dealers,’ he told Automobilwoche.

PSA and Opel examine dealership performance as part of Opel’s PACE turnaround plan to restore sustainable profitability. ′It was shown that the range of performance within our dealer network is too great. That is not something we can ignore,’ Kuespert said.