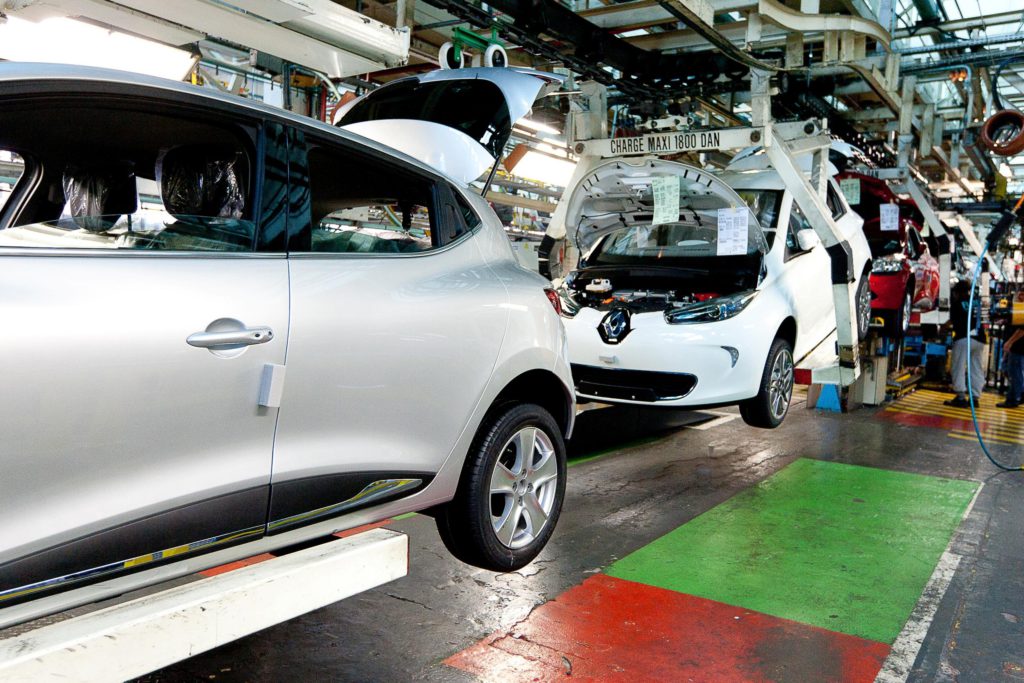 As part of its new ′Drive the Future’ strategy, Renault has announced plans to launch 21 new models by the year 2022, with twelve ′electrified’ and eight purely electric vehicles in the pipeline.

This means the majority of the twelve pure EVs recently promised in conjunction with Alliance partners Nissan and Mitsubishi will bear a Renault badge. A common platform will underpin the EVs across the three brands, which is designed to be sufficiently flexible to support vehicles ranging from the B to D segments in size. With the electrification push, Renault is also reducing its diesel offerings by 50% by 2022, with the current three families of diesel engines being reduced to just one.

With the new strategy, Renault-Nissan President Carlos Ghosn is following in the footsteps of other OEMs such as PSA, Ford and Daimler in pushing ahead with a massive programme of electric, connected and autonomous vehicle (CAV) development. As far as CAV plans are concerned, 15 of the 21 new models planned will have autonomous features which will place them between levels 2 and 4, with plans for the group’s core B-segment cars to already have level 2 autonomy by 2019. The plan also calls for EVs to offer more autonomous features than their combustion-engine siblings.

As well as the expansion of the product portfolio, Ghosn is also looking to expand market coverage and benefit from growth in key emerging markets such as Brazil, India and Iran. He is also seeking to bolster the Alliance’s activities in China and Russia, with a focus on forging new alliances in China. Under the Drive the Future plan, the Renault Group is investing €18 billion in Research & Development (R&D) and forecasts that unit volumes will grow more than 40% to over 5 million units, compared with 3.47 million units sold in 2016. The Renault brand itself will grow to produce 500,000 cars annually by the end of the plan.

Renault Chairman and CEO Carlos Ghosn said: ′Groupe Renault is now a healthy, profitable, global company looking confidently ahead. Drive the Future is about delivering strong, sustainable growth benefiting from investments in key regions and products, leveraging Alliance resources and technologies, and increasing our cost competitiveness. Supported by the men and women of Renault, this new plan will unleash our full potential to innovate and grow in a rapidly-changing industry.’

Meanwhile, ahead of the presentation of PSA’s restructuring plan for Opel, which is expected to include an EV strategy, PSA has provided more details of its own EV plans to investors in Paris. PSA’s EV offensive is scheduled to start in earnest in 2019 with pure electric versions of the new DS 3 Crossback and next-generation Peugeot 208 planned. Both models will be built on the CMP platform (designated E-CMP for electric variants) with the DS model scheduled for launch in the first half of 2019 and the electric 208 a year later. According to a spokesman, five electrified models are due to be launched by the year 2021 but details on the models have not yet been given.

In addition to pure electric vehicles, PSA plans plug-in hybrid versions of its larger vehicles, with plans to offer the DS 7 Crossback, Peugeot 5008 and the CitroÃ«n C5 Aircross as hybrids. Hybrid versions of the Peugeot 3008 and the Opel Grandland X, which is built on the same platform, are also expected. PSA CEO Carlos Tavares has been far more sceptical than most of his peers about the potential for EVs but his goal is still to offer electric versions of 80% of all the group’s models from the year 2023.