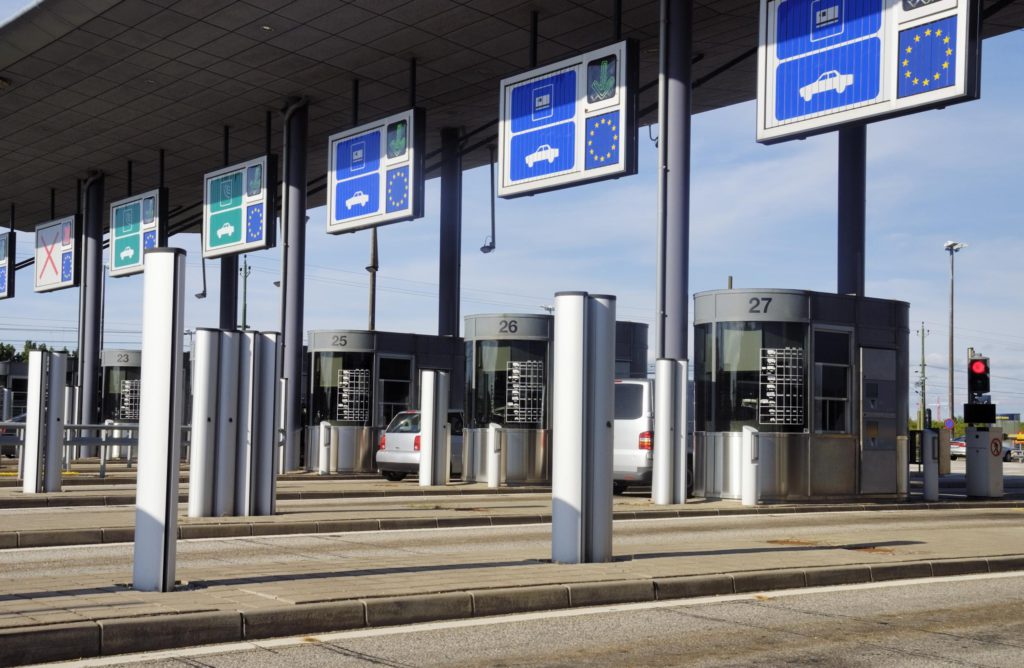 One of the problems facing the upcoming revolution in autonomous vehicles is that the world’s road network was designed for use by humans.

Many parts of the road network are standardised, such as road signs and markings, which self-driving vehicles can read using their combination of camera, radar and lidar sensors. However, not all elements of the transport network are so standardised. For example, what happens if an autonomous vehicle approaches the site of an accident, and a traffic officer tries to wave the vehicle through?

The EU’s answer to this is to develop so-called C-ITS, or cooperative intelligent transport systems, so that parts of the road network which do not necessarily follow programmable roadway conventions, such as roadworks or toll zones, can be navigated not only by human drivers, but by autonomous vehicles as well. The general idea is that for unusual elements of the transport network, key parts of the network (such as the traffic officer vehicle) can relay required unique information about the upcoming unusual aspect of the network as they approach.

In order to help achieve this, Renault is partnering with French highway operator Sanef, to develop a communications network between autonomous vehicles and the French road infrastructure.

It will begin with a pilot project aimed at helping self-driving cars navigate through two key scenarios particularly challenging for autonomous vehicles: roadworks/construction zones and, of particular importance for France, autoroute tolls.

CTO of toll-operator Sanef (a subsidiary of Spainish toller Abertis) Edouard Fischer said: ′The challenge for the autonomous car is to make these choices. You have to integrate a lot of information in real time.’

Toll zones are a particular challenge, requiring autonomous vehicles to know which lanes are closed, which payment to use, and to pass through a toll booth at a speed low enough to make an automatic payment (say, 30kmph (18.6mph)). This difficulty is exacerbated by many multi-lane toll exchanges in France not having ground lane markings for autonomous vehicle cameras to be able to follow.

The test system being developed with Renault’s autonomous vehicle prototypes involves the use of roadside transmitters in toll areas, which convey information to the self-driving vehicles about which lanes are appropriate for them to use (which could be dedicated lanes for their use). As this information is received, the car automatically begins to slow at the approach of the toll gates.

The road transmitter information delivered to the cars includes a high-definition map of the toll zone, including virtual routes for the autonomous vehicles to follow.

In the case of the second scenario of roadworks or construction sites extending into the road area, including the use of moving de-icing trucks in winter and in mountainous areas, systems are being developed to be installed in the trucks and vehicles used during these works that can transmit and signal to approaching autonomous vehicles about how to respond to the approaching works. Sensors are also being developed that can be embedded into the road surface in certain areas with a routinely irregular transport system to provide autonomous vehicles bespoke unique information for them to be able to navigate the particular area safely.

The French technical framework for this, being sponsored by the French government and the European Union, is being developed in a project called Scoop.

Communications vehicle-to-vehicle (V2V) occur using short-range WiFi, as do those from road transmitters to vehicles (infrastructure to vehicle, I2V). Future development of the project will add the use of cellular networks to exchange information over longer distances, similar to the vehicle-to-vehicle communications being developed to reduce accidents by Volkswagen.

In addition to France’s Scoop project, which also involves France’s PSA Group, it is working alongside similar projects in Germany, Austria and the Netherlands. By linking up the various projects, the aim is to enable autonomous vehicles to travel seamlessly across borders.

Sanef points out a step-change now emerging compared to a decade ago, with infrastructure builders and operators now rapidly starting to communicate with carmakers. Sanef’s Fischer said: ′We’re not only going to be technically connected, but we’ll be connected on the business side.’

This therefore marks another way in which carmakers are widening the role they play from car producer to mobility company.