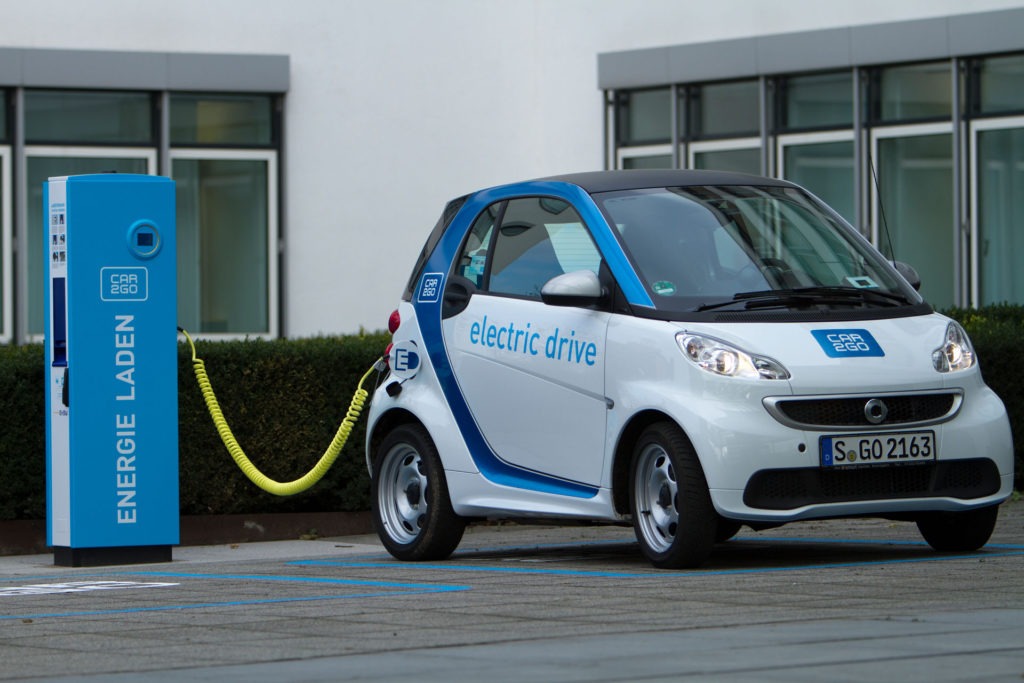 30 June 2017 CEO of Daimler’s ridesharing unit Car2Go says that with concerns about high emissions levels in cities, the future of the new ridesharing form of mobility is electric. He adds cities need to work with them to ensure charging infrastructure keeps up, and matches the most ideal locations. Ridesharing providers are the ideal partners for city authorities, many of whom are pushing hard to reduce levels of pollution, including NOx from diesel cars, as well as in reducing high levels of congestion. Car2Go’s Olivier Reppert says ridesharing companies can offer an advisory function to city authorities and provide experience to ensure that charging stations are set up in the most ideal locations, maximising their effectiveness. He said: â€²We’re pushing electromobility forward â€“ but that only works if there’s a well-developed charging infrastructure in the cities. If there isn’t, long charging and idle times will stand in the way of a free-floating car-sharing principle like Car2Go. â€²In order to offer customers a real alternative for their everyday mobility, car-sharing vehicles need to be constantly on the move and available throughout the city.’ He also says that ridesharers also have a key role to play in promoting electromobility as a whole. For many, the use of electric vehicles (EVs) through ridesharers such as Car2Go (as well as simply seeing them on the city’s roads) provides the first contact they have with electric cars, helping to dispel myths, garner acceptance and promote the green technology. Car2Go is the world’s largest electric ridesharing service, offering exclusively electric cars in Stuttgart, Amsterdam and Madrid. Stuttgart has one of the most advanced rapid charging networks in Germany, with 380 units, and Amsterdam’s is the most extensive in the world, with more than 1,000. Car2Go has built up its own rapid charging station network of hubs in Madrid, so that electric cars are available as often as possible in the Spanish capital. Meanwhile in Hamburg, Car2Go is working with the city authorities on electrifying its combustion engine ridesharing fleet with 400 electric smart vehicles. However, ridesharing also marks a major disruptive force sweeping the automotive industry in its own right, alongside electrification and autonomous cars. Concerns are growing about the enduring strength of car brands â€“ critical to the current core business model of OEMs â€“ in this increasingly ridesharing-prevalent future. As has happened with the air travel industry, with the carrier company such as Ryanair or EasyJet becoming more important than whether the customer is flying with a Boeing or an Airbus, particularly as users drive the cars less through increased autonomy, people may focus increasingly so on the brand of the ridesharing service, rather than the car brands used themselves. Many ridesharing companies plaster their brands on the sides of the cars, which further de-focusses consumer attention from the car brands themselves. This trend towards de-focussing of brands in these new services is unlikely in general to change, and therefore OEMs will have to embrace a more diverse business model not so heavily reliant on the pulling power of their brands themselves. This will be a particularly challenging uphill climb for premium carmakers such as Daimler and BMW, whose high margins are down to the attention placed on their well-regarded marques. Furthermore, it is highly unlikely that each carmaker will be able to sustain its own car sharing service. A handful of dominant players are near-certain to emerge, with there being winners and losers in the process. Carmakers on the losing side risk losing direct access and control of a key emerging revenue stream as they transition to mobility companies. Supplier Delphi recently warned that anyone trying to do â€²everything on their own or in a very closed system is going to really struggle.’ Daimler and BMW realise this, and have decided on a compromise solution to increase their prospects. Car2Go is currently planning a mega-merger with MyTaxi and BMW’s DriveNow to create a ridesharing giant with the scale to take on Uber in Europe. It hopes to prevent the region being monopolised by a single player (Uber), as Uber has nearly done in the US (with an 85% market share), and Didi has done in China (with a 95% share). Uber has a dominant presence in London. If carmakers are going to retain control of their brands to the maximum extent in the age of ridesharing, which is expected to greatly expand over time into the traditional car ownership spheres of families and commuting, then it is highly likely they will need to consolidate their ridesharing operations â€“ either with startups like General Motors is doing with Lyft, or with each other. Photograph courtesy of Car2Go

Never miss another story – sign up to receive your complimentary Autovista24 daily email. This timely and incisive daily briefing covering automotive news and insights on the issues affecting your business is delivered direct to your inbox. Sign up