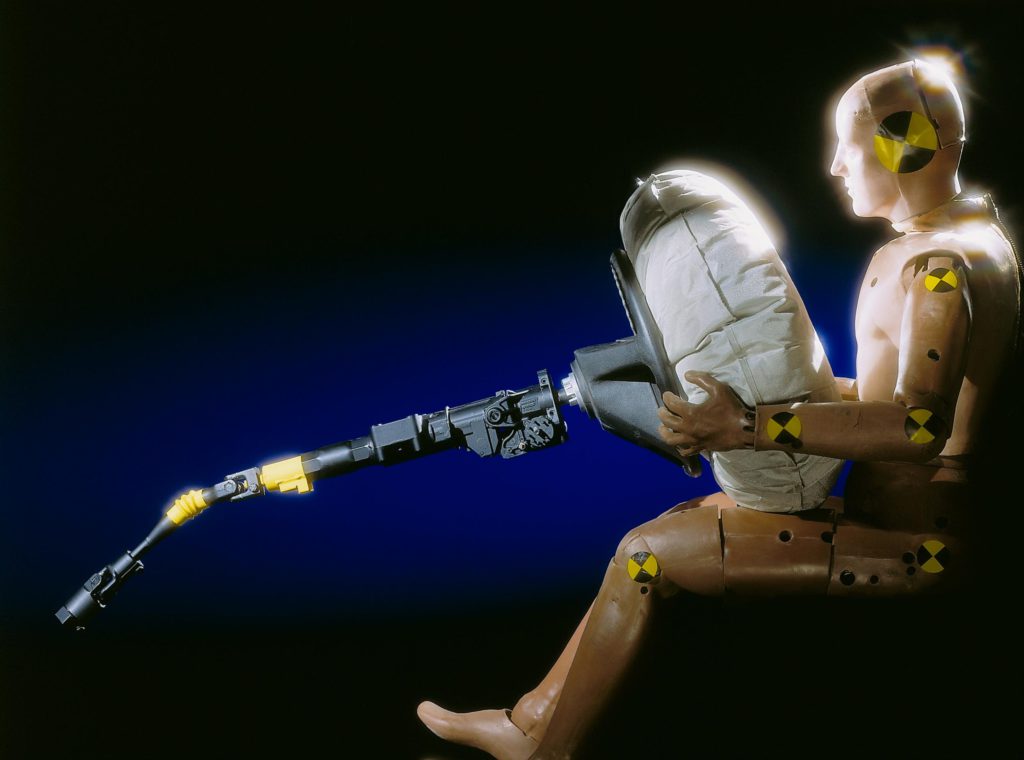 23 November 2017 The European Union has fined a group of car seat belt and airbag manufacturers in the latest example of a cartel hitting the automotive market. The decision by the Commission follows a six-year long investigation which began with raids on the offices of a number of companies specialising in the vehicle safety equipment. Cartels seem to be a prominent and undesirable part of the supply and manufacture industry, with a number either currently under investigation or concluded with financial penalties enforced. The fines total â‚¬34 million with six companies involved. The EU antitrust commission had identified that four separate cartels in which suppliers to Toyota, Suzuki and Honda coordinated over prices and markets and exchanged sensitive information between 2004 and 2010. Takata was fined â‚¬12.7 million, Toyoda Gosei saw penalties of â‚¬11.3 million, Autoliv is to pay â‚¬8.1 million, Tokai Rika must pay â‚¬1.8 million and Marutaka just â‚¬156,000. Takata’s financial penalty comes as the company faces lawsuits over its quality issues in airbag manufacturing, which have been linked to a number of fatalities and caused manufacturers to issue urgent recalls. Airbag and seat belt maker Autoliv said in 2011 that two of its German factories were targeted in initial investigations. The company said in a regulatory filing earlier this year it had accrued â‚¬8.3 million in the period ended 30 September for a â€²discrete portion’ of the Commission’s investigation. The automotive world is no stranger to the existence of cartels. InÂ July 2017,Â truck manufacturers were finedÂ for running a cartel discussing the cost of parts, while inÂ June 2017, a number of vehicle lighting manufacturersÂ were fined by the EU CommissionÂ for taking part in a collusion, one of many in the parts market to have come to light in recent years. In March 2017, the commission fined Behr, Calsonic, Denso, Panasonic, Sanden and Valeo a total of â‚¬155 million for taking part in one or more of fourÂ cartels concerning air conditioning and engine cooling partsÂ supply. Since 2013 the EU has also investigated and handed out fines to companies for fixing the supply ofÂ wire harnesses,Â parking heaters in trucks,Â car seatsÂ andÂ bearings. Companies found guilty of breaching EU cartel rules face fines of as much as 10% of their global turnover.Â A number of truck manufacturers were fined a total of â‚¬2.9 billion in 2016Â for operating a cartel. In addition, MAN, Volvo/Renault, Daimler, Iveco and DAF are facing lawsuits from clients who were affected by price fixing, meaning any settlements or compensation could take the costs higher still. However, those exposing the existence of cartels can see a 100% reduction in their fine, while those admitting to being involved can also see 10% taken from any penalty. According to sources involved with the investigation, companies involved in this cartel are working with the commission in the hope of reducing their financial obligations. In addition, German vehicle manufacturers Volkswagen (VW), Audi, BMW and Daimler, are under suspicion for running a cartel. The companies recently saw their offices raided as part of the investigations, with each manufacturer denying that such a setup was running, instead insisting that collusion is a natural part of the automotive world.
Companies Suppliers