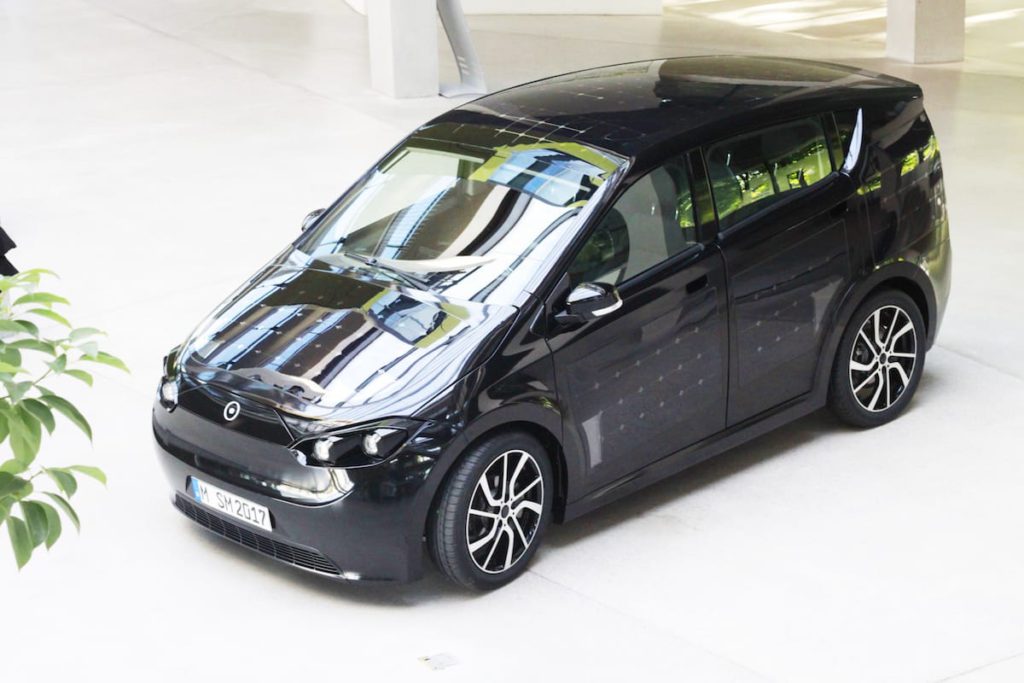 German start-up manufacturer Sono Motors has presented its solar car, the Sion, in Munich. Sold without a battery, the vehicle has a range of 250km and will sell for €16,000.

The Sion features integrated solar cells, which generate additional energy to top up an electric vehicle (EV) battery, creating an extra 30km of range in a day. The company’s vision is to offer a mobility concept for the future which does not produce CO2 emissions or use oil. The Sion also offers drivers the opportunity to extract power from the vehicle and offer it to other users, in a form of bidirectional charging. The company believes ′with the Sion’s output of 6.6kW, other electric cars can be charged.’

Sono Motors aims to either sell a battery for an additional €4,000, or offer a monthly lease, similar to that offered by Renault. The company hopes the car’s design will make it a popular choice for both families and commuters, with its low price bringing it in line with the traditional automotive market, in a sign that EV prices are beginning to come down.

A statement released by the company to coincide with the launch comments: ′Sono Motors first attracted attention after launching a successful crowdfunding campaign in the summer of 2016. For the development and production of the vehicle, the company is working together with well-known contract manufacturers and system suppliers from the European automotive industry. A total of 5,000 reservations of the Sion are required to start serial production in the second quarter of 2019. Shortly before the presentation of the solar car, more than 1,200 reservations had already been placed.’

As Sono Motors sees sharing as the future of mobility, the Sion comes equipped with three mobility services: ′powerSharing, rideSharing and carSharing.’ An app allows Sion users to share power, rides and even the car itself with other users.

The car will be touring Europe in August, with stopovers in at least 12 cities and seven countries, where interested parties will be able to test the Sion and learn more about the vehicle’s technology.

The introduction of solar charging would be a welcome boost to electric vehicles, as they bid to overcome issues such as range and charging location anxiety, which is keeping some consumers away from investing in them.