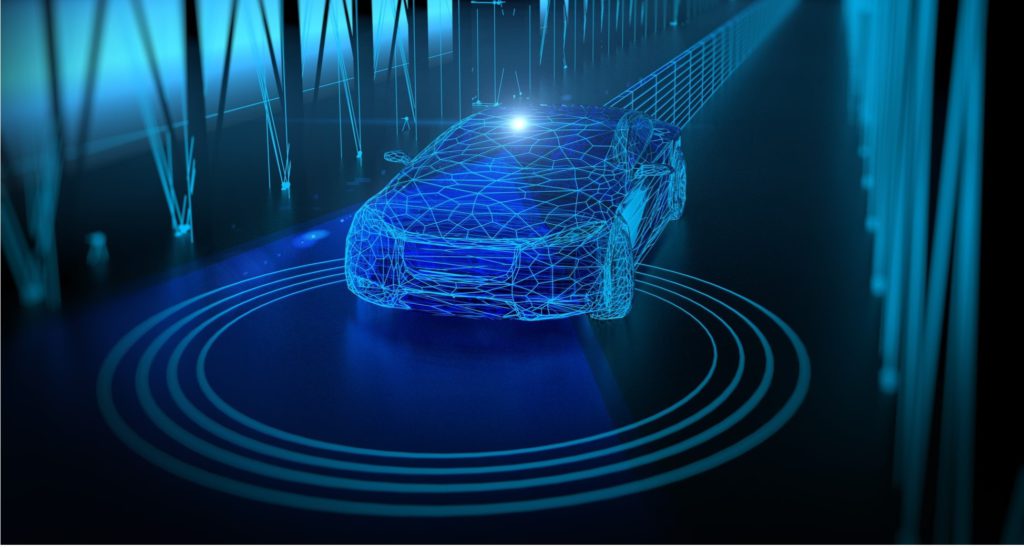 17 August 2018 Technology companies are increasingly entering the automotive market in the realm of autonomous driving. Many are looking to steal a march on vehicle manufacturers, and with no other commitments, such as the development of new engines, electric vehicles or emission-reducing technologies, they could do just that. Autovista Group asked readers of the Daily News Brief which technology company would come out on top in the race to autonomous driving, and the clear winner of the latest survey, with 46% of responses, was Google. The Alphabet company has been conducting tests of autonomous vehicles for some time, initially with its â€²mouse’ concept car. It also operates Waymo, a ride-share company that is working with Jaguar Land Rover to develop autonomous systems for passenger mobility in urban areas. The company is quite far advanced with its technology, and this is a reason as to why it led the Autovista Group survey. 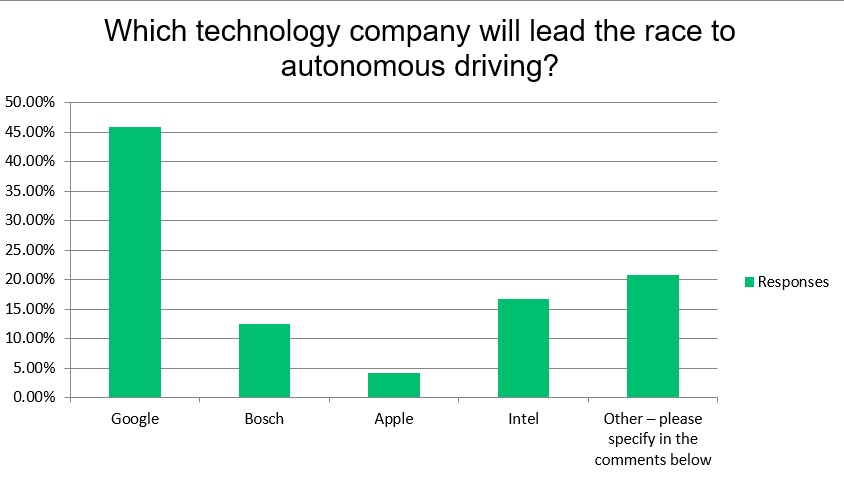 Next, 21% of respondents chose the â€²other’ category in the poll, placing it second. The overwhelming answer in this field was Uber. Although not a technology company, the ride-hailing business is developing autonomous technology for its fleets, using Volvo vehicles for its testing. The company was recently forced to suspend its testing following a fatal accident involving one of its vehicles. Other responses in this field included vehicle manufacturer BMW and Intel, although this was also an answer in the survey itself. In third place, with 17%, was the aforementioned Intel. Last year, the chip manufacturer bought Mobileye, a start-up business focused on developing autonomous technology. In a partnership with German manufacturer BMW and Italian carmaker group Fiat Chrysler (FCA), Intel is developing its systems to ensure it can win the race to automation by placing its developments in a real road-going car for the public market, rather than for car-share purposes. With 12% of the vote, vehicle supplier Bosch took fourth. Another company that is already well advanced in its autonomous development, although with various other automotive research projects, together with its ongoing defence in the Dieselgate scandal, its focus could be slightly blurred in this respect. The company has, however, partnered with Daimler and plans a self-driving taxi service by 2020. Last in the poll, with just 4% of the vote, was Apple. Despite being a leader in the mobile phone market, having revolutionised the way consumers view data through phones, tablets, computers and smartwatches, it is struggling to make a name for itself in the automotive world. Its rival Google is quite far ahead in development terms. However, Apple is continuing to push to ensure it can achieve a slice of the autonomous pie that is on offer.