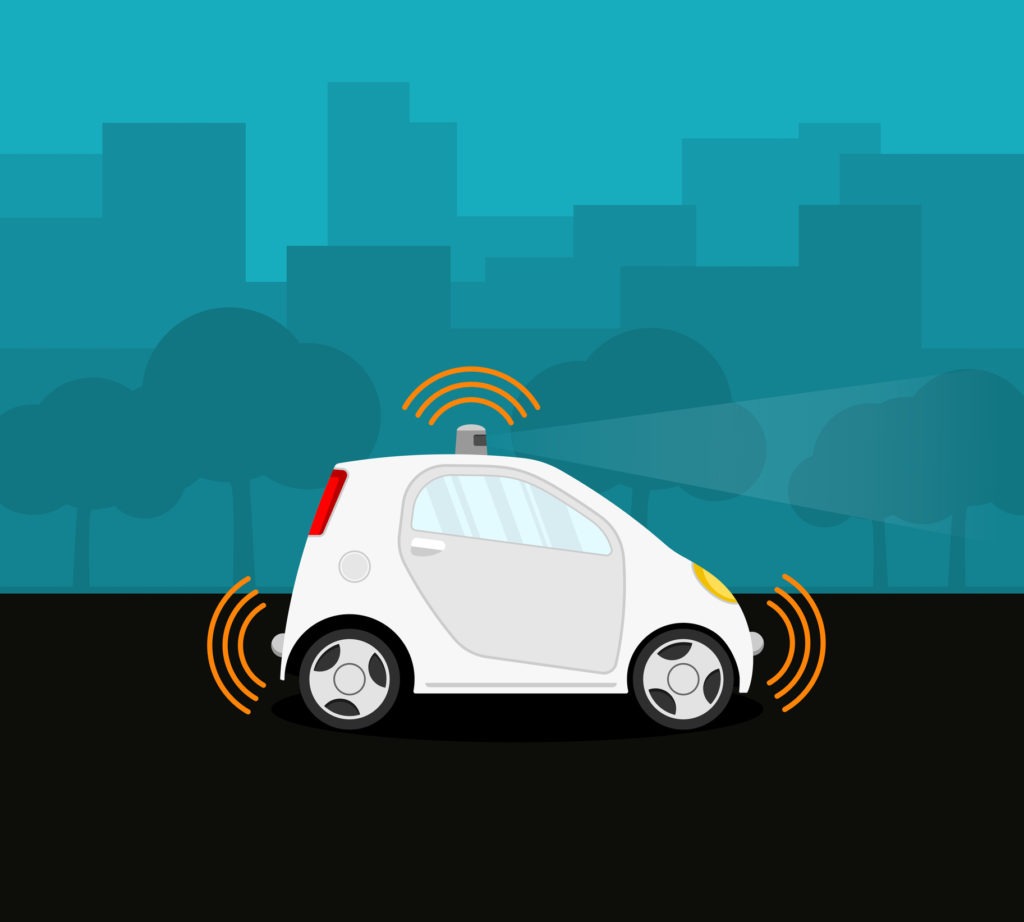 With more and more OEMs developing autonomous vehicles we asked our Autovista readers if and when they would feel safe handing over the reins to their vehicles. 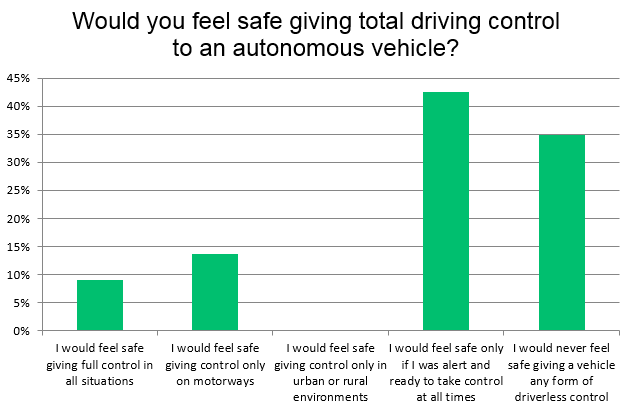 Just 9% of the respondents said they would feel safe giving full control in all situations, showing that more needs to be done to build trust towards autonomous vehicles.

More is being done to improve autonomous driving, with OEMs setting up new centres for research and development. BMW is constructing a new Driving Simulation Centre in Munich, while Fiat Chrysler (FCA) has built a new test track in the US for the exclusive use of testing the company’s self-driving technology.

The most comfortable respondents were with total autonomy would be on motorways, even so only a comparatively low 13% stated that they would be stress-free with this option.

A staggering 0% of respondents said that they would feel safe in urban or rural environments, with more people comes more dangers. One of the biggest challenges facing autonomous vehicle development is what to do in case of a potential accident involving a pedestrian.

JLR has added facial features to its autonomous vehicles, which is helping work out how much information future self-driving cars should share with users or pedestrians to ensure that people trust the technology.

The largest segment, taking 43% of the vote, required the driver to be alert and ready to take control at all times. One of the respondents illustrated trust in humans over machines, saying ′I’d be fine as long as it’s statistically proven to be safer than humans.’

With the second highest number of responses stated they would never feel safe giving a vehicle any form of driverless control. The 35% of responders’ opinions were summed up by one, who said: ′No, I don’t trust machines to make the right decisions (I have a PhD in Computer Science)’