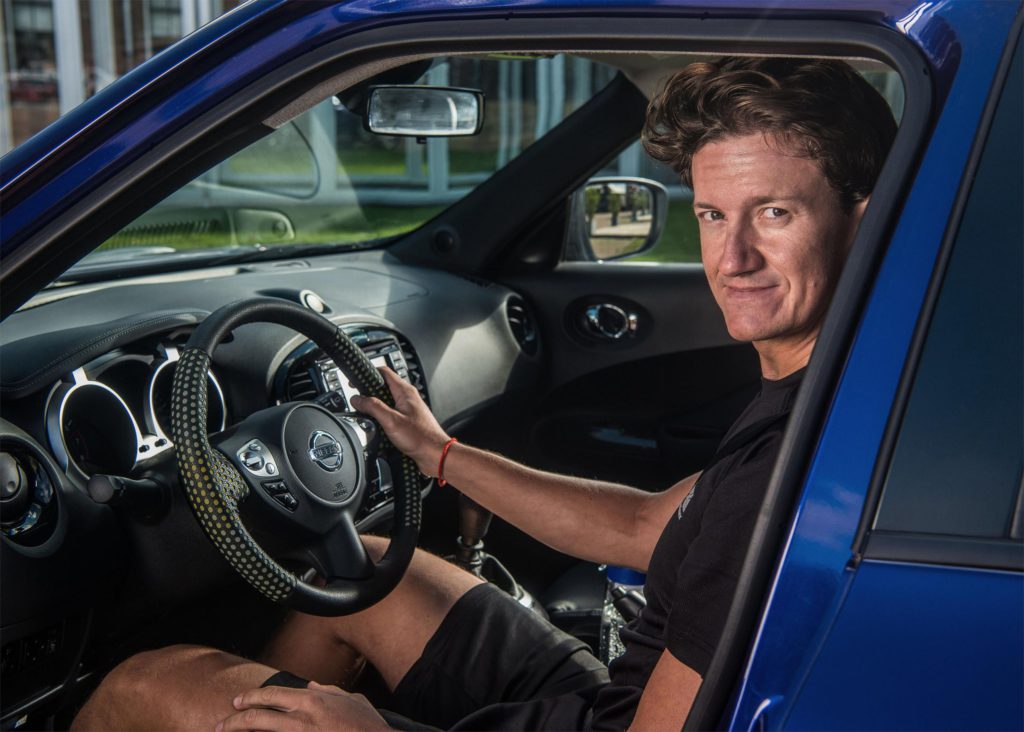 Japanese manufacturer Nissan has debuted ′sweat-sensing’ technology in an effort to highlight the importance of hydration to drivers.

The company is encouraging consumers to ′hit the bottle’ in a bid to improve road safety. According to the company, a 2015 study funded by the European Hydration Institute and carried out by Loughborough University in the UK found that drivers who had consumed only a sip of water (25ml) per hour made more than double the number of mistakes on the road than those who were properly hydrated.

Furthermore, the study found that the number of errors made was equivalent to drivers with a blood alcohol content of 0.08%, the current UK drink-drive limit. Mistakes included late-braking, drifting within a lane and crossing lane lines.

The simple act of drinking more water can help address the issue. A 2013 study by two universities revealed that people who consumed a pint of water before carrying out mental tasks had reaction times that were 14% faster than those who did not have a drink.

In conjunction with Dutch design brand Droog, a sweat-sensing technology coating called SOAK has been integrated into a Nissan Juke crossover. By applying it to the Juke’s steering wheel and front seats, the manufacturer believes it creates a simple yet effective alert system to warn drivers that they need to drink more water.

The SOAK coating works by changing colour when it’s in contact with perspiration – for example, on a person’s hands or clothes after exercise. When drivers are dehydrated, the SOAK coating turns yellow and when they are rehydrated, it turns blue.

Harj Chaggar, medical consultant for NISMO, comments: ′While many athletes are well-versed on keeping hydrated, many people outside the sporting sphere remain unaware of the impact of dehydration on physiological performance. Sweat-sensing technology built into a car is an innovative way of highlighting this, aiding prevention by warning the driver directly.’

Paulien Routs, a Droog researcher and designer who created the technology, adds: ′I originally created SOAK to be used on sports clothing. My vision is to create innovative solutions that aid the wearer in some way, using new technologies to bring function to fashion and textiles, as well as establishing new ways of interacting with our health and bodies.’

While Nissan currently has no plans to integrate sweat-sensing technology into the Juke (or, in fact, any of its vehicles), it illustrates the brand’s approach to innovation in safety technology.