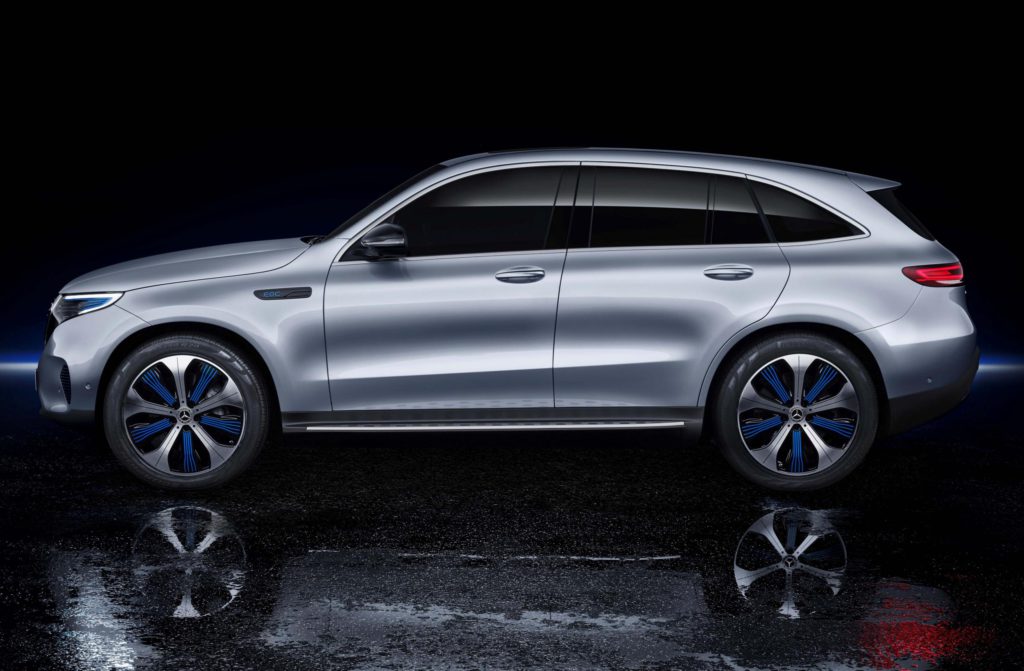 In the third of a new series that considers total cost of ownership (TCO), Autovista Group has created a dashboard comparing the retail prices (including taxes) and TCO of leading D-SUV battery-electric vehicles (BEVs) in France, Germany, Spain and the UK. Senior data journalist Neil King discusses the findings.

Autovista Group’s TCO analysis reveals that D-SUV BEVs will struggle to compete with petrol and plug-in hybrid D-SUV models in France, Spain and the UK as their list prices exceed the price ceiling to be eligible for government incentives. Even in Germany, the TCO of fully-electric D-SUV models is only on a par with petrol models because of the €7,500 incentive. However, the plug-in hybrid (PHEV) BMW X3 has a lower TCO than comparable fully-electric and petrol models, despite only being entitled to a €5,625 subsidy. 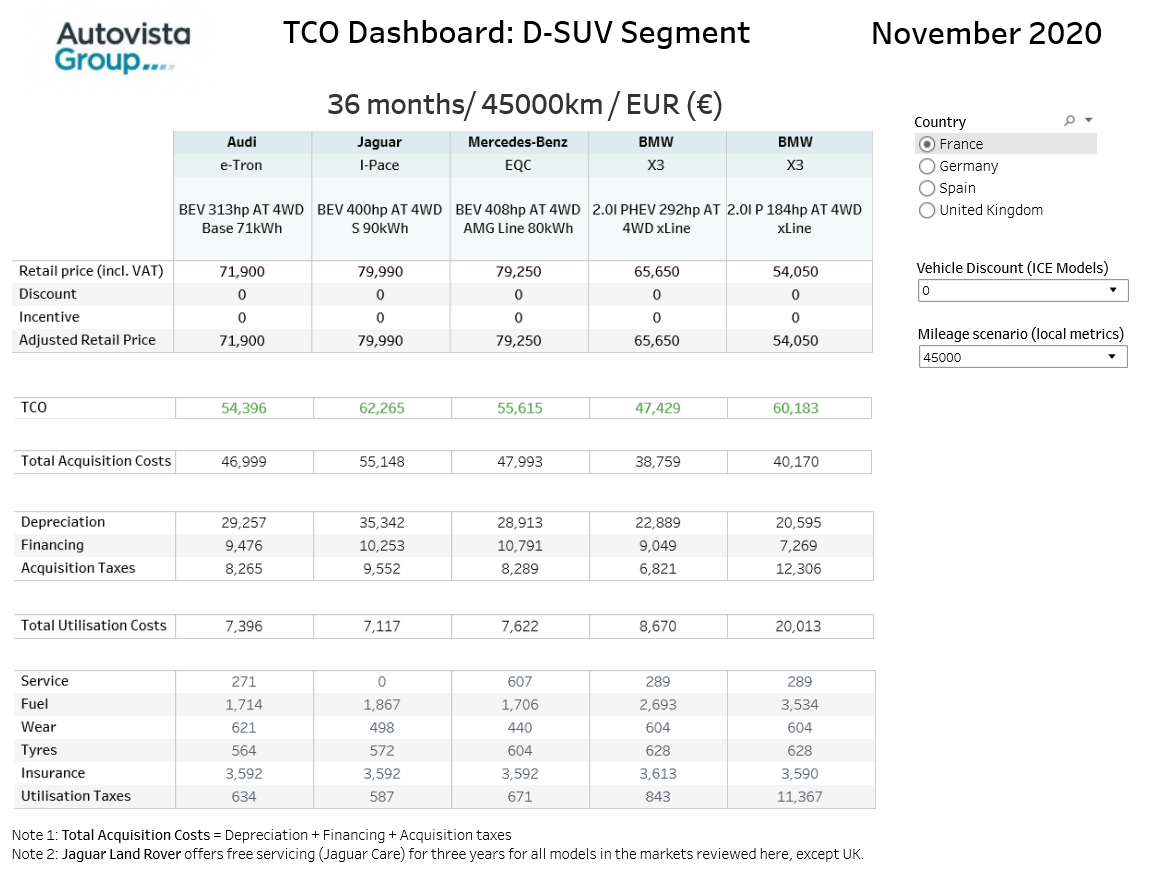 Without the aid of subsidies, the D-SUV BEVs are at least €6,000 more expensive than our reference plug-in hybrid model, the BMW X3 PHEV, and €17,000 costlier than the 2.0-litre petrol BMW X3 in France. In Spain, the price premium over the X3 PHEV for the cheapest D-SUV BEV under review, the Mercedes-Benz EQC, is over €17,000 and the Mercedes BEV costs about €28,000 more than the petrol X3. Price differences are similar in the UK too when converting the British Pound to Euro at current exchange rates. In Germany, the subsidy helps to close the pricing gap but the BEVs still cost at least €6,000 and €11,000 more than the X3 PHEV and the petrol X3 respectively.

Full-size electric SUVs can therefore only compete on price against petrol and plug-in hybrid rivals if attractive list price positioning is combined with healthy government support. List prices and/or price ceilings for incentives therefore need to be lower, and the incentives higher for these models to gain momentum.

These standard TCO results do not factor in discounts that buyers may negotiate on petrol competitors such as the BMW X3. For this reason, TCO calculations are also provided with discounts of 10% and 20% applied to the 2.0-litre, 184-hp petrol BMW X3 in this analysis.

The upshot is that there is not a compelling argument for consumers to switch to electric full-size SUVs across Europe. Even in Germany, consumers are likely to favour petrol power as the BEVs do not offer a sufficiently attractive TCO advantage. PHEVs may fare better but the cost savings come with the inconvenience of charging and if the battery is not recharged, which is common among PHEV owners, the savings would of course be eroded.

This is a concern as SUVs continue to gain in popularity and, in turn, are driving up vehicle emissions. Whereas B-segment and C-segment BEVs offer competitive TCO, albeit only because of incentives, there is an argument that this is more important for SUVs as governments and carmakers alike seek to reduce pollution levels. Higher incentives across Europe, along with lower prices and incentive ceilings, would also provide a much-needed boost as the automotive sector contends with the fallout from the coronavirus (COVID-19) pandemic.

Click here or on the screenshot above to view the pricing and TCO dashboard for the D-SUV segment models under review in France, Germany, Spain and the UK.