Tesla points to opening up its Supercharger network to other carmakers 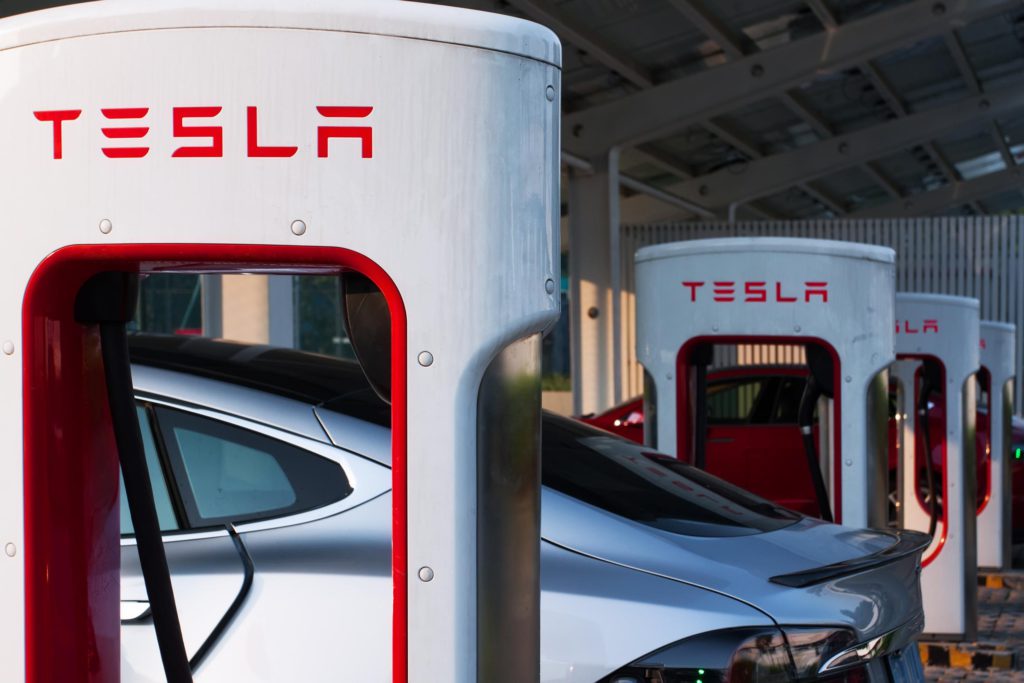 Like Apple with its iPhones, Tesla has developed its own proprietary charging system, which only its cars can currently use. Making the system exclusive has allowed them to tune it perfectly to their cars, with a much faster charging rate than for other electric vehicles (EVs).

And crucially, uniquely among manufacturers, it has allowed them to invest in their own charging network, optimising its growth to their own sales and customer demand and locations, rather than relying on patchwork and varying investment by national governments. This has given them a major edge in the initial uptake of electric vehicles.

However, this Apple-like model has its downsides. Tesla has endured high capital costs over the years from building this network, which has made profitability challenging. Furthermore, as national governments increasingly get their act together with their own electric vehicle networks, these are increasingly going to rival the size and scale of those of Tesla, and ultimately dwarf them

National networks in Europe and the US use the CCS charging standard, which is incompatible with Tesla’s Supercharger standard. Their cars cannot use the CCS network, and vice versa. This did not matter for Apple with its iPhones, since it commands around a fifth of the entire smartphone market globally (and most of its profits), but ultimately Tesla is unlikely to command such a high share of the global electric vehicle market.

In addition, the need to install chargers makes it difficult for Tesla to enter new markets, including ones rapidly growing such as China (where it is currently looking to expand) and India, limiting its growth. The proprietary nature of its network has created locational problems Apple did not have to contend with its iPhones.

Tesla is aware of these problems. CEO Elon Musk first floated the idea of sharing its Supercharger network in 2015, but with only a few hundred Superchargers operating at the time, the proposals did not gain any momentum.

However, now that Tesla has more than 5,000 quick-charge stations across more than 800 sites, and expects this to swell to more than 10,000 globally by the end of this year for the launch of the Model 3, this has now become a very serious network that could play a very significant role in the broader electric vehicle revolution.

To this end, Tesla has recently joined the CharIN consortium, which controls the rival CCS agreed standard across the US and Europe, which means it will be now working to promote this CCS standard. This strongly suggests there will be moves to improve compatibility between Tesla’s Superchargers and the CCS system cars. This would be a win-win for both, with both Tesla and other EV owners able to access a much broader network, and would also help Tesla enter new markets, not being held back versus other electric vehicle manufacturers by having to build up its own charging network first. This would otherwise become a major hindrance for Tesla over the next decade.

Tesla’s chief technology officer JB Straubel has strongly suggested that plans are now underway. He said to Electrek: ′For things like Supercharger, we are actively talking to other carmakers and we are trying to figure out a structure to work with them.’

There are many problems with such a proposal however. From Tesla’s perspective, the first is congestion. While Tesla is doubling the size of its Supercharger network this year, this is in expectation of this demand being met by the major upcoming launch of its Model 3 compact sedan, with which it hopes to bring electric vehicles into the mainstream. Flooding its charging network with other electric vehicle owners could seriously impact the experience for its customers, who pay a premium with high expectations.

Other issues are related to the standards used by Tesla’s charging network, which was in development before current standards were agreed upon. Most EVs from other manufacturers are designed for a charging rate less than half that in kilowatts of Tesla’s fast charging. This can be taken into account by the Tesla charging system, but will mean these other EVs charge much more slowly than Tesla’s could – not a situation other OEMs would be willing to stand with for long.

The plug itself is also problematic – with not just Tesla but other standards used worldwide. In addition to Tesla’s unique standard, some Asian manufacturers use the CHAdeMO charging standard, which in some ways actually bears more similarity to Tesla’s standard than that of the US-EU CCS standard. While Teslas can be connected to CHAdeMO chargers using an adapter, they cannot be connected to CCS chargers. Despite this, cars designed for neither the CHAdeMO chargers nor the CCS chargers can connect to the Superchargers from Tesla.

The news that Tesla is willing to promote the CCS standard is highly significant, and will help the global automotive industry develop a worldwide standard that could greatly raise the potential of electric vehicle uptake across the globe.