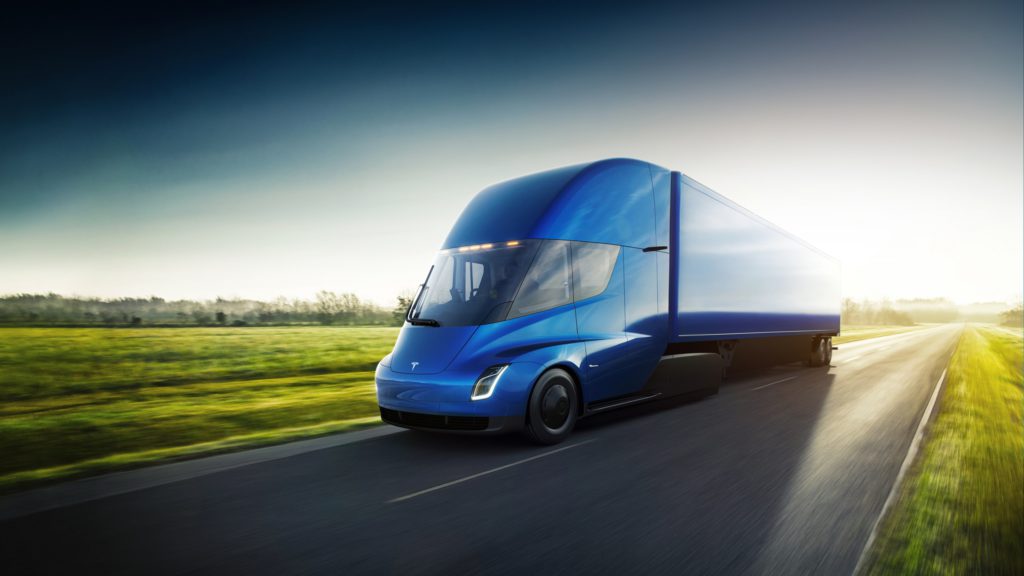 Tesla has finally introduced its first electric truck, designed to clean up the haulage industry which is currently very reliant on diesel technology.

The all-electric semi-trailer is to be sold with two battery sizes, offering either 300 miles of range, or 500 miles. The company believes that the bigger battery could offer 400 miles of travel on a charge of just 30 minutes. Without a trailer, the Tesla Semi achieves 0-60mph in five seconds, compared to 15 seconds in a comparable diesel truck. The company plans to bring the Semi into production and onto market in 2019.

According to the electric vehicle (EV) manufacturer, the Semi is able to climb 5% grades at a steady 65 mph, whereas a diesel truck maxes out at 45 mph on a 5% grade. The Tesla Semi requires no shifting or clutching for smooth acceleration and deceleration, and its regenerative braking recovers 98% of kinetic energy to the battery, giving it a basically infinite brake life.

Speaking to journalists at its launch event, CEO of Tesla, Elon Musk, said: ′We designed the Tesla truck to be a bullet. It’s like driving a Tesla, it’s just big.’

The truck is designed to be powered by four independent electric motors on the rear axles, which provide it with its ′bullet like’ acceleration, and power it up to a maximum speed of 65mph. The company did not give any information on prices, but it did estimate that diesel trucks currently in operation would be 20% more expensive that the Tesla Semi.

The range of the Tesla Semi is longer than was previously expected.

The launch event was expected to be solely for the company’s Semi, however CEO Musk added a surprise, with the launch of a next-generation version of the company’s Roadster, the vehicle that brought Tesla to the market in 2008.

The new Roadster will be all-wheel drive via three electric motors, seat two adults and two children and feature a removable roof. The base model will be able to accelerate from 0-60mph in 1.9 seconds, Musk told the audience. Maximum speed on top-end models will exceed 250mph with a 620-mile range from a 200 kWh battery pack.

′The point of all this is to give a hardcore smackdown to gas cars,’ Musk told the crowd. ′These numbers sound unreal but they’re not.’

The announcement of the new Roadster model is surprising considering the issues the electric vehicle company faces at present. Tesla’s Q3 results were disappointing, with the manufacturer blaming production bottlenecks with its new Model 3. This in turn has caused the company to miss its production deadlines with its first mass-market model, pushing back production targets by three months. Therefore, rather than producing 5,000 vehicles a week from Q4 2017, the company now plans to achieve these targets by Q1 2018. Tesla will also reduce Model S and Model X production by 10% to move stock and workforce to achieve these targets.

Therefore, it is difficult to see how the company will be able to ensure a second production line will be free for the new Roadster model, while its Q3 results highlight the cash flow problem the company has, raising questions of how its Roadster may be funded.