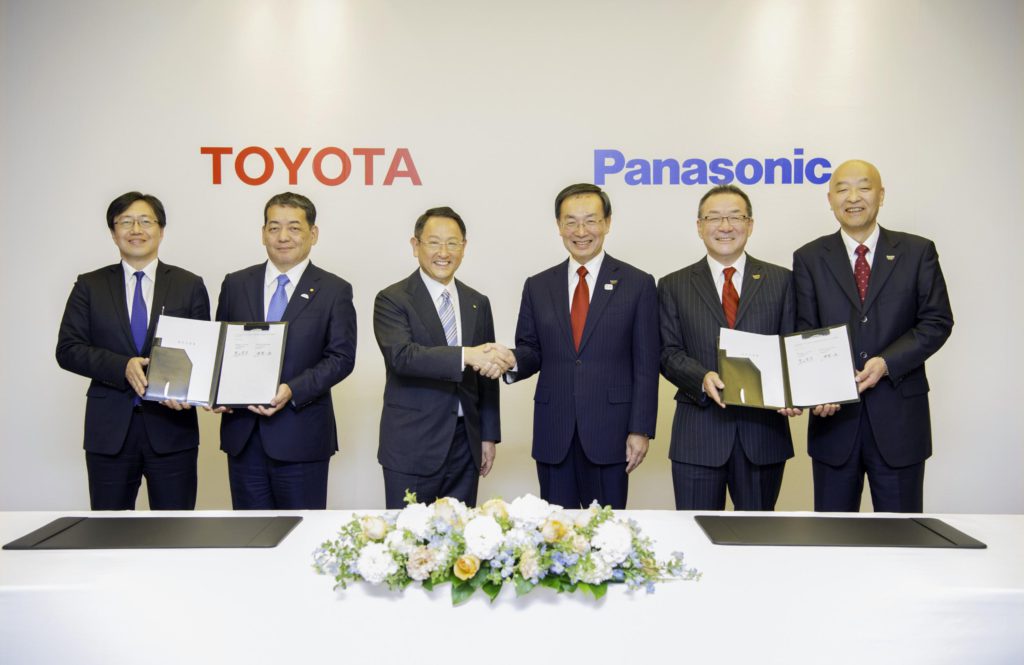 13 December 2017 Japanese vehicle manufacturer Toyota and technology company Panasonic is considering joint-development of lithium-ion batteries for use in electric vehicles (EVs). The two companies have signed an agreement aimed at addressing the growing demand and expectations being placed upon EVs. The partnership would build on an existing agreement under which Panasonic manufactures batteries for Toyota’s hybrid and plug-in hybrid vehicles. In a statement, the vehicle manufacturer said: â€²Toyota and Panasonic recognise the importance that further advancements in battery performance, price and safety, as well as a stable supply capacity, will have on encouraging further popularisation of electrified vehicles. Both companies will consider details of the collaboration with the aim of achieving the best automotive prismatic battery in the industry and, ultimately, contributing to the popularisation of Toyota’s and other automakers’ electrified vehicles.’ The goal is to make the best prismatic battery — rectangular as opposed to cylindrical — and ultimately contribute to the popularisation of Toyota’s electric cars and those of others, it said. The move will boost both companies in their bid to cement their place as leaders of electric technology. Panasonic is currently struggling to meet demand, as it helping US-based electric vehicle manufacturer Tesla, which is facing a supply shortage of batteries as its Gigafactory gets up to speed. Meanwhile, Toyota believes it has been pushed into a U-turn on its stance of producing only hybrid and hydrogen fuel cell vehicles as it looks to meet new Chinese quota demands. The company has launched a joint venture with Mazda and technology supplier Denso to accelerate development of models in this market and plans to introduce EVs in China and India by 2020. In the statement announcing the venture, Toyota continued: â€²Through activities such as launching the Prius, the world’s first mass-production hybrid vehicle (HV), in 1997, and the Mirai fuel cell vehicle (FCV) in 2014, Toyota has a record of taking on difficult challenges in its effort to realize a sustainable mobility society. Leveraging the know-how and experience accumulated through the continuous refinement and commercialisation of its electrification technologies, Toyota is working on the development of a full range of environmentally friendly vehicles including HVs, PHVs (plug-in hybrid vehicles), FCVs, and EVs (electric vehicles) that fit the needs of customers’ lifestyles worldwide.’ Panasonic is the market leader in EV battery supply, with 29% of the market share. Nearest rival, LG Chem, holds a 13% share. Panasonic and Toyota have also had a joint venture since 1996 called Primearth EV Energy Co., which makes lithium-ion and nickel-metal hydride batteries for other Toyota cars. Toyota controls 80.5% of the entity, with Panasonic owning the remainder. The Japanese company will continue to develop its solid-state batteries in-house. Executive vice president Didier Leroy sees them as a â€²game-changer’ with the potential to dramatically improve driving range. Toyota has more than 200 engineers working on this technology. Photograph courtesy of Toyota
Companies Vehicle Manufacturers