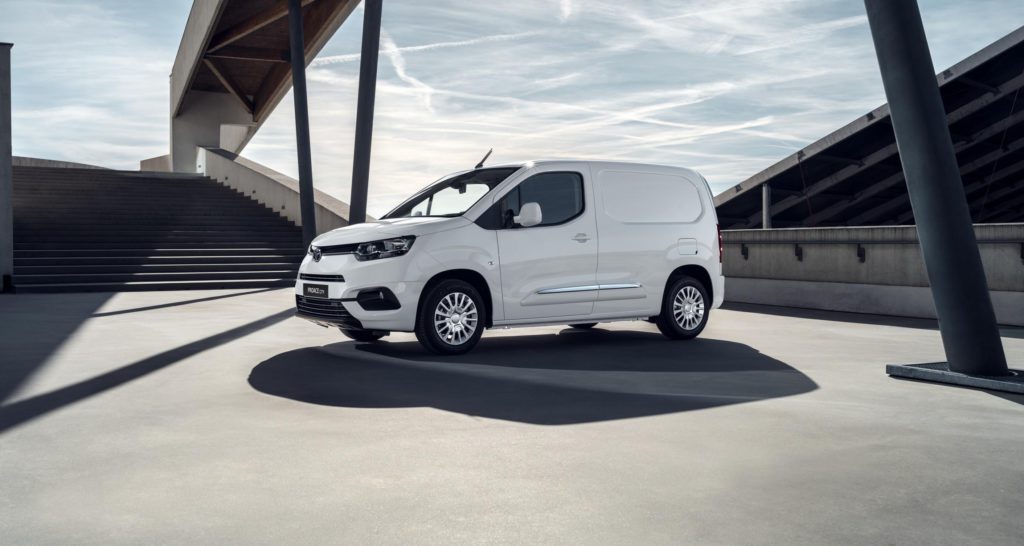 Toyota has presented its new ′Toyota Professional’ commercial vehicle brand. The company is strengthening its European light commercial vehicle (LCV) line-up and will cooperate with the PSA Group to launch fully electric versions of the Proace and Proace City vans in 2020 and 2021 respectively.

PSA Group and Toyota started their collaboration on light commercial vehicles in Europe with the Proace and, late in 2018, announced the next chapter of their long-term partnership.

The Toyota Proace has been manufactured alongside the Citroen Jumpy and Peugeot Expert at PSA’s plant in Valenciennes, France since 2016. The new Opel Zafira Life is also underpinned by PSA’s EMP2 platform but is built at the Vauxhall plant, now under PSA ownership, in Luton in the UK. The Proace is currently only offered with diesel engines rated at 100, 120 or 180 horsepower.

′Growing concerns about climate change and air quality are leading to new low emission regulations in many European cities. These factors are changing LCV customers’ requirements and priorities, especially in urban areas. Toyota will address this change in customer needs by introducing BEV (battery electric vehicle) versions of Proace and Proace City,’ Toyota said in a statement.

The electric versions of the larger Citroen Jumper and Peugeot Boxer vans previously announced by PSA will not be built as electric vans but will be retrofitted in Italy by partner company BD Auto. Depending on the wheelbase, the electric LCVs will have a range of between 225 and 270 kilometres, according to the NEDC standard. Opel has also announced a purely electric version of the Zafira Life for early 2021 but has yet to reveal any details about the model’s range, performance and price.

In its statement, Toyota did not elaborate on whether they will also rely on BD Auto to convert the Proace to electric drive.

The Toyota Proace City, which will go on sale early in 2020, ′will be a competitive and appealing addition to the compact van segment, expanding Toyota’s coverage to more than two-thirds of the European LCV market. It offers designed-in practicality with excellent load and length capacity, being one of few models that accommodate two Euro pallets,’ according to the company statement.

The new car-derived van (CDV) is identical to the Citroen Berlingo and Opel Combo, except for the brand logos, and also the Peugeot Partner – apart from a few different details in the interior. These models are all based on the EMP2 platform too, but again it is not yet clear which electric drivetrain Toyota will use in the new model.

Toyota’s new LCV product offensive also underpins the launch of a new brand strategy: Toyota Professional. ′This initiative will add focus and dedication to LCVs across its European network,’ according to Toyota’s statement.