Toyota commits to hydrogen as the automotive future 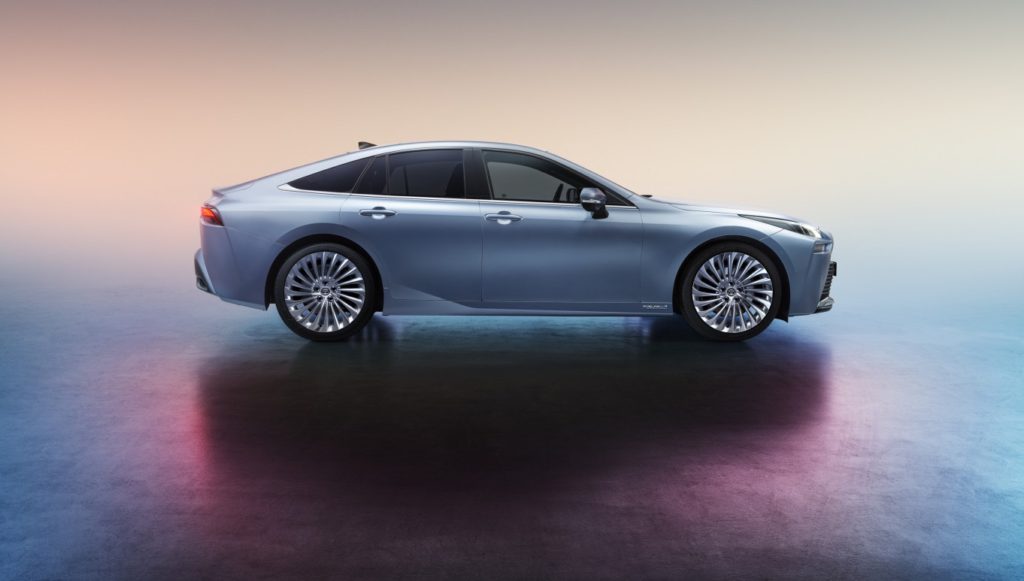 6 March 2020 Hydrogen fuel-cell vehicles will become the mainstay of the market, and pure electrification is not the dominant route the industry should be taking, according to Jon Hunt, manager of alternative fuels at Toyota. During a presentation at the Forecourt Trader Summit, Hunt told delegates that this view is not only that of the Japanese carmaker, but one the industry believes in as well. He referenced a recent annual survey of global automotive executives by KPMG, which states around 80% believe fuel-cell electric vehicles (FCEVs) will be the real break-through for the industry. Battery dilemma ′What we see today is a rapid shift into battery, because to produce fuel-cell power, you need to have an electric power train first. So that’s where the development is occurring, before moving to FCEV,’ he told delegates. ′Notwithstanding that, there are many manufacturers who have huge issues of achieving their emission reductions to avoid fines. That means that they have to have a certain proportion of zero-emission cars. That is distorting the market.’ Hunt also highlighted that batteries have constraints through the considerable resources needed to produce them relative to the power they provide. ′The bigger the battery you have, to give you further range, means the more resources you use, the more energy you require, and the bigger and more detrimental it is in terms of the environment. ′All this development needs a lot of time and a lot of resources, so I don’t believe we will get anywhere near the volume of sales in terms of battery-electric vehicles that are being forecast by politicians and others″¦ There is not the production supply chain to do so.’ Hydrogen belief Toyota has been developing FCEV technology for the last 20 years, refining the technology and making breakthroughs, which it is now sharing with various manufacturers. The company launched one of the first FCEV models, the Mirai, in 2015, and was due to present the second-generation version for the first time in Europe at the Geneva International Motor Show, until the event was cancelled due to the new coronavirus outbreak. ′It is the belief of Toyota, that fuel-cell electric vehicles are going to be the mainstay of vehicles going forward,’ Hunt told the audience. ′They refill in three or four minutes; have zero emissions and electric power trains. ′There are 150 Toyota fuel-cell vehicles on the road today in the UK, which have done around about three million miles of zero-emission on hydrogen dispensed by hydrogen systems here – taxi operators, police cars that need an immediate quick response, people who need convenience. We have demonstrated that in the harshest environments, fuel-cell vehicles work perfectly well to satisfy the needs of its customers.’
Tech Alternative Powertrain