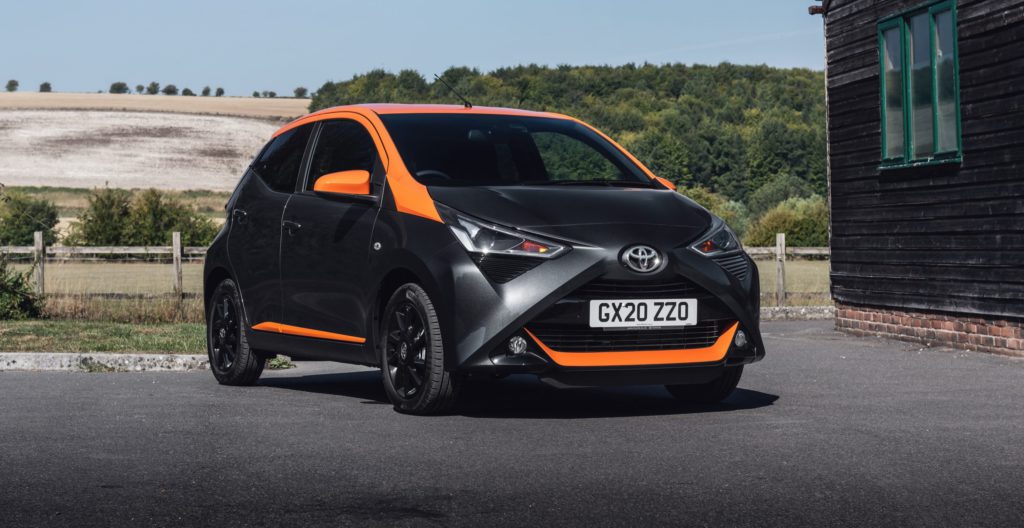 Toyota has committed to the European A-Segment by announcing it will build a third model on its GA-B platform.

The new car, set to replace the current Aygo model will, ′continue the role of an entry point to the Toyota brand and will retain the key dimension of being accessible,' the company said. The GA-B platform is currently used by the Toyota Yaris and the upcoming Yaris small SUV.

The A-segment is an increasingly challenging area of the automotive market in Europe. Several carmakers have stopped producing minicars as they struggled to meet CO2 targets and introduce new technologies. Ford ended sales of the Ka+, while Opel chose not to replace the Adam and Karl minicars at the end of their lifecycle.

Others have started to remarket their minicar offerings as battery-electric vehicles (BEVs). One example is Renault, who will bring their Twingo Z.E to the market. This will help them lower average CO2 output and aid the reduction of air pollution in cities – the natural home for the A-segment.

BEVs, however, currently have a price disadvantage. The increased costs involved with development, technology and logistics, mean carmakers need to increase model prices to secure profit margins. A smaller car’s appeal has often been its low piece, meaning BEV-based A-segment models could struggle.

This is why Toyota will continue to offer internal combustion engines (ICE) in its new vehicle rather than switch to electric technology. ′Today, the A-segment is heavily dominated by products featuring internal combustion engines, illustrating that budget is a key consideration – and the market outlook sees this strong mix continuing, especially for customers where financial accessibility is a dominant factor,' the carmaker said.

The carmaker is keen to emphasise the ′accessibility' of its new model, especially as the segment may appeal to younger buyers. It will use its GA-B platform strategically to help deliver this goal. The next model to feature the platform is the Yaris Cross, which will be launched later this year. Together, Yaris, Yaris Cross and the new A-segment model are expected to bring annual production of GA-B based products to over 500,000 in Europe. ′This volume achievement will help to deliver the economies of scale that are necessary to secure the key element of accessibility that A-segment customers demand,' the carmaker stated.

The ICE route may not be the only way to attract customers to the A-segment, however. Last year, Citroen gave an update on the Ami. With a list price of around €6,000 and a full-electric drivetrain, the vehicle is classed as a quadricycle.  This allows it to be driven on a provisional licence by anyone over 16. The company is currently reviewing its options for marketing the vehicle.

The electric vehicle is similar to the Peel P50 minicar with a door at the rear, while the model can seat two adults. It will offer two battery options (125km or 200km range), a 90kmh maximum speed and prices starting from €12,000.

Toyota's new vehicle will be sharing an award-winning platform, with the Toyota Yaris announced as the European Car of the Year (COTY) for 2021. This is the third time Toyota has won COTY, and the second time with the Yaris, following success for the first-generation model in 2000.

′This is a great honour for Toyota, and I thank the jury for their consideration and recognition,' commented Matt Harrison, executive vice president of Toyota Motor Europe. ′I would also like to take this opportunity to recognise the passion of our development teams in Europe and Japan. This the best ever Yaris and, just as Toyota President Akio Toyoda intended, it is already putting a smile on the faces of our customers.