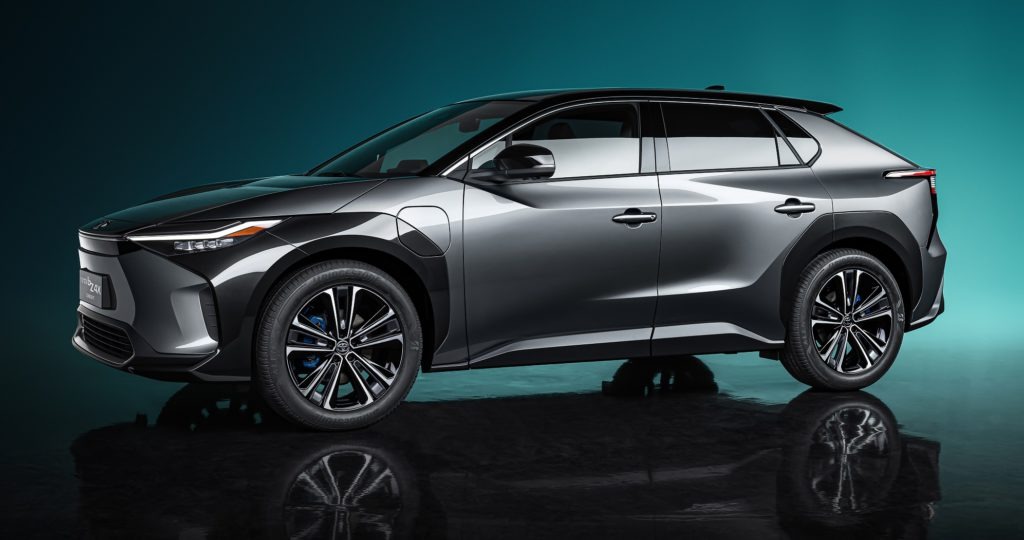 The bZ4X will be built in Japan and China, with worldwide sale slated for the middle of 2022. More broadly, Toyota is planning to introduce 15 BEVs, including seven models within the bZ range, by 2025. Then, Toyota hopes to expand its total number of electrified models to around 70 by 2025.

′In Europe, this will translate into a powertrain mix that is more than 70% hybrid by 2025; more than 10% plug-in hybrids and more than 10% zero-emission models – both battery-electric and fuel-cell electric vehicles,’ Toyota confirmed.

Toyota breaks down ′beyond Zero’ into four elements. The first, ′you and the environment,’ considers the energy the car uses to move, as well as how it can make use of regenerative or renewable energy. The second aspect, ′you and your car,’ concentrates on how a BEV, built on a dedicated platform, equips all the latest technology to provide connectivity, safety, and an enjoyable driving experience. Thirdly, ′you and others’ guides BEV creation for spaciousness and quiet, which will inspire people to interact. Finally, ′you and society’ considers the wider societal impact, and making the world a better place to live.

Looking at the development of its BEVs, Toyota followed two distinct powertrain-based approaches, considering CO2 reductions from life-cycle assessment (LCA). The first focuses on small-capacity, short-distance, ultra-compact builds within a ′mobility for all’ approach. This means business models that could be based on the commercialisation of battery reuse and recycling.

In contrast, the bZ series addresses the ′human-centred’ approach. This addresses the more widespread use of BEVs in regions like Europe, the US and China, where there is a significant demand for the powertrain, alongside a large supply of renewable energy sources. The bZ series will feature an open and unique design, as well as a new dedicated platform that will feature a ′practical cruising range that considers the operating environment.’

As with many carmakers building the basis for their BEV families, Toyota addressed the need for a customisable platform that can support different model variations in terms of size and design. To prepare a wider range of vehicle choices, the Japanese OEM is working with other partners who boast expertise in various fields.

Starting with the bZ4X

As the front runner for the bZ family, the bZ4X concept, which Toyota developed alongside Subaru, is a primary example of this collaborative approach. Sitting on the e-TNGA BEV-dedicated platform, it takes advantage of the electric expertise of the former and combines it with the all-wheel-drive (AWD) know-how of the latter. This design provides the bZ4X a long wheelbase with a short overhang, which creates interior space comparable to a D-segment sedan.

The AWD system developed by the two OEMs makes use of the ′unique responsiveness of electrified vehicles,’ resulting in what Toyota promises to be a safe and pleasing driving experience, as well as impressive off-road capabilities. Alongside regenerative energy systems, the vehicle also uses a solar recharging system which recharges the battery when stationary.

The bZ4x is also the world’s first mass-production model fitted with the combination of a steering yoke and a steer-by-wire system. This technology provides greater control, removing interference from rough road surfaces and braking, meaning a more precise response in line with the vehicle’s speed and steering angle. It also means no more traditional circular steering wheel, removing the need for the driver to move their hands around the wheel as they make a turn. The low instrument panel and meter above the steering wheel enhance space while also improving visibility and safety.

Launching the bZ family with a mid-sized SUV, Toyota is also taking stock of current market trends. Joining the likes of the BMW iX3 and the Ford Mustang Mach-E, the bZ4X plays on the continuing popularity of the body type. Given the traditionally higher price tag for SUVs, it also encourages consumers with more spending power to invest in BEVs, driving electric adoption.