Toyota to pause production after Brexit 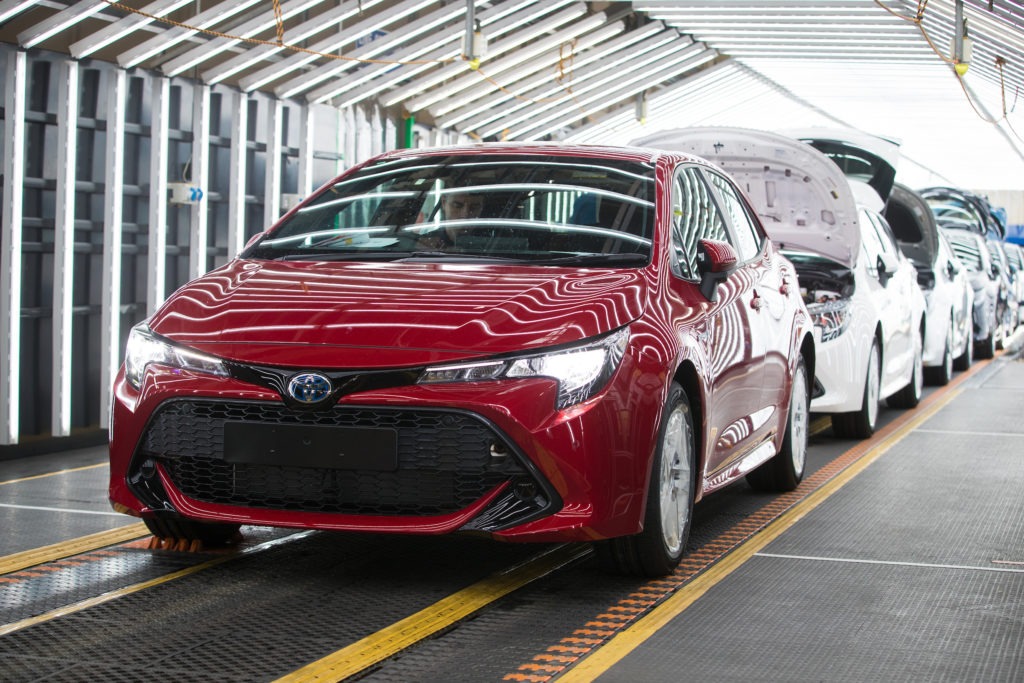 Toyota to pause production after Brexit

Toyota will shut down vehicle production at its UK plant for a day after the UK leaves the European Union on 31 October.

The UK Prime Minister Boris Johnson has stated that Brexit will occur, with or without a deal, and has submitted a plan to suspend parliament to prevent any challenges that would delay the process further.

With just under two months until the deadline and no-one quite knowing what the current situation is, Toyota has taken the decision to close the production lines at its Burnaston plant in Derbyshire, suspending output of the Corolla and Avensis.

′We will have a production pause on the first day of Brexit, which is Friday 1 November, and then we will restart production on the Monday and the Tuesday,' a spokesman said.

′We don’t know what the actual situation will be like. We have already pulled forward a couple of days of extra inventory which we will then use on the Monday and Tuesday, and we will have to see what the situation is after that,' he added.

Toyota said no volume would be lost from the pause in output.

Last year, with the initial Brexit deadline of 29 March still in place, the managing director of Toyota's Burnaston plant, Marvin Cooke, suggested that should such a situation occur; manufacturing at the facility would be halted as the business tries to sort out supplier issues and counter any customs delays.

′My view is that if Britain crashes out of the EU at the end of March, we will see production stop in our factory,' Cooke said. ′It could be hours, days, weeks, even months.'

Toyota Europe President Johan van Zyl, speaking at the Paris Motor Show, said that due to the nature of Toyota's just-in-time production system, the Burnaston plant only has four hours of parts on hand and must constantly restock those in sequence, with an average of 50 trucks carrying components into the UK from the EU each day. Holding more parts to offset logistics delays would increase costs, he said.

A number of Unions have expressed disappointment following meetings with Michael Gove, the minister in charge of no-deal Brexit planning after he failed to provide assurances that the government could prevent damage to the industry.

In the talks, held at the Cabinet Office, union bosses and workers from companies including Jaguar Land Rover (JLR), Airbus, Rolls-Royce and Nestlé outlined concerns that goods may be delayed at the border, tariffs could be imposed on parts and goods, and smaller companies were struggling to build buffer stocks for a second time.

′We are not confident with any of the answers that came back,' said Steve Turner, the assistant general secretary for manufacturing at Unite.

Jude Brimble, the national secretary of the GMB union, added: ′Michael Gove thinks ′we hold all the cards' post Brexit. So how come his government is scrambling around at the last minute to safeguard the UK's 2.5 million manufacturing jobs?

′We've already lost half a million jobs in the past decade – a no-deal Brexit would be a car crash for UK manufacturing.'