Toyota’s bold C-HR design pays off, as company diverges from cautious past 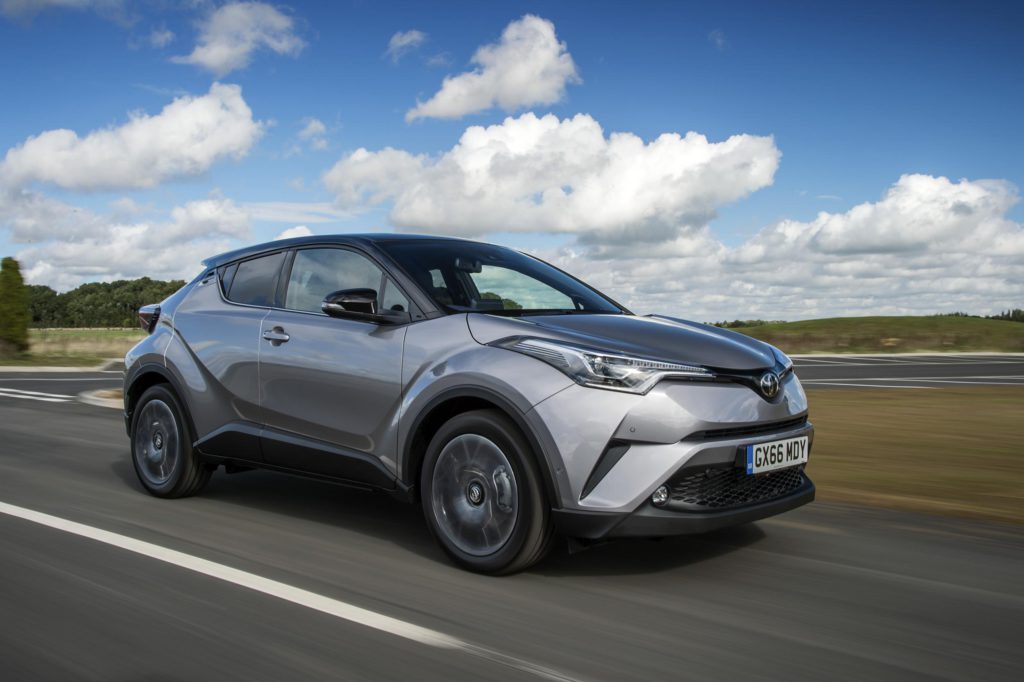 There is welcome news for Toyota’s CEO’s efforts to revitalise the company, with the C-HR having quickly established itself as a leading player in the competitive SUV/crossover segment.

Launched in Europe in early 2017, the CH-R is beating Toyota’s expectations and at around 30,000 units sold in the first quarter, is already vying for second position in the segment alongside the Ford Kuga, Peugeot 3008 and Renault Kadjar. Nissan’s Qashqai is the dominant segment leader with roughly double the sales of its leading competitors.

With Toyota only originally planning to sell 100,000 C-HRs for the entire year, early demand is already straining production at Toyota’s plant in Sakarya, Turkey, whose production was expanded so it could take the model on the same production lines as the Corolla and Verso.

Vice president of sales and marketing at Toyota Europe Matthew Harrison said that 80,000 contracts for the C-HR had been taken through the first quarter to the end of April, adding: ′This year, we will comfortably sell more than 100,000, probably toward 110,000. We have more than two months’ worth of order bank, in terms of consumers waiting. We are having to reallocate supply in order to avoid customer dissatisfaction or unnecessary waiting times.’

Harrison said to Automotive News that as Toyota started to see the final design, execution and pricing for the model, ′there was a surge in confidence,’ which allowed them to plan for higher than anticipated orders as they launched into the booming crossover segment. The Turkey factory is also exporting to the US as of this spring, which will not please President Trump.

In further signs of diesel’s weakening grip on the European market, the C-HR has no diesel option. Harrison said that like most Toyota and Lexus models, most buy electrified versions, with 80% of buyers choosing a hybrid powertrain.

Aimed at the European market, the C-HR (′Coupé High Rider’) is targeted by Toyota with daring styling aimed at appealing to younger buyers. Hiroyuki Koba, general manager of the C-HR, said at launch Toyota wanted to ′turn heads,’ and attract buyers not interested in Toyota before. Toyota’s average buyer age is 56 or 57, several years higher than the industry average, which the company wants to change.

Harrison added: ′The brand is seen as a very respected one that is about quality, durability and reliability, probably one that people choose for mostly rational reasons. Not so cool and appealing to a younger audience.

′One of our aspirations for the brand is to create a little more fun and excitement.’

Harrison also points to additional Toyota SUV and crossover launches in the future, saying that with only three models in the European region (CH-R, midsize RAV4 and full-size Land Cruiser), there is more room in the Toyota line-up.

He said: ′There’s plenty of opportunity for us between C-HR and Land Cruiser,” he said. “It’s not a territory you want to cover with just RAV4.’

Toyota sales have been surging in Europe, contributed by the C-HR and booming Prius, but Toyota’s definition of the ′European region’ includes more than 50 countries from Turkey to Russia, over which its sales are generally holding steady.

Harrison clarified: ′We have been growing, mostly holding share in a recovering market. I think we are moving into a phase with the C-HR introduction where we have got real product-led share growth.’