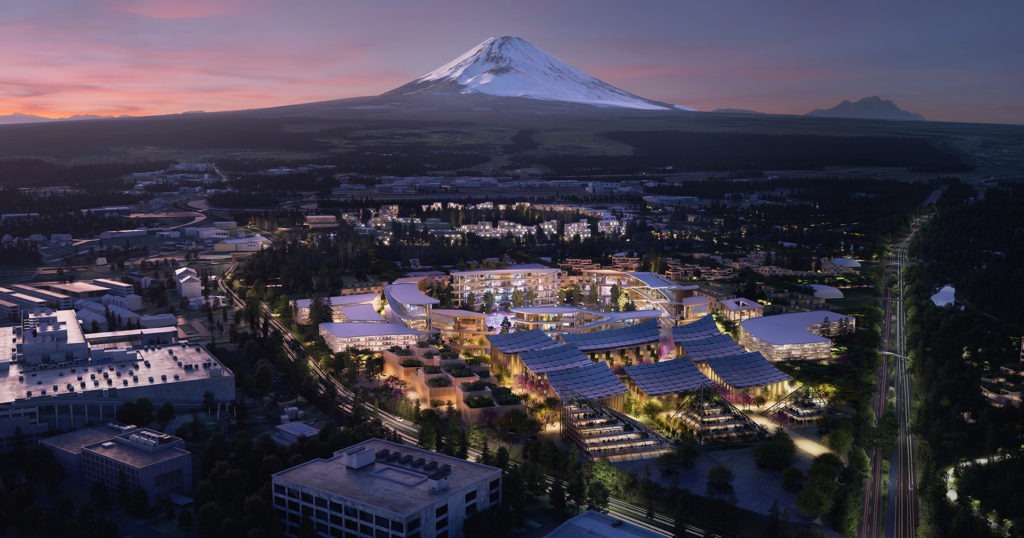 Toyota Motor Corporation (Toyota) has agreed a new partnership with Eneos to explore the use of hydrogen. The two companies intend to develop hydrogen energy for the carmaker’s Woven City project.

Eneos and Toyota will conduct testing and demonstrations in areas related to hydrogen-based supply chains, from production and delivery to usage. They aim to help achieve a carbon-neutral society by 2050, the same deadline as many countries around the world have committed to.

Positioning hydrogen as one of the most viable clean-energy sources for the future, Toyota has invested much time, effort and money in the fuel. The carmaker is looking at various areas to apply fuel-cell technology, including passenger cars, commercial vehicles, industrial vehicles, trains and ships. It is also investigating the proficiency of hydrogen in stationary generators for powering factories, as well as towns and cities.

Toyota’s Woven City project aims to build a metropolitan smart-city, where mobility, energy and accommodation are all connected. The development will be human-centred and work as a ′living laboratory’ to help develop new technologies, such as hydrogen and autonomous solutions. These projects should help the city to evolve.

This project aims to build a society in which people can enjoy a happy, healthy, and sustainable life, the company states.

Toyota and Eneos intend to promote carbon neutrality in everyday mobility, people’s lives, and within the city’s infrastructure. They also plan to raise awareness of hydrogen among resident families and visitors.

As part of the exploration of how the fuel will benefit society, Eneos will establish and operate a hydrogen-refuelling station in close proximity to the Woven City project. The company will also develop green hydrogen – derived from renewable energy. This will be supplied using stationary fuel-cell generators installed within the city by Toyota.

The two companies will also promote hydrogen-powered fuel-cell mobility for logistics in and near to Woven City. There will also be an opportunity to conduct advanced joint research on hydrogen supply at a demonstration hub to be established within the city.

Eneos is a leading company in the hydrogen business, operating 45 commercial hydrogen-refuelling stations in Japan’s four major metropolitan areas. In anticipation of a fully-hydrogen mass-consumption society and to promote the overall low-carbon use of energy, the company is also developing technologies that facilitate hydrogen production, and is building an entire supply chain based on CO2-free hydrogen.

′We strongly support Toyota’s bold vision for demonstrating technologies of the future through Woven City and are delighted to participate in the project,’ said Katsuyuki Ota, president of Eneos. ′We believe that hydrogen energy will play an integral role in the realisation of carbon neutrality on a global scale and that Toyota is at the forefront of developing a fully hydrogen-based society.

′By working together with Toyota to fully explore hydrogen’s potential, we believe we can make a significant contribution to the creation of new hydrogen-based lifestyles. I sincerely hope that by demonstrating Woven City’s approach across the globe, we can accelerate our progress toward a new, more sustainable energy future.’

As companies begin to ascertain its usefulness as a fuel source, there is an ever-growing spotlight on hydrogen.

Currently, carmakers are pushing forward with various battery-electric vehicle (BEV) projects. Yet, such developments are now out of the research phase, giving companies more time to study the benefits of hydrogen and how it can be incorporated into its vehicles.

However, if produced sustainably, hydrogen can also help to power the vehicle-manufacturing process, as well as cars themselves. There are also benefits for the logistics sector and other transport methods, such as planes and trains. Hydrogen provides a fuel, not unlike petrol or diesel, stored in a tank that is easy to refill when required. However, unlike petrol or diesel, there is no combustion process. The fuel is mixed with oxygen to produce electrical energy, which can generate motion, and the only by-product of this reaction is water.

Toyota has been one of the leading voices for the use of hydrogen in the passenger-car market. The company unveiled its second-generation Mirai fuel-cell electric vehicle (FCEV) in 2019 and is developing a hydrogen engine for the Super Taikyu Series 2021 endurance championship.

′Toward achieving carbon neutrality, Toyota has been strengthening its efforts, such as by aiming to promote the use of hydrogen through the popularisation of FCEVs and numerous other fuel-cell-powered products,’ the company stated. ′By further refining its hydrogen-engine technologies through motorsports, Toyota intends to aim for the realisation of an even better hydrogen-based society.’