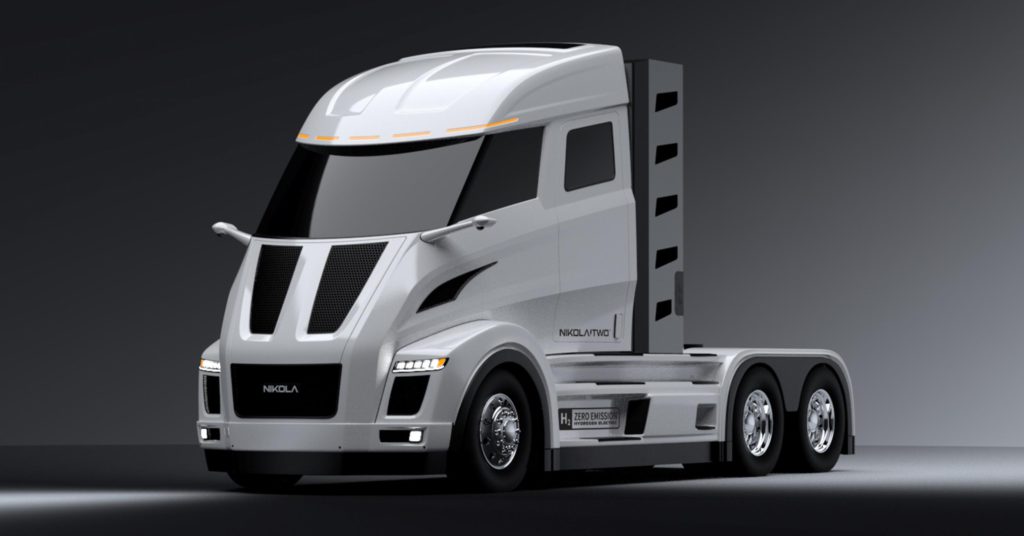 While the automotive market focuses on autonomous and electric passenger cars, it is the heavy commercial vehicle sector that could perhaps benefit most from advances in technology.

Recent figures from the European Automobile Manufacturers Association (ACEA) show that demand for commercial vehicles in Europe slowed in August 2017 compared to the previous month, with just 0.01% growth. However for the first eight months of the year, 1.6 million new vans, trucks and buses were registered, up 3.7% year-on-year. However, both medium and heavy commercial vehicle sales fell across the continent compared to August 2016, with a 2.9% drop for vehicles between 3.5 tonnes and 16 tonnes, and a 2.2% drop for those over the heavier weight.

The figures do not represent a crash in the market, more fluctuations in what is proving to be a stable year for the truck and commercial vehicle industry. However, just like the passenger car sector, there is a lot of change going on behind the scenes, with companies developing new systems and new drivetrains to make the haulage industry more relevant in what is proving to be a time of environmental concern.

With Tesla preparing to announce plans for its electric heavy tractor-unit series, and Daimler’s Mitsubishi Fuso brand bringing its electric truck, the eCanter, to the streets of New York before a global launch in a couple of years, the market is becoming a hotbed for new activity, one where established names such as Volkswagen (VW) are having to catch up with new and emerging suppliers.

One such company is Nikola, which has partnered with Bosch to bring its Nikola One and Two heavy trucks to market in 2021. These vehicles are powered by hydrogen-electric motors, offering 1,000bhp and 2,000ft/lbs of torque, more than capable of hauling heavy loads. The vehicles make use of Bosch’s eAxle technology, first seen at the IAA motor show in Frankfurt during 2017.

′Bosch is an incubator of electromobility solutions. No matter whether at established OEMs or start-ups, Bosch is accelerating development and helps achieve fast breakthroughs on the market,’ said Markus Heyn, member of the Bosch board of management responsible for the Commercial Vehicle Organization.

′We have been aggressively pursuing our goal of bringing the most advanced semi-truck ever built to market,’ adds Nikola Founder and CEO Trevor Milton. ′The powertrain requires an innovative and flexible partner able to adapt quickly to the speed of our team. Bosch has empowered us to come to market quickly with automotive-grade hardware and software so our vision can become a reality.’

Meanwhile, Proterra, another company developing electric truck technology, has entered into a partnership with LG Chem to create a battery cell that is optimised for the haulage industry, with a high charge-rate and energy density to enable it to perform at high-enough levels to meet the demand of the industry.

′Between Proterra’s demonstrated leadership in the heavy-duty electric vehicle industry, and the company’s battery expertise, Proterra has been a strong partner for LG Chem to co-develop a battery cell with for this important market,’ said Youngsun Kim, LG Chem vice president of marketing. ′It is our commitment to be at the leading edge of designing and manufacturing advanced batteries to meet the increasing global demand coming from the electric transportation sector.’

Such developments highlight the need for the entire automotive sector to be building for the future, even in areas where demand for power and performance are crucial to the industry in which they operate.