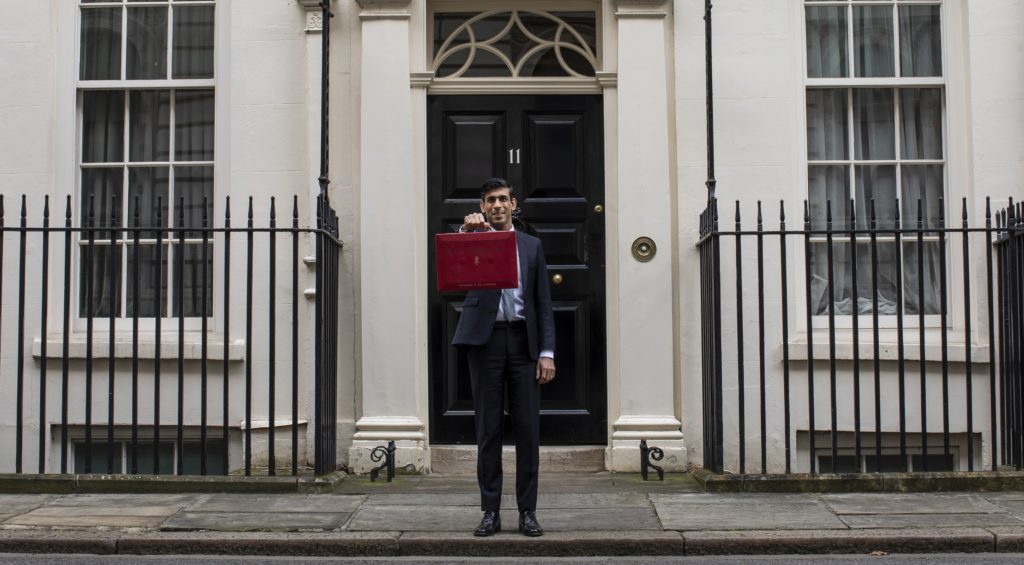 The UK's chancellor of the exchequer has announced a series of measures to boost electric-vehicle (EV) uptake, while also improving roads and transport links.

In his budget announcement, Rishi Sunak unveiled a £1.3 billion (€1.5 billion) package to reduce pollution from transport. The money will be used to increase the number of charging stations for EVs and to improve air quality in cities, as well as to extend the ′plug-in car grant' to help those looking to switch to battery-electric vehicles (BEVs).

This grant, which does not cover plug-in hybrids (PHEVs), will run for another three years thanks to a £403 million (€457 million) cash injection, although the subsidy payment will be cut from £3,500 (€3,967) to £3,000 (€3,400). The scheme was due to end this month, and although reduced, many are relieved that an extension has been granted, especially with BEVs starting to grow their market share.

Alongside this, £500 million (€567 million) will be invested in creating a number of rapid-charging stations around the country, to ensure drivers are never more than 30 miles away from a fast-charge location. At the same time, BEVs over £40,000 (€45,325) will be exempt from the higher vehicle excise duty charges until 2025. The current ′expensive car supplement' sees high-end vehicles pay an additional £320 (€363) a year, on top of the £145 (€164) base charge. With BEVs often more expensive than their traditional-engine counterparts, many view this additional tax as unfair.

A total of £304 million (€344 million) has also been given to local authorities to take ′immediate steps to reduce nitrogen dioxide emissions.' This is a response to councils in cities such as Bristol and Manchester, which have recently proposed banning diesel vehicles from their jurisdiction. However, the chancellor decided against increasing the fuel duty, extending the current freeze by another year. ′Many people still rely on their cars,' Sunak told MPs, although the chancellor signalled that the tax would rise in future.

There was also a £2.5 billion (€2.8 billion) package announced to fix potholes around the country, while £27 billion (€30.5 billion) will be spent on new road schemes. While environmental groups were not impressed with this measure, the announcement includes work on several roads to reduce severe congestion, while a tunnel on the A303 near Stonehenge, a World Heritage Site, will protect the tourist attraction from pollution and related decay.

Reacting to the Budget, SMMT chief executive Mike Hawes stated that the industry body was pleased with the measures taken on transport, especially given the current situation with the coronavirus.

′We are pleased to see the Chancellor find room in his Budget to help make zero-emission motoring a more viable option for more drivers, essential if we are to begin to meet extremely challenging environmental ambitions,' he said. ′The continuation of a plug-in car grant is an essential step in the right direction and, alongside the removal of the premium car surcharge on VED and reduction in company-car tax for these vehicles, as well as a strategic review of national charging infrastructure requirements, should help encourage consumers and support the beginnings of a market transition.'