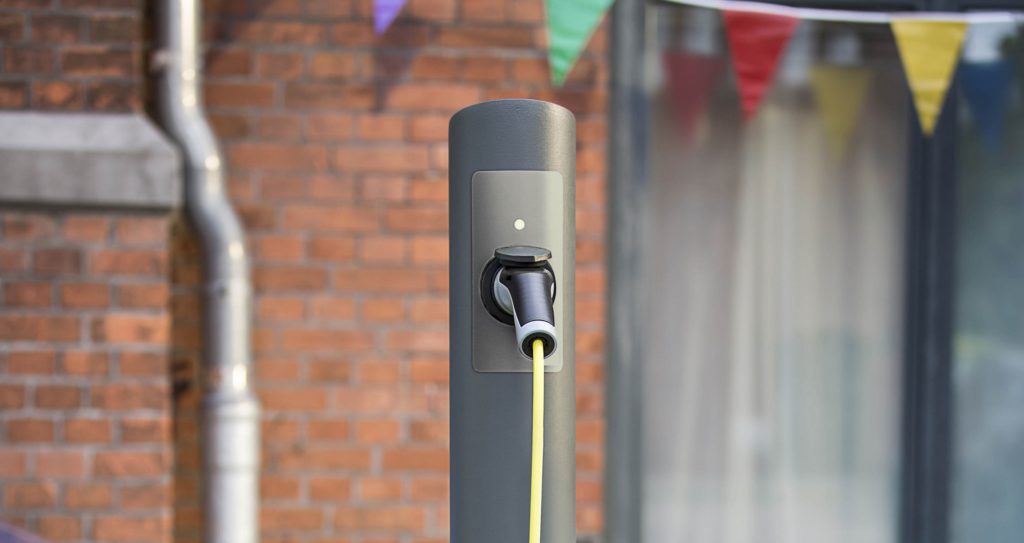 Britain’s independent energy regulator, Ofgem, has promised funds for 3,550 new charging points across the country. Over £300 million (€346.5 million) will be invested in infrastructure including ultra-rapid points at motorway service areas, and additional chargers in towns and cities. The regulator’s pledge to ′rewire Britain’ comes as it acknowledges the importance of infrastructure as a determining factor for those considering an electrically-chargeable vehicle (EV). While Ofgem found that nearly a quarter of consumers were planning to buy an EV in the next five years, a third said they were unlikely to. A lack of infrastructure informed a large part of this decision alongside range anxiety and pricing. ′On the journey to net zero, we need to make it as easy as possible for people to manage without their combustion-engine cars,’ said Keith Bell, member of the Climate Change Committee. ′Electric vehicles are looking more and more attractive, but we need to make sure they can be charged easily, and that means having the right infrastructure – charge points and network capacity – in the right place at the right time.’ Funding the future

Getting underway this year, ′shovel-ready’ initiatives will support clean transport and local-electricity grids. This will include the cabling for 1,800 new ultra-rapid charge points at motorway services and trunk roads, effectively tripling the network. A further 1,750 points will be supported in urban areas like towns and cities. These upgrades will take place over the next two years as Ofgem channels over £300 million into more than 200 low-carbon projects. This investment programme falls within a much larger funding plan, with a value slated at over £40 billion due to be invested within the next seven years. ′The payment will support the rapid take-up of electric vehicles, which will be vital if Britain is to hit its climate-change targets. Drivers need to be confident that they can charge their car quickly when they need to,’ said Jonathan Brearley, chief executive of Ofgem. ′We are paving the way for the installation of 1,800 ultra-rapid charge points, tripling the number of these public charge points. Drivers will have more charging options for longer journeys.’ Ofgem stated funds would be spent across England, Scotland and Wales to tackle a potentially uneven development. Glasgow, Kirkwall, Warrington, Llandudno, York and Truro, were named as areas that will benefit from increased network capacity to support more ultra-rapid charging points for example. Rural areas will also be supported with points for commuters at train stations in North and Mid-Wales, as well as the electrification of the Windermere ferry. One in four The need to boost infrastructure levels should come as no shock to Ofgem, which discovered it was a major barrier to adoption in a recent study of over 4,600 people. More than a third (38%) of respondents said they were unlikely to make the electric switch in the next five years. Having nowhere to charge close to home was a big deciding factor for this group (36%). So too was prohibitive pricing (59%) and short battery life and/or range (38%). However, 24% of respondents said they do plan to buy a battery-electric vehicle (BEV) or plug-in hybrid (PHEV) in the next five years. The Climate Change Committee also anticipates that around 18 million BEVs and PHEVs will be on the road by 2030 when the sale of new internal combustion engine (ICE) vehicles ends. So, whether tackling a perceived shortfall in charging points or racing to meet the inevitable increase in demand, infrastructure needs to see more investment. A recent study of the UK’s car parc, released by the Society of Motor Manufacturers and Traders (SMMT), showed that while the number of cars on UK roads shrunk by 0.2% last year, overall the figures remained stable at just over 35 million. Of these, 199,085 were BEVs. While this represents an 114.3% increase, this powertrain still only makes up 0.6% of the UK’s parc. From 2035, these, together with hydrogen models, will be the only new cars sold in the UK. A report by the Parliamentary Action Committee (PAC) suggested that the transitional phase to this zero-emission future would be ′a huge challenge’, with infrastructure a major factor in this concern. Should a quarter of consumers buy a BEV in the next five years, the number of these on UK roads could conceivably increase to nine million by 2026. It is also worth noting that of the number of BEVs currently on UK roads, more than half were registered in 2020 alone. While the number of available models increases and improvements in battery technology continue, it is clear to see why infrastructure could be a big barrier to adoption should investment not continue.
Tech Electric Vehicles