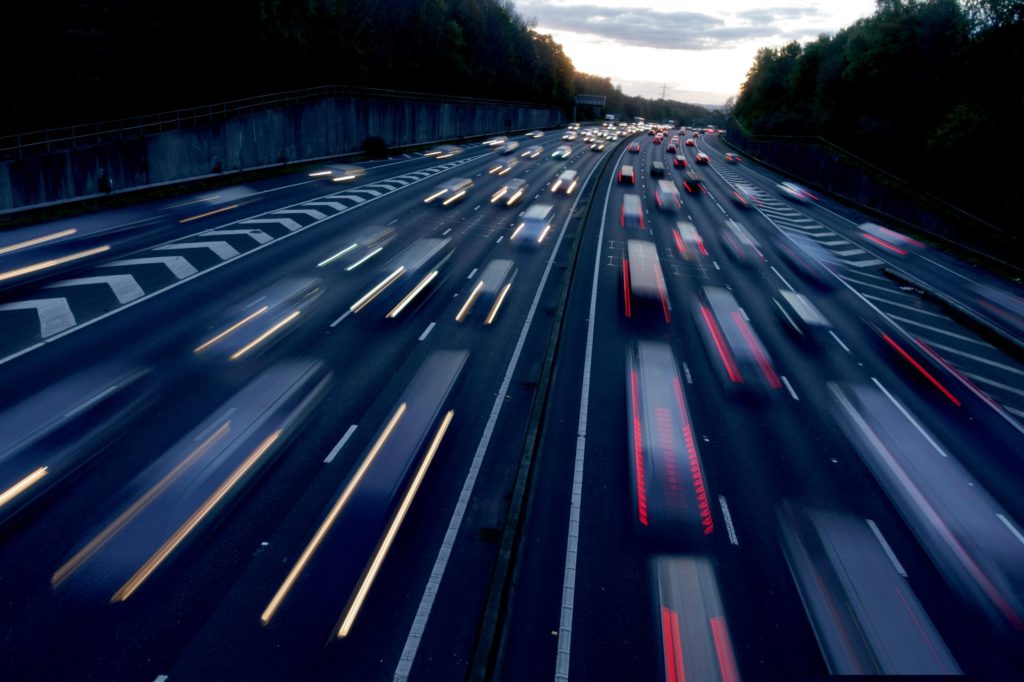 The UK government will investigate the safety of smart motorways following an increase in fatalities on the country's major road networks.

An inquiry by the Transport Committee will also consider the impact of the new-style motorways on reducing congestion on busy road sections. The move comes after coroners raised concerns about deaths on a stretch of the M1 in South Yorkshire.

Smart motorways see the hard shoulder alongside the carriageway converted into an additional lane. Some stretches of road only allow for this to be used during busy periods (dynamic hard shoulders). Many, however, are converted to ′all-lane running' (ALR), with emergency refuge areas (ERAs) at various intervals for cars to pull into should a problem occur.

Cameras and sensors are put in place on these stretches of road to detect broken-down vehicles stranded in an active lane. Warning signs are then displayed to drivers, along with temporary speed limits. There have been concerns that such warnings take too long to put in place. Some drivers also ignore these signals, putting the lives of motorists, recovery workers and emergency-service personnel at risk.

Campaigners against smart motorways have called for them to be scrapped. One coroner concluded that smart motorways ′present an ongoing risk of future deaths'. Another has referred Highways England to the Crown Prosecution Service to consider if corporate manslaughter charges are appropriate following the 2018 death of a grandmother on the M1 in South Yorkshire.

According to various reports, around 14 deaths occurred on smart motorways in 2019. There were 11 deaths in 2018 and just five the year before.

In evidence to the Committee earlier this month, the Secretary of State for Transport, Grant Shapps, told MPs that he did not want to carry on with the system of smart motorways, which he had inherited on coming into office.

′What I commit to is making sure that the motorways we have in this country are safer than the motorways that came before them,' Shapps commented. ′That is the commitment I make. To be robust and clear from the evidence of, sadly, how many people die on our motorways, they are the safest form of road, but they should be safer.'

One argument made in favour of smart motorways upon their adoption in the UK was the reliability of modern vehicles compared to older ones. However, sales of new cars decreased last year, and economic pressures favour the used-car market. This means the average age of the country's car parc will increase. The older a vehicle gets, the more susceptible it is to failures.

The argument also fails to take into account external factors. Tyre failures could leave a vehicle stranded between ERAs, while debris in the road itself could lead to a sudden breakdown.

The Netherlands has developed a similar system of active traffic management on motorways covering roughly 100km of short sections of road across the country. This can only be activated during congested periods, similar to the UK's dynamic hard shoulder. However, refuge areas are placed every 500-1000 metres and cameras cover the entire system to spot stranded vehicles.

In March 2020, the Secretary of State published an in-depth evidence stocktake of smart-motorway safety, with an 18-point action plan to improve their record. This included extending stopped-vehicle detection systems to all stretches of smart motorway by 2023, although this has been brought forward by a year.

It also suggested converting all sections of dynamic hard shoulder to ALR by 2025 and a £5 million (€5.8 million) publicity campaign to increase awareness and understanding of smart motorways. Public confidence in using smart motorways and how they can be improved will be a core element of the Committee's inquiry.

The Department for Transport says that smart motorways help the country cope with a 23% rise in traffic since 2000, by lowering congestion. It also points to lower fatal-casualty rates for smart motorways without a permanent hard shoulder than those with such a lane. However, the serious-casualty rate is slightly higher.

′This message isn't reaching the public, whose confidence in smart motorways has been dented by increasing fatalities on these roads,' said Huw Merriman MP, chair of the Transport Committee. ′Road safety charities are also expressing concerns. Will enhanced safety measures help? Will the public accept them following an awareness campaign? Or should there be a rethink of government policy?

′There are genuine worries about this element of the motorway network, and we want to investigate how we got to this point.'