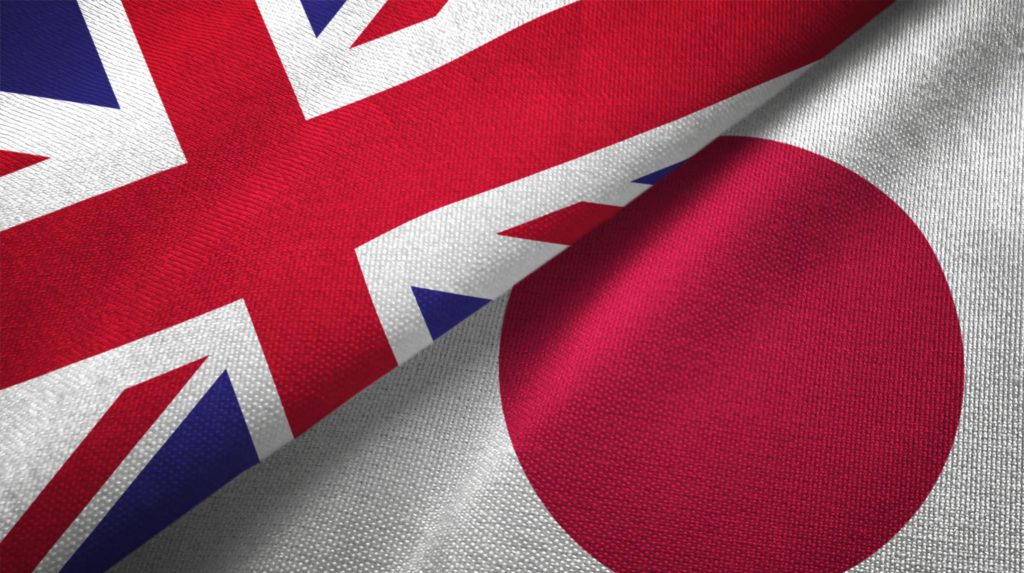 The UK has started talks with Japan on a free trade arrangement (FTA), in a move that could see tariffs on cars and parts removed following the end of the Brexit transition period.

The EU and Japan have a FTA to which the UK is a party. Following the country’s departure from the EU on 31 January 2020, it is currently in a ′transition’ phase, taking advantage of European deals and free trade until 31 December. While the threat of a ′no-deal’ with Europe remains, the opening of talks with Japan is a positive step to ensuring a disruption-free automotive supply chain.

Last year, UK trade with Japan was worth over £30 billion (€33.7 billion) and 9,500 UK-based businesses exported goods to the country, helping to employ 2.4 million people across the country. The UK Government says the agreement will build on the existing EU-Japan deal. It will go further by securing additional benefits in areas such as digital trade and providing support for the UK’s 5.9 million small businesses.

The two countries hope to have an agreement in place and ready to begin by the end of the UK’s transition period on 31 December 2020.

Two of Japan’s largest carmakers have plants in the UK, with Honda closing its Swindon factory in 2021. In early 2019, Nissan announced it was cancelling intended production of the X-Trail in its Sunderland plant, instead planning to build the model in Japan, a move that was linked to continuing Brexit uncertainty. Building in its home market means the carmaker could continue to export the model to Europe without incurring tariffs, something that is threatened by the possibility of a no-deal Brexit.

′In the negotiations, we hope to urge Britain to bring forward the period for which tariffs will be removed mainly for autos and auto parts … as well as adopt high-level rules on digital trade,’ trade minister Hiroshi Kajiyama told a news conference.

If tariffs are removed, both Nissan and Toyota, as well as other carmakers relying on Japan for parts, and the automotive aftermarket, will benefit, ensuring they do not have to decide between absorbing additional costs and passing them on to their customers.

The deal could also help Sunderland, with Nissan continuing its assertions that the plant would be ′unviable’ should the transition agreement end without a deal, placing tariffs on imports and exports between the UK and Europe.

The Society of Motor Manufacturers and Traders (SMMT) and the Japan Automobile Manufacturers Association (JAMA) have welcomed the talks. ′Our two automotive industries have had a deep and mutually beneficial trade, technology and investment relationship for nearly forty years, thanks to continuous support from both governments,’ the two bodies said. ′To further enhance this long-term partnership, SMMT and JAMA believe that the conclusion of a new Japan-UK FTA based on the terms of the Japan-EU EPA {Economic Partnership Agreement] – and its immediate implementation after the end of the transition period – would greatly benefit economic prosperity both in the UK and Japan.’

The UK’s international trade secretary Liz Truss added: ′This deal will provide more opportunities for businesses and individuals across every region and nation of the UK and help boost our economies following the unprecedented economic challenges posed by the coronavirus.’